Baker Mayfield, Browns look to rebound, get much needed win as No. 1 pick Joe Burrow visits in prime time 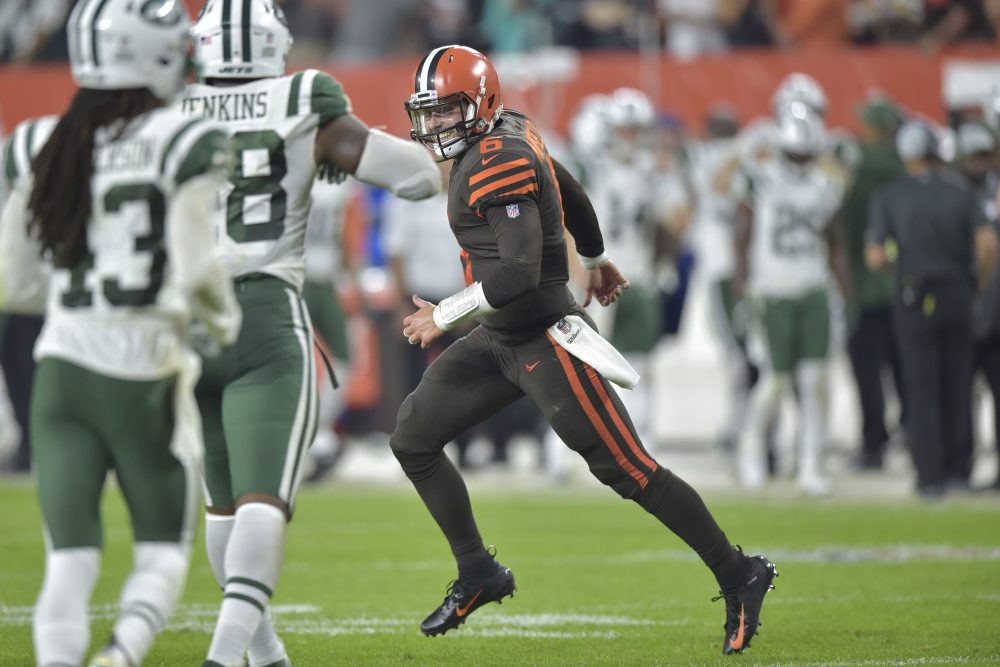 Baker Mayfield burst onto the NFL scene on a Thursday night in Week 3 of his rookie season. He came off the bench for a concussed Tyrod Taylor, played with poise and passion and led the comeback victory that unlocked refrigerators filled with beer and had Northeast Ohio partying into the wee hours.

One week shy of two years later, another No. 1 overall pick with a room at the Heisman House will enter FirstEnergy Stadium — which will have 6,000 fans among the 67,895 seats — in search of an early signature victory. The Browns can’t let that happen for rookie Joe Burrow, who’s pumped life into the Bengals organization after leading LSU to a national championship with one of the best seasons in the history of college football.

The Browns have too much at stake Thursday night. They’re trying to save their season.

That may seem extreme for Week 2, but a 38-6 loss to a division rival in a coach’s debut messes with the equilibrium.

Mayfield was once where Burrow is.

He was excellent as a rookie and filled Browns fans with enthusiasm as he went 6-7 and threw for 3,725 yards and a rookie-record 27 touchdown passes against 14 interceptions for a 93.7 passer rating. But 17 games later doubts have invaded.

Mayfield was rocky again Sunday in the loss to the Ravens, going 21-for-39 for 189 yards, a touchdown, an interception on the first drive and a 65.0 rating. He was thoroughly outclassed by counterpart Lamar Jackson and blamed the early struggles on first-game jitters and needing to settle in quicker.

“Just trusting my guys to be in their spots, not trying to do too much and get the ball out of my hands,” he said.

Mayfield admitted to doubting himself during last year’s struggles — 59.4 completion percentage, 21 interceptions, 78.8 passer rating — and said Tuesday his poise in the pocket suffered.

“It definitely declined, just based on protection and where my head was,” he said, adding he is more confident in the protection this year and feels his pocket presence is where it was as a rookie.

Burrow doesn’t have the NFL scar tissue Mayfield has acquired and played free and easy in the 16-13 opening loss to the Chargers. He went 23-for-36 for 193 yards with an interception and a 66.1 rating. But he ran for a touchdown — he’s a better athlete than Mayfield and 2 inches taller at 6-foot-3 — and was in control in leading a late drive that included a touchdown pass that was negated by a penalty.

The Browns will try to stop Burrow with a defense that was destroyed by Jackson (275 yards, three touchdowns) and will be without cornerbacks Greedy Williams and Kevin Johnson and linebackers Mack Wilson and Jacob Phillips. Burrow was an easy pick for the Bengals after completing 76.3 percent for 5,671 yards with 60 touchdowns and six interceptions in leading LSU to the national title after transferring from Ohio State.

“He is the GOAT — no, I am playing,” receiver and LSU alum Odell Beckham Jr. said. “He won the ’ship for us. That was tremendous to be able to see. I felt like LSU always had the best of teams but just could not find a way to put those pieces together. I think he soothed a lot of pain that a lot of us players had felt. He is forever a legend.”

Mayfield is too young to be old news, but with the arrival of Burrow, he’s in danger of being an afterthought inside the AFC North. Jackson is the reigning MVP, Ben Roethlisberger is back for the Steelers and Burrow is the fresh face.

“I have a ton of respect for Baker,” second-year Bengals coach Zac Taylor said. “It is a division that is full of great quarterbacks, and there are going to be exciting battles in any divisional matchup. We are excited to get this one underway.”

Coach Kevin Stefanski described Mayfield, the offense and himself as inconsistent in the opener, but belief remains in the system and the players.

“Obviously there is a ton of room for improvement,” Mayfield said. “It is not just false hopes. It is there.

“I thought we ran the ball well early, and finding more completions early on for me, let me focus on that to where we are smooth and just going up and down the field, keeping the chains moving.”

“We see it every day here in practice,” Chubb said. “The things that we are not doing on the game field, we have done it here. It is just about putting it all together, finding a rhythm and making it happen when the day comes.”

“It is better for us to kind of get back out there right away, get the bad taste out of our mouth and go out there and get a win,” Chubb said. “That is going to be big for this team and big for everyone around us.

“Our team is in the right mindset. We know what happened last Sunday was not who we are or anything like that, but we just have to keep pushing. We have a great chance to show it in front of the world.”