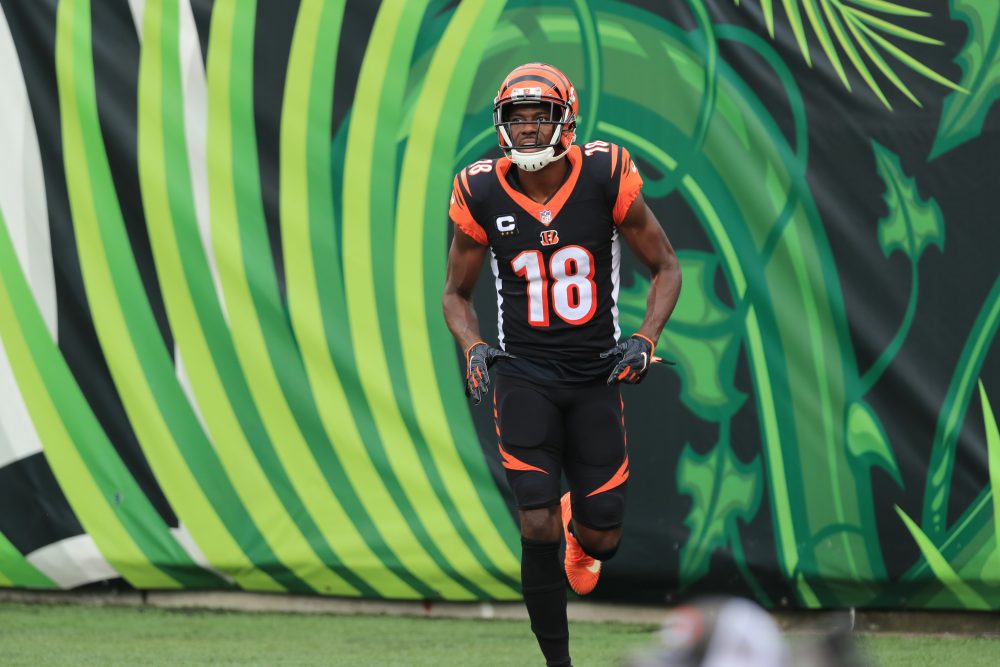 Browns third-year cornerback Denzel Ward will finally get the challenge of covering Bengals receiver A.J. Green, who missed all of last season and chunks of 2018 with injuries. The matchup is worth watching, with Green a seven-time Pro Bowler and Ward eager to join the league’s elite. But the bigger concern for the Browns is the depth of the Bengals receiving corps vs. a short-handed secondary.

Tyler Boyd is coming off two straight 1,000-yard seasons, John Ross is a certified speedster and Tee Higgins was drafted in the second round in April. If that weren’t enough, the Bengals ran seven plays with five wide receivers in their opening loss, according to The Athletic. The Browns don’t have five healthy cornerbacks. Greedy Williams (shoulder) and Kevin Johnson (lacerated liver) remain out, bumping Terrance Mitchell, Tavierre Thomas and M.J. Stewart Jr. to Nos. 2-4 behind Ward. The Browns might be forced to promote Robert Jackson and/or A.J. Green (not the same one) from the practice squad to try to keep up.

Baker Mayfield, Browns look to rebound, get much needed win as No. 1 pick Joe Burrow visits in prime time

No one needs to be reminded what happened the last time defensive end Myles Garrett played on a Thursday night. The Browns need him to push that out of his head and dominate the highlight reel for a different reason. Garrett was a non-factor in the opener — a tackle and a fumble recovery — but with him moving to the left side this season, he has a favorable matchup against Bengals right tackle Bobby Hart, who couldn’t handle the Chargers’ Joey Bosa last week.

No. 1 pick Joe Burrow was sacked three times and harassed often in his debut, and getting after him is the best chance for the Browns. Defensive tackle Larry Ogunjobi is coming off a stellar opener, with four tackles, a tackle for loss, a forced fumble and Pro Football Focus’ top defensive grade in the league at 94.1. The front four must dominate, starting with Garrett.

A KICK IN THE REAR

Of course, the bulk of the attention will go to kicker Austin Seibert, who was waived by the Browns on Monday and claimed by the Bengals on Tuesday. He struggled kicking into the Dawg Pound as a rookie in 2019, but fans are already worried he’ll make the winner as the enemy.

Interceptions thrown by Baker Mayfield in two games vs. the Bengals last year

Games with three or fewer catches for Odell Beckham Jr. in 17 outings with the Browns

If there can be a must-win in Week 2, this is it. I’m not as confident as the oddsmakers, who like the Browns to win by a touchdown, but I think they get it done. Browns 27, Bengals 24.