Notes: During interview on Uninterrupted, Odell Beckham Jr. says he plans to play for as long as he can, is in “best place” in his life 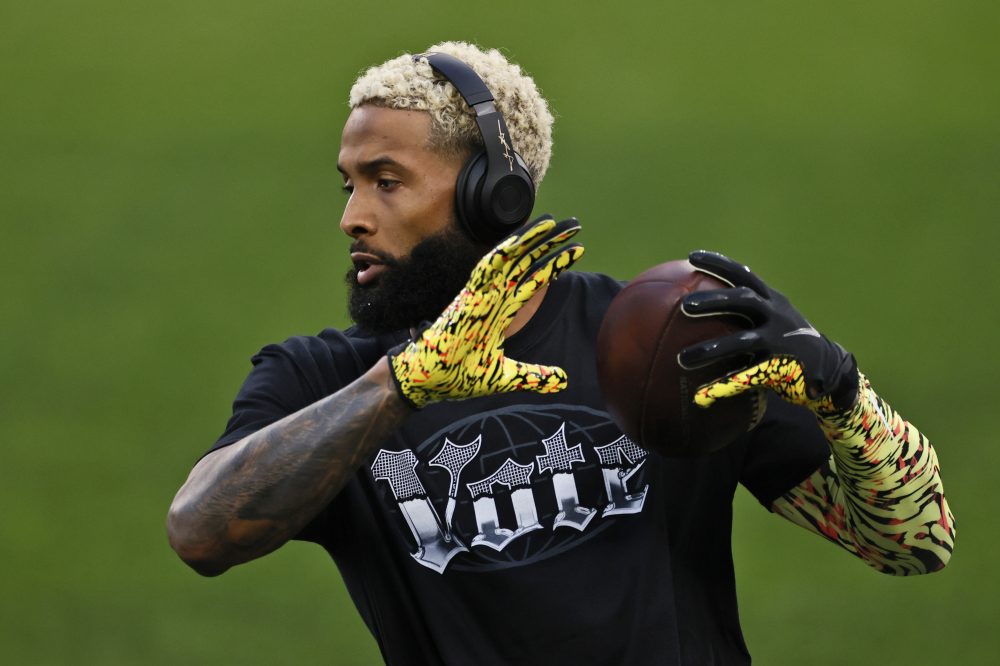 CLEVELAND — Odell Beckham Jr. believes he’ll get better with age — just like the wine that helped him get through quarantine — and plans to play as long as he can.

Beckham sat down for a 17-minute interview with Maverick Carter for Uninterrupted, an all-digital sports programming platform founded by LeBron James. Carter is James’ longtime friend and business partner.

“I gave up everything else in my life for this. I’m just going to push it,” Beckham said on the episode that was released Thursday.

Beckham, 27, is in his seventh season. He was rookie of the year, a three-time Pro Bowler with the Giants and has five 1,000-yard seasons, including last year in his first with the Browns.

He feels he has a lot left to accomplish.

“I say this in the most respectful way. I feel I haven’t done sh–, when I have done a lot,” he said. “I just want to succeed more, achieve more. The biggest thing that’s helped me is just to look back and be like, I’ve done this, I’ve done that, and be appreciative of those moments.”

Beckham, who had three catches for 22 yards on 10 targets in the 38-6 opening loss to the Ravens, thinks he’ll become more efficient as he slows down with age.

“I feel like watching (Michael) Jordan’s doc and just seeing when he was younger, he was just out there playing. As he got older, his game evolved even more,” Beckham said. “I remember saying when I was 18, 19, when I get a little older and may have lost a step in speed, it may be one of the best thing to happen to me. Because now everything just slows down and I can just be more efficient instead of just playing off of talent.

“But as I get older I’m going to still feel young. I’m like an old soul but a young spirit.”

The interview was done at Beckham’s home in a western suburb. A theme was how happy he feels there, something owner Dee Haslam said she noticed.

“It feels good for us to be here. And just kinda progressing in life,” Beckham said. “It’s been very special. This is the first time I’ve ever been with somebody, like living with somebody, and just with somebody with somebody. I love her to death. It’s just been great. She holds it down for me.

Besides putting a dent in his wine supply, Beckham said he used the shutdown to get “my mind, my body, my soul right.” Instead of focusing on football, he thought about bigger issues, including voter suppression.

“I’ve never voted. I’ll be honest with you,” Beckham said. “Now seeing how important it is, my biggest message is going to be to vote, to (say), ‘If all of you feel a way about something, that your vote will actually matter.’ The only way out of it is to vote.”

He said he also got involved in the discussions for the new collective bargaining agreement passed in March. He voted against it, it passed and he was mad about all the players who didn’t vote.

“First of all, I still believe in Baker,” he said on an NFL Network call. “I still believe that he is going to be the long-term answer for the Browns as the franchise quarterback. I believe the Baker we saw in Year 1 is who we’re going to see this year.”

But Thomas doesn’t have his head buried in the sand. He realizes Mayfield needs to play better.

“You could go as far and say that this is a make-or-break year because it’s kind of like the rubber match, right?” Thomas said. “So this is the year where we find out what was the real Baker. Was Year 1 when he looked good, or was it Year 2 when he looked bad?”

GET HIM THE BALL

Former Panthers receiver Steve Smith, a five-time Pro Bowler, commiserated with Beckham, who said Tuesday he wants to get involved early in games. Beckham waited nearly 20 minutes for a pass in the opener.

“It’s a Catch-22. It’s almost the chicken or the egg — what came first,” Smith said. “Because obviously Odell, any wide receiver who was traded and is getting paid a king’s ransom, does expect to catch the ball way beyond 10 minutes and 53 seconds into the second quarter. That for any wide receiver, high-paid, low-paid, if you’re considered a No. 1, that’s unacceptable. That’s just how it goes.”

** The Browns pulled a surprise by wearing orange pants with their brown jerseys. Orange pants weren’t among the uniform combinations released in the spring.

Notes: Baker Mayfield encourages fans to get “rowdy,” and Kevin Stefanski says 6,000 will sound like 60,000
Notes: Myles Garrett’s critical strip-sack biggest bright spot for defense that struggled to get off field, allowed 30 points