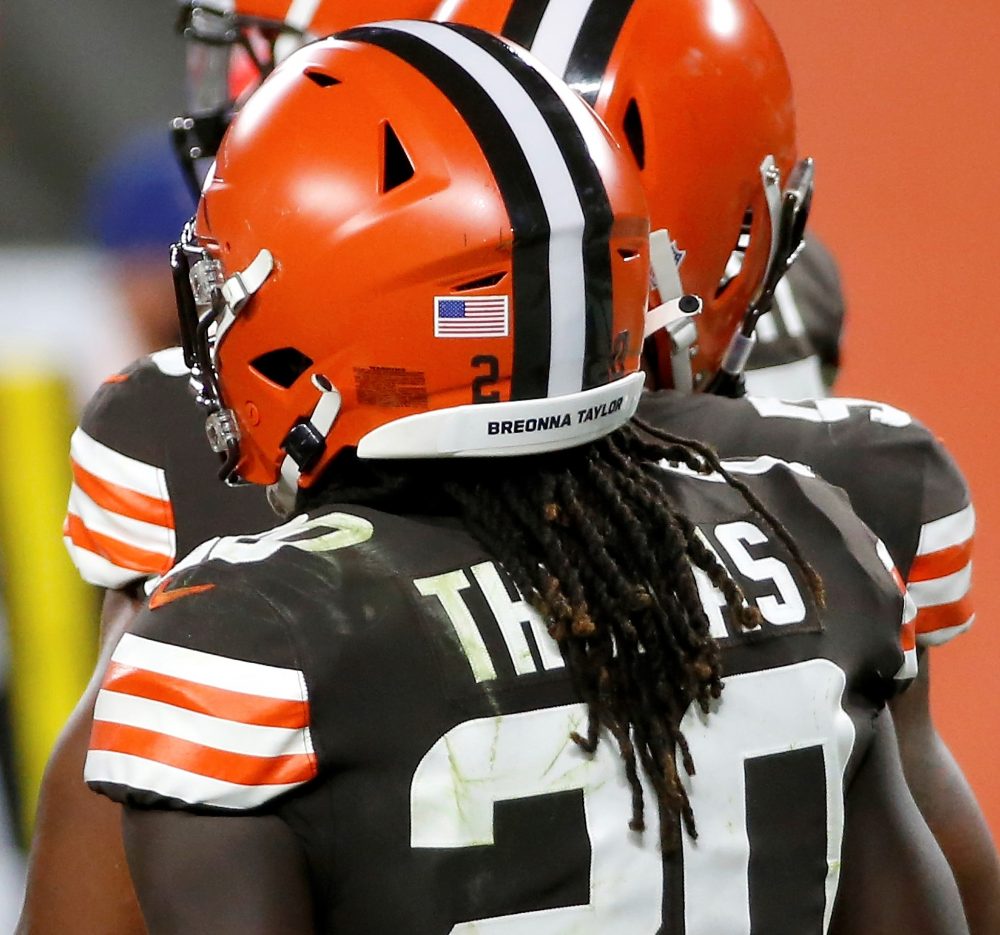 A Kentucky grand jury Wednesday didn’t indict any of the police officers on charges directly related to the shooting death of Breonna Taylor at her Louisville apartment in March. Taylor’s death had inspired protests and outrage across the country.

While the receivers were among the Browns players devastated by what they consider a lack of justice for Taylor, they vowed to continue to fight for social justice and to end systemic racism.

Beckham said it’s important to channel the frustration into working for a better outcome.

Odell Beckham Jr. finds “acceptance,” understands he’ll have to learn where he fits in offense led by running game

Coach Kevin Stefanski formed a social justice committee this year, and the players presented their proposal for effecting change during training camp. The Browns will focus on education, police reform and accountability, economic advancement and community support and non-partisan voter registration, education and turnout.

“We got to discuss with them kind of the steps they are taking to work with the community and how we can help in those relationships that we want to try and build with Cleveland Police,” left guard Joel Bitonio said.

Beckham and Landry were particularly gutted by the decision in the Taylor case because they expected it.

“I think that is the hardest thing to deal with is not to be accepting of that but to have to accept that these type of things will happen,” Beckham said. “It is truly sad. It really is. I do not have the right words for it. I just pray that this world gets better. It could just be such a beautiful place, and it is not.”

Disgusted. Heartbroken. But the worst part about it all is.. I’m not shocked.

He said the players hadn’t discussed whether they’ll honor Taylor before the game Sunday against Washington but said they’ll come up with a plan.

“It is tragic how the system continues to fail and recognize …” Landry said. “They see what is going on, but they fail to go about it the right way or bring justice to all that was involved. It is just a sad thing.

“I want to say that it comes by surprise, but it is not a surprise. It has been going on forever, and this continues to show us the problem that is here in America, honestly. It is always tough.”

Notes: Right tackle Jack Conklin “ready to go,” says he’ll be 100 percent to face Washington on Sunday
O-line looks to neutralize, D-line wants to overshadow Washington’s hyped front four as Browns try to get above .500 for 1st time since 2014