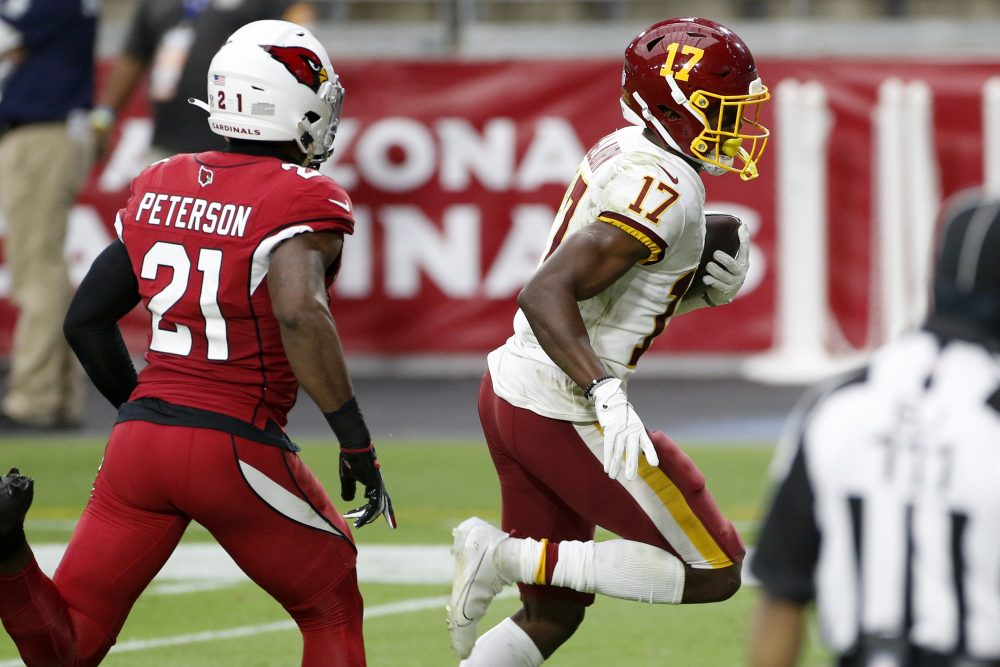 Second-year receiver Terry McLaurin is Washington’s scariest and most effective offensive weapon. The Ohio State product had seven catches for 125 yards — his fourth 100-yard performance in 16 games — and a touchdown last week in a loss to Arizona and is averaging 15.79 yards a catch in his career. Browns coach Kevin Stefanski called him a “game-changer.”

“He just he does everything well,” Stefanski said. “He separates from people, he is good with the ball in his hands and makes contested catches. He is very, very dynamic. We have to be about our business.”

The Browns will again be short-handed in the secondary — they just don’t know how short. No. 2 cornerback Greedy Williams (shoulder) was ruled out and No. 1 corner Denzel Ward (groin) listed as questionable. If Ward doesn’t play, that would push Kevin Johnson outside and leave Tavierre Thomas in the slot again. Thomas must be better than he was last week against the Bengals, as quarterback Joe Burrow picked on him all night.

Washington quarterback Dwayne Haskins is still finding his way in his first season as the full-time starter. He went 2-5 as a rookie a year ago after being the No. 15 pick out of Ohio State. Haskins has yet to light it up — he tied a career high with 19 completions last week and has never thrown for 300 yards — but he doesn’t make the big mistake. He’s gone four straight games without an interception, and has only seven in 11 games.

That doesn’t mean he plays tentatively.

“Not scared to scramble. Not scared to gamble, either,” Browns defensive end Myles Garrett said. “He is a fearless young man. He is taught well. He gets the ball off quick. I like how his game is developing. I think he has a promising career ahead of him. We have to just try and take advantage of those quick early ones and get him into those long third downs, which they do not like to allow him to have freedom on, and make him make those big throws that he has not had to make.”

The season is still young, but the Browns’ performance on special teams has already gotten old. They failed on a fake punt in the opener, Austin Seibert was cut after missing two kicks and his replacement, Cody Parkey, knocked a kickoff out of bounds against the Bengals.

Believe it or not, that’s not even the worst of it. The kick coverage has been downright dismal. Opponents are averaging 37.8 yards on kickoff returns and 13.0 on punt returns, as respected coordinator Mike Priefer grows increasingly frustrated.

“We are very aware that we have to do better there,” Stefanski said. “I think we have the people to do that.”

Wins for the Browns vs. the NFC last year — they were swept by the West

Career touchdowns catches for Odell Beckham Jr. — 35 in his first three years, 14 in the last three-plus, including five in 18 games with the Browns

Rushing yards for the Browns after contact, first in the NFL. They have 353 rushing yards in two games, second in the league.

THE PICK: If the Browns can keep Washington’s defensive line from wrecking the game, they’ll be good to go. I think the guys in the trenches are up to the task. Browns 30, Washington Football Team 20.