Analysis: Browns’ good start is a positive sign — but it is only a start 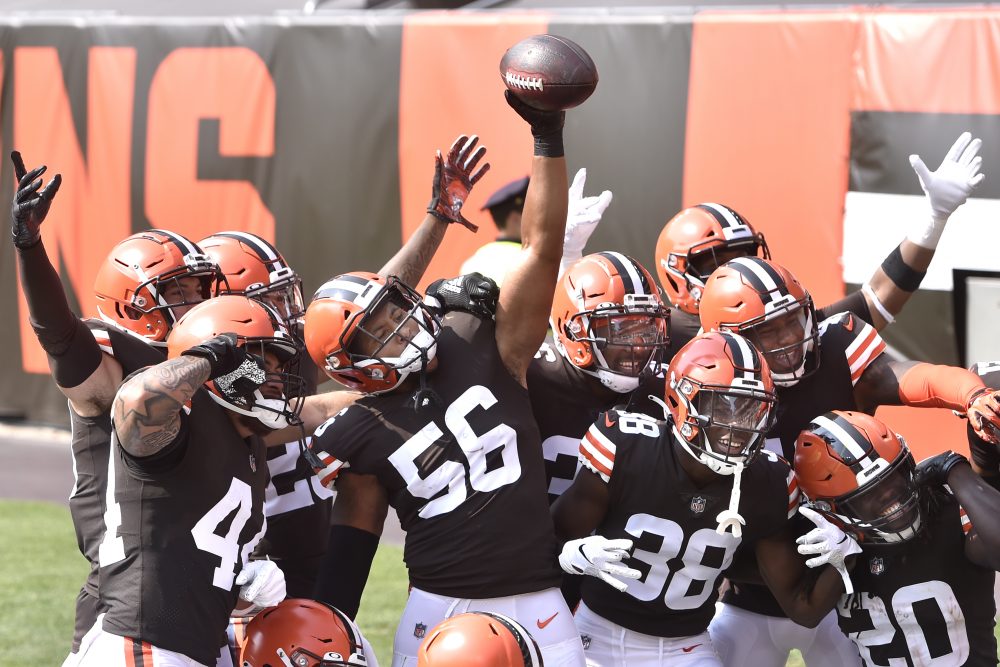 When I studied the schedule in the offseason and preseason, I thought the Browns would start 2-1. When I made the picks before each game I had them losing to Baltimore by double digits, barely beating Cincinnati and pulling away from Washington.

Just because I expected them to be 2-1 doesn’t mean I’m not a bit surprised they actually are. I’ve covered the Browns too long to take anything for granted, and have seen too many winnable games quickly morph into demoralizing defeats.

So while the journey to the first winning record since December 2014 certainly wasn’t smooth — and began by getting stuck in a giant pothole — the destination deserves admiration. The Browns should be 2-1 and are, which is a nice change for fans.

Quarterback Baker Mayfield and defensive end Myles Garrett expressed relief and gratification Sunday after the 34-20 win over Washington. Garrett’s in his fourth year and Mayfield his third, and neither had been above .500.

“It is good for confidence to know that we are moving in the right direction,” veteran linebacker Malcolm Smith, who’s in his first year with the Browns but won Super Bowl MVP with the Seahawks, said Monday.

The Browns have proved to be resilient under new coach Kevin Stefanski. They rebounded from the 38-6 opening disaster and from second- and fourth-quarter deficits against Washington. Not to mention, fought through a trying offseason that was held completely remotely and concluded with a truncated training camp and no preseason games.

“I know a lot of times people think, ‘Hey, you slap these players together and this coaching staff and you want instant success,’ but it is not ‘Madden,’” Smith said. “People have to come together and you have to jell as a group and figure out kind of the intricacies of everything we are doing. We have to stay confident, moving in the right direction and continue to build off each practice and each game.”

The Browns have already shown plenty of improvement.

Mayfield steadied himself after the opener with back-to-back games of 70 percent completions, receiver Odell Beckham Jr. made critical catches, Garrett had pivotal strip-sacks in consecutive games, the offensive line won the majority of battles in the run and pass games, new kicker Cody Parkey hasn’t missed and the defense got five takeaways against Washington.

They still have a long way to go.

Mayfield hasn’t had to win a game with his arm, the back seven of the defense remains highly susceptible to the pass and the punting game has regressed from a year ago.

The growth will be tested over the next three weeks, as the Browns head to Dallas (1-2), host Indianapolis (2-1) and visit Pittsburgh (3-0). The trio of teams is talented and obviously has better recent pedigree than the Browns, but none is unbeatable.

The Browns have playoff aspirations, and in order for them to be fulfilled they have to beat quality teams. This would be a good time to start.

During the two decades of losing, the Browns have never consistently been a team that could win any given Sunday. They have the talent for that to be different this year, so there’s no reason they shouldn’t come out of the next three games 3-3 — at the worst.

If they do that, they will have survived the toughest part of the schedule and emerged in good shape. As Smith said, the roster is still getting comfortable with each other, the coaching staff and the systems. Things should only get better, especially if the defense gets healthier.

It will have its hands full Sunday against the Cowboys, who are averaging 29.3 points a game behind quarterback Dak Prescott, running back Ezekiel Elliott and receivers Amari Cooper, CeeDeem Lamb and Michael Gallup.

“Every skill position they have is awesome,” Smith said. “It is definitely going to be a challenge for us, but it is definitely one that we are excited about. It is a really good opportunity to see where we are as a unit obviously going against a team that has really high expectations already, and we get to match it.”

The two straight victories and a winning record are nice and shouldn’t be disregarded. They are only the first step.