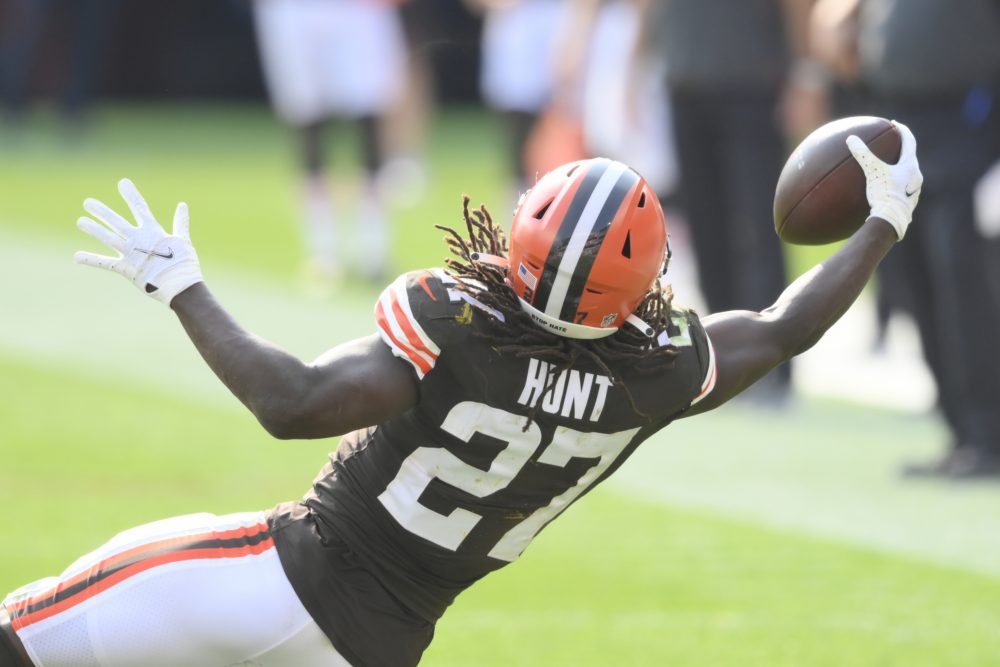 Running back Kareem Hunt (groin) and left guard Joel Bitonio (back) didn’t practice as the Browns (2-1) began on-field preparations for the game against the Cowboys on Sunday.

Hunt and Bitonio finished the 34-20 win over Washington on Sunday, as Hunt got the last three carries and appeared OK.

In three games, Hunt has rushed 39 times for 204 yards, a 5.2 average and a touchdown and caught eight passes for 42 yards and two touchdowns. He and starter Nick Chubb make up the league’s most productive running back tandem.

Bitonio has played every offensive snap since the start of the 2016 season.

Stefanski called them “day to day.” He used the same phrase in August for cornerback Greedy Williams, who has yet to play in a game.

** Williams (shoulder), Tretter (knee) and right tackle Jack Conklin (elbow) were limited. Stefanski said it was too early to say if Williams will make his season debut Sunday.

Browns 34, Washington 20: Cleveland capitalizes on turnovers, improves to 2-1 for 1st time since 2011
After quiet fourth quarters in back-to-back wins, Baker Mayfield says he’s ready if shootout breaks out vs. Dak Prescott and Cowboys