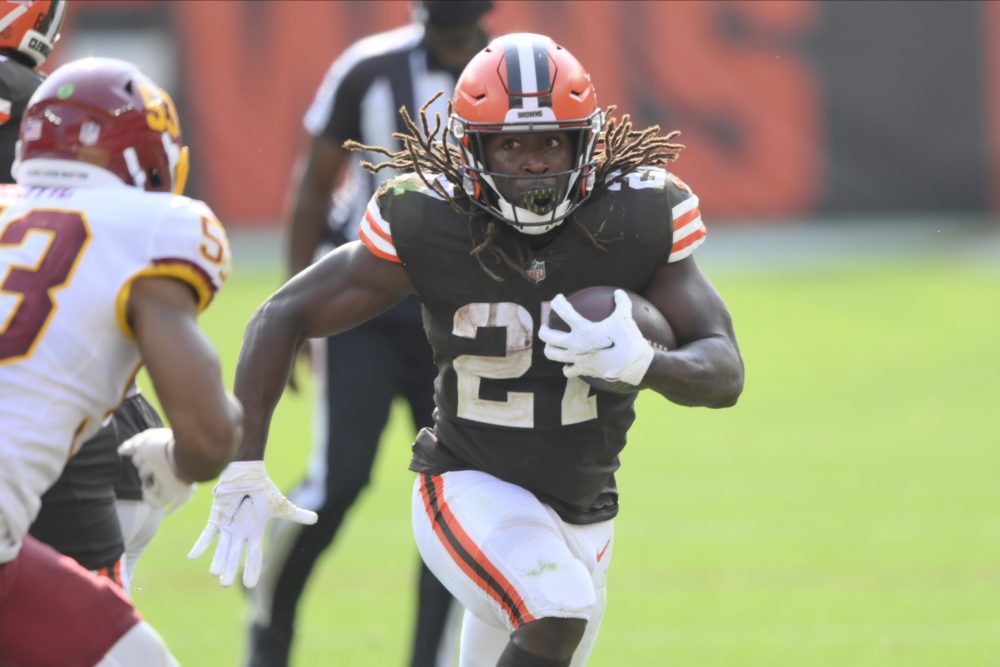 They had been limited in practice during the week and listed as questionable on the official injury report.

Bitonio, Ward and Vernon are expected to start.

Kickoff is scheduled for 1 p.m. at AT&T Stadium.

Bitonio hasn’t missed an offensive snap since the start of 2016. Ward started last week’s 34-20 win over Washington but sat out the second half. Vernon missed the last two games.

Hunt didn’t practice Wednesday and Thursday and was limited Friday. He’s formed a lethal combination with starter Nick Chubb in the team’s 2-1 start.

“He’s a tough, tough dude,” coach Kevin Stefanski told ESPN regarding Hunt. “I’d hesitate to say (he’ll have) his normal role. We’re going to have to monitor him.”

That could mean Hunt will play primarily on third down, leaving most of the rushes to Chubb.

Peoples-Jones is expected to return kicks after JoJo Natson tore an anterior cruciate ligament vs. Washington and was lost for the season.

Terrance Mitchell will start his fourth straight game in place of Williams.