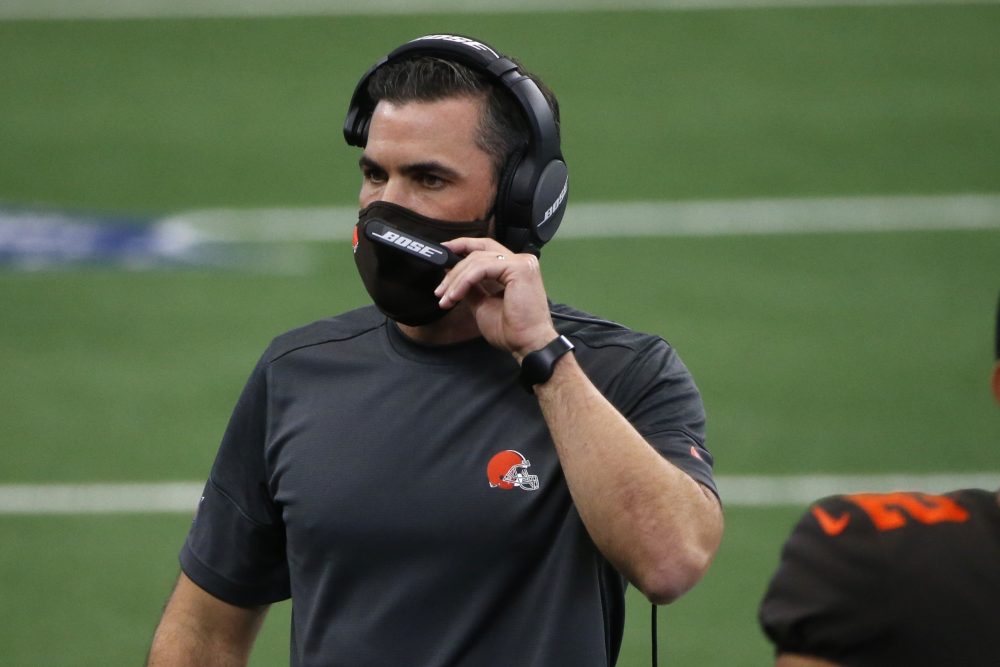 I’m sure you’ve heard by now the Browns are 3-1 for the first time since 2001. While it’s another stark reminder of how terrible things have been for more than two decades, it also brought up memories of Butch Davis.

He was in his first year in 2001 after Chris Palmer’s two seasons guiding the runaway train of the expansion team. Davis brought credibility after a successful stint at the University of Miami and quickly energized a fan base still excited to have its team back and not yet beaten down by non-stop losing, dysfunction and coaching changes.

Davis oversaw the franchise’s only postseason appearance since its return in 2002 — and the subsequent fourth-quarter meltdown in that playoff game in Pittsburgh — then flamed out just as fast. He was gone before the 2004 season was over but still holds the best winning percentage (.407, 24-35 in the regular season) of the nine full-time coaches from 1999-2019. (Sorry, Gregg Williams, your 5-3 stint in the interim role in 2018 doesn’t count).

Whether Davis, Romeo Crennel, Eric Mangini or Mike Pettine gets your vote as best of the coaching failures isn’t the point. The trip down memory lane is just to bring some perspective to the 3-1 start of Kevin Stefanski.

When Davis arrived, he followed 2-14 and 3-13 seasons and didn’t have the talent Stefanski inherited. But Stefanski had never been a head coach at any level and was greeted by a pandemic that wiped out the in-person offseason program and preseason.

And, while it’s early, I can’t imagine him ever having the off-putting bluster of Davis or trying to secure all the power inside Browns headquarters.

Davis is a cautionary tale about getting too excited too soon, but Stefanksi deserves plenty of credit for this unexpected and fun start.

He hasn’t been overwhelmed, which includes taking on the role of play caller. He didn’t dwell on or panic after the 38-6 opening loss in Baltimore. He hasn’t gotten too high or full of himself during the three-game winning streak.

Drawing conclusions after four games is stupid. But I’m comfortable saying Stefanski is impressive. And his players have been prepared.

The curse of covering, or cheering for, this team is the tendency to compare newcomers to their predecessors. But that certainly works in Stefanski’s favor.

He’s handled the unprecedented circumstances surrounding the ongoing coronavirus pandemic with a calm that’s carried throughout the organization. He’s easily adapted to the new protocols and never used the hardships as an excuse.

He’s doing a superb job as a play caller, as the Browns rank fourth in scoring even with the opening clunker. He’s built a dominant run game with the help of his staff. And after three games of trial and error, he figured out how to maximize receiver Odell Beckham Jr. on Sunday in the 49-38 win over the Cowboys.

In the last two weeks he’s beaten Ron Rivera and Mike McCarthy, both of whom have taken teams to the Super Bowl.

Playing for at least a month without No. 1 running back Nick Chubb will test Stefanski and his run scheme, but he seems smart and flexible enough to make it work. The offense’s 80 percent touchdown rate in the red zone — 12 in 15 trips — is a great sign of a strong plan and proper preparation.

It’s just hard to imagine the Penn grad abandoning Chubb or Kareem Hunt inside the 5 (Freddie Kitchens). Or his defense not being ready for a play and giving up the losing touchdown (Pat Shurmur). Or blaming everyone but himself for historic losing (Hue Jackson). Or not finding a way to take advantage of Beckham (Kitchens again).

But the early performance by Stefanski should give weary fans hope. As should a schedule that isn’t imposing.

And, most of all, the realistic prospect of reaching the playoffs.

No. 3 receiver KhaDarel Hodge was placed on injured reserve Tuesday after injuring his hamstring Sunday during pregame. He must miss at least three games. He has three catches for 51 yards in three games.

The move could open the door for Rashard Higgins to step in as the third wideout. Higgins was a healthy inactive the last two games and has one catch for 9 yards.

The other option would be rookie sixth-round pick Donovan Peoples-Jones, who debuted Sunday. He didn’t have a catch but played 33 snaps in place of Hodge as the No. 3 behind Beckham and Jarvis Landry.

** Gov. Mike DeWine said attendance at FirstEnergy Stadium will likely be capped at 12,000 for the rest of the season. The decision was made Monday to double it from 6,000, which was the limit for the first two home games.

Commentary: Buckle up, Browns fans, thrilling win over Cowboys a taste of what’s to come this season
Browns-Colts Preview: 3 things to watch, 3 key numbers, the prediction