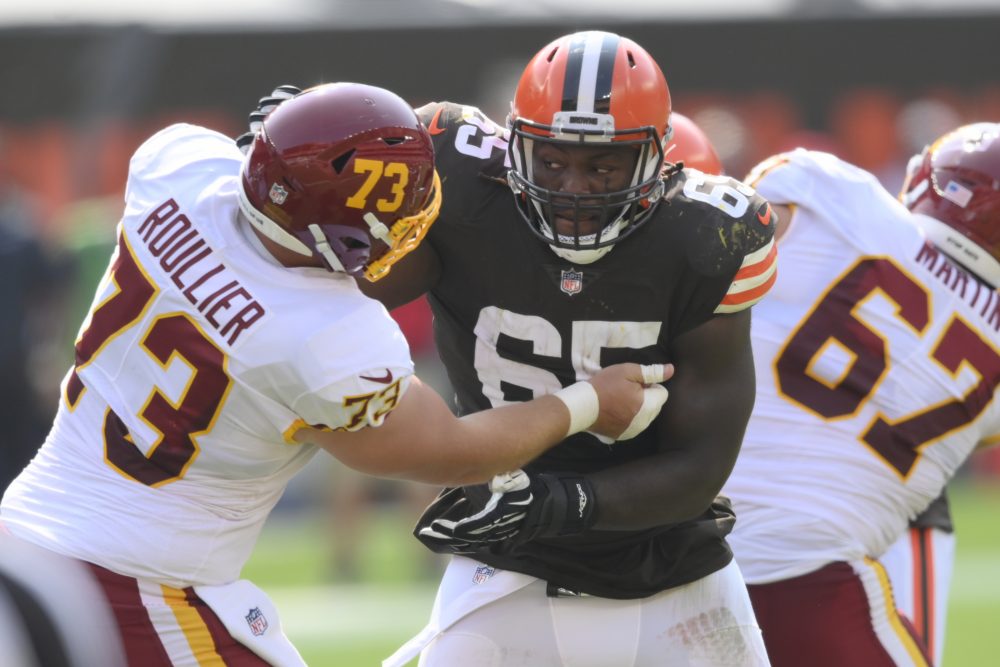 The Browns defense will be short-handed again Sunday against the Colts, as defensive tackle Larry Ogunjobi (abdomen) was ruled out and strong safety Karl Joseph (hamstring) listed as questionable on the official injury report.

The Colts have health issues of their own and will be without two of their best players in the matchup of 3-1 teams. Linebacker Darius Leonard (groin) and left tackle Anthony Castonzo (rib) were ruled out.

Leonard is a tackling machine, becoming the NFL’s first player since at least 1987 with 300 tackles in his first 30 games. He was Defensive Rookie of the Year and an All-Pro in 2018 and a Pro Bowler last year.

Castonzo, a 10-year veteran, is part of a vaunted line quintet that has started 20 straight regular-season games.

Ogunjobi was off to a strong start in his fourth season, with two tackles for loss and a forced fumble for the league’s fifth-ranked run defense (91.8 yards a game). He was hurt Sunday in the win over the Cowboys and didn’t practice this week.

“He is tough so I know he is going through a lot with his oblique if he is out right now,” defensive end Myles Garrett said. “I definitely do not like seeing him out because he is a helluva run defender and a powerful man to stop on passing downs.

“We will miss him, but we have guys who are going to try to fill in the role as best as they can and try and do what they do best, not try to be him or do the job that he is doing. Just do what you are supposed to and do it to the best of their ability. I know they can do that.”

“I believe so,” Richardson told The Chronicle-Telegram. “If not, he’s going to get ready.

“He’s focused. His commitment to bettering himself as a rookie. His knowledge of the game. He would give a full scouting report on our offense during training camp, it was kinda cool. He’s got great things ahead of him. The only thing he’s missing now is experience.”

Vincent Taylor will be first off the bench at tackle, and Joey Ivie can be elevated from the practice squad if the coaches feel they need a fourth tackle.

Joseph injured the hamstring Thursday and didn’t practice Friday. Ronnie Harrison, acquired Sept. 3 in a trade with Jacksonville, would take Joseph’s spot in the starting lineup. Harrison has played only 25 defensive snaps for the Browns but started 22 games in two years with the Jaguars.

“He is ready,” coach Kevin Stefanski said. “He has been here now over a month. He studies hard. He is ready if called upon.”

Cornerback Greedy Williams (shoulder) was ruled out for the fifth straight game. He returned to practice three weeks ago but remains limited and hasn’t been cleared for games.

Stefanski said he remains hopeful Williams can stay off injured reserve and play in the next couple of weeks.

Linebacker/special teamer Tae Davis (elbow) was ruled out for the second straight week.

Defensive end Adrian Clayborn (hip) was listed as questionable. He didn’t play last week against the Cowboys and was limited in practice this week.

The Browns were also without linebacker Mack Wilson and nickelback Kevin Johnson early this season, though both have returned to action.