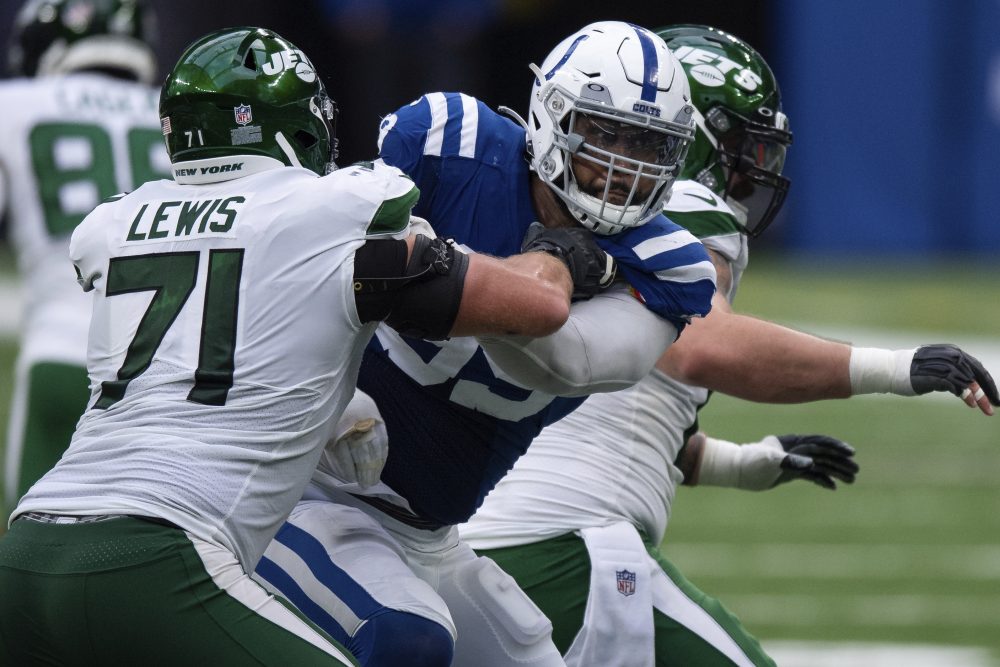 The last time Baker Mayfield and the Browns faced a skyscraper along the defensive line, 6-foot-8 Ravens end Calais Campbell had three passes defensed, including one that led to an interception on the first drive in the opener. The Colts bring 6-7 defensive tackle DeForest Buckner to town, and he’s playing at a Pro Bowl level.

The Colts traded the No. 13 pick to the 49ers in March for Buckner, and he’s helped turn the defense into the top-ranked unit in the league. He has 18 tackles, 1.5 sacks, eight quarterback hits, a pass defensed and a safety. Mayfield must find throwing lanes around Buckner inside the pocket, and guards Joel Bitonio and Wyatt Teller will have to keep up their great play and handle him in the run game.

“He has long arms and he is tall, but he plays with great leverage and strength, as well,” Bitonio said. “Some of the best rushers in the league have this hot and cold streak where they go hot for a few plays and take a few plays off. This guy, he plays hard every play. That is something that when you are that talented, it really stands out on film.”

This year, the Browns held three Ravens running backs to 68 yards and 3.2 yards a carry, Cincinnati’s Joe Mixon to 46 yards and 2.9 and Dallas’ Ezekiel Elliott to 54 and 4.5. The Colts present a set of challenges with rookie Jonathan Taylor (250 yards), Jordan Wilkins and Nyhelm Hines, even after Marlon Mack was lost for the season with a torn Achilles tendon. The Colts are tied for 15th with 115.3 rushing yards a game but rank last with 3.52 a carry, as they’ve been able to play keepaway with a second-ranked 33:36 time of possession.

What’s disappointing for the Browns is the solid run defense hasn’t translated to shorter possessions. Opponents have converted 25 of 51 third downs (49 percent) and seven of eight fourth downs.

“The biggest thing for us is not looking at numbers,” linebackers coach Jason Tarver said. “It is looking at attacking the ball and getting off the field.”

The Colts signed quarterback Philip Rivers in March in an attempt to join the elite in the AFC. He was an eight-time Pro Bowler in 16 years with the Chargers, will start his 229th straight game (tied for second-longest streak in the NFL since 1970) and needs four completions to become the fifth player in NFL history with 5,000 (Drew Brees, Tom Brady, Brett Favre and Peyton Manning). Rivers can still zip the ball while throwing with accuracy — he’s fourth in the league with a 72.7 completion percentage.

“In my mind, he has elite accuracy. He has elite intelligence. He has elite leadership. He has elite playmaking ability,” Colts coach Frank Reich said. “This guy has all the experience in the world and can hurt you in a number of different ways, and physically is still the same player that he was five years ago when I was coaching him. I do not think he has had any diminishing skill physically.”

Rivers isn’t perfect, and his biggest issue in recent years is too many interceptions. He threw 20 last year and led the league with 18 and 21 in 2014 and ’16. He started his Colts career with two in the opening loss to the Jaguars and threw one in Week 2 in a win over the Vikings but has gone two straight games without a pick. The Browns lead the league with 10 takeaways and would certainly benefit from a couple of poor decisions by Rivers.

Misses for kicker Cody Parkey since taking over for Austin Seibert in Week 2. Parkey is 14-for-14 on extra points and 4-for-4 on field goals.

Sacks allowed by the Colts in four games, tied for third-fewest in the NFL. But they will be without left tackle Anthony Castonzo, who has a rib injury.

Passing yards Baker Mayfield needs to surpass Bernie Kosar for the most by a Browns quarterback in his first three seasons.

THE PICK: The Browns have serious momentum after three straight wins while scoring 30-plus points in each. They’re going to need that firepower again to outlast a Colts team solid in all phases of the game. Browns 27, Colts 26.