Mailbag: Will Browns dare Philip Rivers to throw deep? How much will D’Ernest Johnson be used? Is Greedy Williams a bust? 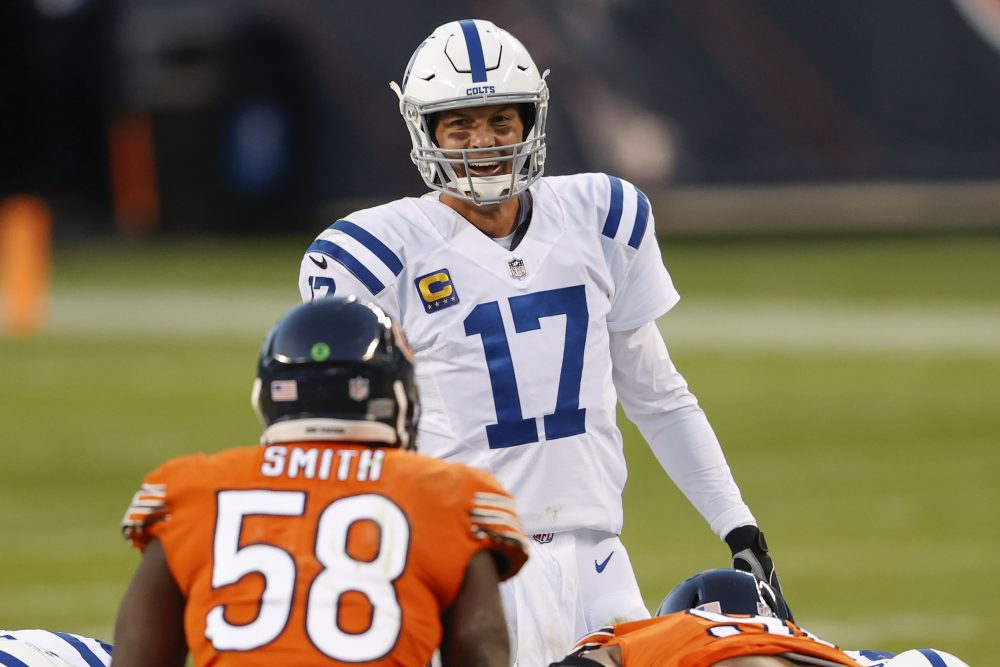 Q: Looking over Colts highlights this season I was surprised how quickly Philip Rivers gets rid of the ball. I dug out the stats & Rivers gets rid of the ball in 2.5 seconds or less 61% of the time, up from 48% last season. That’s a big change. Is Rivers nursing a sore arm? It kinda looks that way as he seems to push the ball out more than firing it. The Colts also don’t want Myles Garrett beating them, so I’m guessing the quick, short passes continue. Might Joe Woods play some poker today & try to dare Rivers to go up top?

A: Rivers has always been known for getting the ball out in a hurry, but the increase from last year is noteworthy. Rivers knows he doesn’t move well, so his choices are to throw it on time or take a hit. He obviously prefers the first option.

As for his arm, I watched every snap of the Colts’ previous two games and was surprised by the zip Rivers has at age 38. He’s taken a number of deep shots and shown velocity on intermediate throws. His motion has always been funky.

And you’re 100 percent right about the Colts being worried about Garrett wrecking the game, especially with left tackle Anthony Castonzo ruled out with a rib injury. I expect quick passes, a heavy dose of runs and double teams of Garrett. I like your idea of Woods tightening the coverage, but in order to employ that plan he must trust his safeties. That could be an issue with Andrew Sendejo struggling and Karl Joseph questionable with a hamstring injury. I could see Woods daring Rivers and Co. to sustain long drives while hoping to get a takeaway.

Q:
How much do you think D’Ernest Johnson will be involved this week? Even without Kareem Hunt carrying an injury it seems like coach Kevin Stefanski likes to share the load amongst his RBs?

A: I’ve been wrestling with this question all week. I agree Stefanski believes in rotating his running backs, which comes from the immense trust he has in his scheme and line. And with Hunt less than 100 percent with a groin injury, I’m sure Stefanski will rely on Johnson until he proves he can’t handle the job.

So while I’d be inclined to go with Hunt as much as possible, I expect Johnson to play a third of the time and get 8-12 touches. I also wouldn’t be surprised if Dontrell Hilliard saw time as the third-down back.

Q: Is Greedy Williams a bust like Justin Gilbert?

A: Yes, they’re both cornerbacks. And, yes, they’re both high picks — Gilbert was the No. 8 pick in 2014 and Williams No. 46 last year. But it’s unfair to compare them beyond that.

The start to Williams’ career has been slowed by injuries — a hamstring that cost him four games as a rookie and a shoulder that continues to sideline him this year. But that’s out of Williams’ control, and he played pretty well when healthy a year ago. I would expect Berry to add another starting-level cornerback before next season as competition for Williams, but it’s way too early to give up on him.

As for Gilbert, he made his own troubles. He overslept, missed meetings and didn’t seem to care about the game.

Q: Is the Colts defense as good as advertised or have they had an easy schedule thus far?

The Colts are legit, with good players at every level. But there’s no denying they haven’t been tested with their early schedule. None of their first four opponents ranks in the top half of the league offensively.

With this in mind, and stud linebacker Darius Leonard out with a groin injury, I expect the Browns to be able to move the ball and put up points. It won’t be as easy as the past three weeks, but it’s certainly doable. The key will be protecting the ball and not turning it over. Indianapolis has seven interceptions, returning two for touchdowns.

Q: It seems as if the Browns’ run defense has greatly improved over last year. Is this due to better overall play, or is it a product of teams throwing the ball more to keep pace with this high-powered offense? Also, why can’t we cover a tight end?

A: The question is fair given the defense’s overall struggles. But I don’t think the run defense’s No. 5 ranking (98.1 yards a game) is a fluke. All four defensive linemen are strong against the run, especially with tackles Sheldon Richardson and Larry Ogunjobi routinely getting into the backfield. The true test will be when a team commits to running 30 times — and not trying to take advantage of the struggling back seven — and that could be the Colts this afternoon with three capable backs.

As for the tight end, that’s a tough one. First of all, it’s difficult for defenses across the league to stop tight ends. As for the Browns , it’s as easy as their linebackers and safeties have been weaknesses, and quality tight ends exploit that.

Q: How would you assess the Browns’ acquisition and management of our roster, including both the coaching staff and general manager and how has that affected our team?

A: First-time general manager Andrew Berry deserves a ton of credit. He didn’t try to undo the good work of predecessor John Dorsey and acted quickly to fortify some of the weaknesses he inherited. Berry’s best moves were strengthening the offensive line with free agent right tackle Jack Conklin and rookie left tackle Jedrick Wills. I also give him props for keeping receiver Odell Beckham Jr., signing linebacker Malcolm Smith when Mack Wilson was hurt in camp and making the quick kicking switch to Cody Parkey, who hasn’t missed in three games.

Berry hasn’t been perfect, and my biggest question was keeping defensive end Olivier Vernon under a reworked contract. I liked the move at the time, but Vernon has been slowed by an abdominal injury and doesn’t have a sack through four games. He remains solid against the run, but with offenses devoting so much attention to Garrett on the other side, Vernon should be having a bigger impact as a pass rusher. I also believe Berry should’ve done more to solidify the linebacker position in the offseason, rather than making a series of second-level acquisitions.

The coaching staff’s impact on the roster is interesting. It’s become clear Sendejo is a favorite and will likely continue to play 100 percent of the snaps despite his struggles. I would prefer to see more of Ronnie Harrison at strong safety and Joseph at free safety. But I will give the coaches credit for taking an undermanned linebacking corps and making it work with a variety of personnel packages that doesn’t expose any player for too long. And with nickelback Kevin Johnson healthy after a lacerated liver, I think you’ll see him replace Tavierre Thomas and M.J. Stewart in the slot, which should make a big difference.

Mailbag: Is Baker Mayfield worth a big-money extension? Are the starting cornerbacks too fragile? Will Ronnie Harrison play more?
Mailbag: Is there enough depth to withstand injuries? Where is Olivier Vernon? Any contract extensions coming?