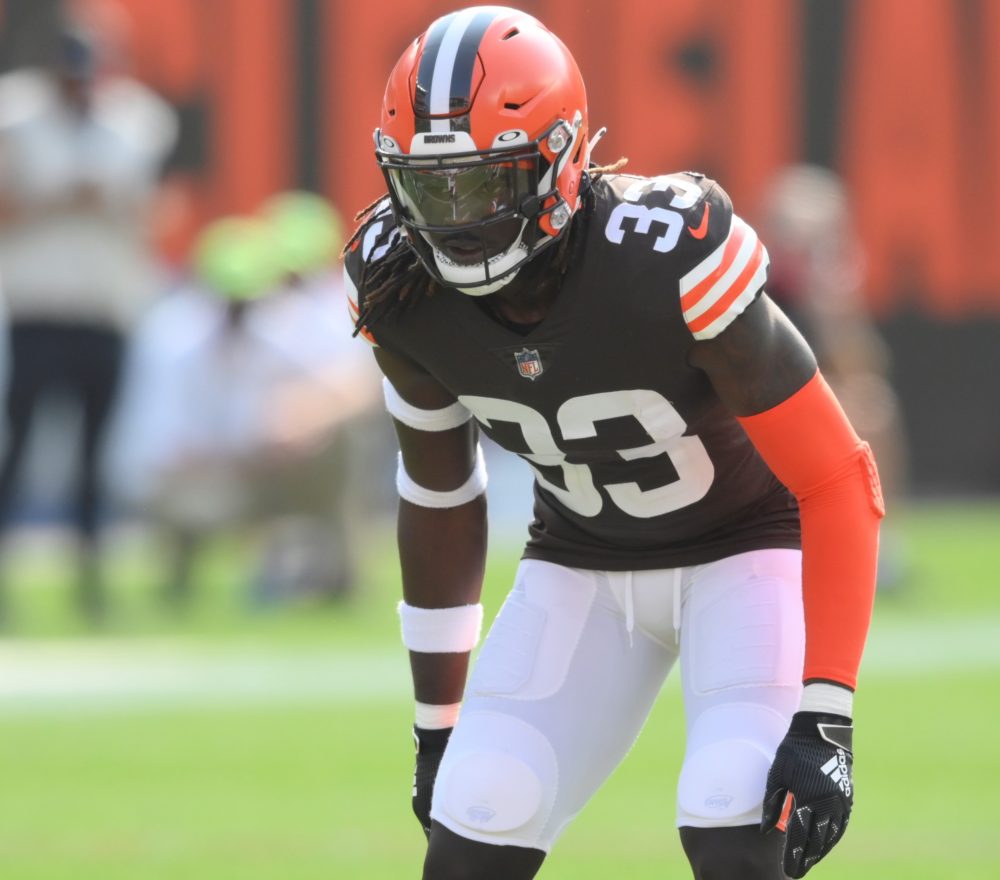 CLEVELAND — Safety Ronnie Harrison will make his first start with the Browns today against the Colts at FirstEnergy Stadium.

Karl Joseph, the normal starting strong safety, is inactive with a hamstring injury. He injured it Thursday in practice, didn’t practice Friday and was listed as questionable on the official injury report.

Harrison was acquired from the Jaguars in a trade Sept. 3 after rookie second-round pick Grant Delpit was lost for the season with a torn Achilles tendon. Harrison was a third-round pick out of the University of Alabama in 2018 and started 22 games for the Jaguars.

Williams has yet to play this year. He was ruled out Friday.

Receiver Rashard Higgins is active after being a healthy scratch the last two games. He’s expected to split time with rookie Donovan Peoples-Jones as the No. 3 wideout.