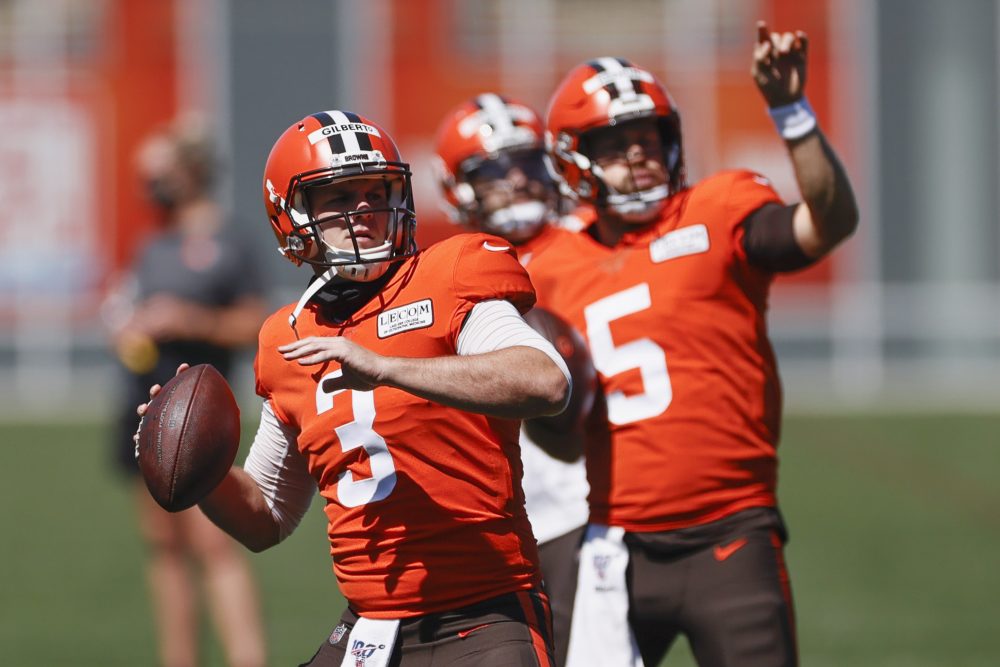 Prescott, who leads the NFL with 1,856 yards passing, suffered a compound fracture and dislocation of his ankle Sunday, so the Cowboys are signing Garrett Gilbert off Cleveland’s practice squad, a league source confirmed to The Chronicle-Telegram on Monday night. NFL Network was first to report the news.

Andy Dalton will replace Prescott as the starter, and Dallas’ backup is Ben DiNucci.

The Browns kept only two quarterbacks on the 53-man roster, Baker Mayfield and Case Keenum, which exposed Gilbert to waivers. He cleared before the season, and the Browns signed him to the practice squad as their No. 3.

Rules put in place for this season because of the coronavirus pandemic allow teams to protect up to four practice squad players every Tuesday from being poached by another team. But the protection expires after that week’s game.

The Browns will almost certainly sign a quarterback to the practice squad to learn the system and be ready in case of emergency.

Mayfield has sore ribs after taking a big hit in the 32-23 win over the Colts but said he’ll play Sunday against the Steelers in Pittsburgh. He’s taken every snap this season.