Greedy Williams placed on IR with nerve injury in shoulder 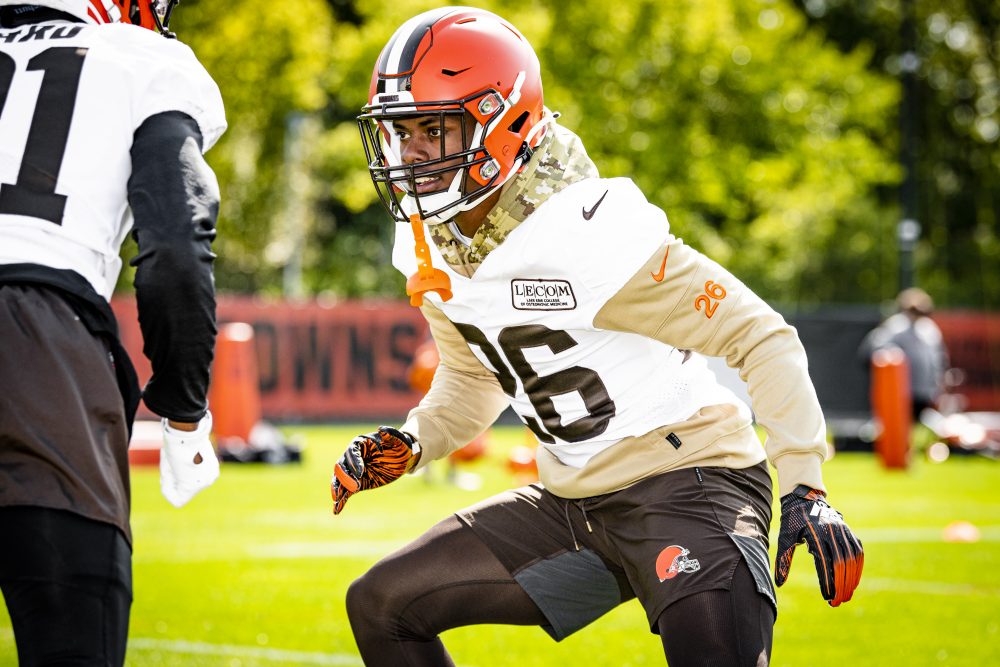 The Browns waited almost seven weeks for cornerback Greedy Williams’ shoulder to heal. They decided Monday they couldn’t wait any longer, placing him on injured reserve after he was inactive for the first five games.

Coach Kevin Stefanski revealed Williams has a nerve injury that could sideline him for the season, although Stefanski didn’t rule out a return this year.

“He is working so hard in rehab, but just the docs thought it was best to shut him down, see how it responds,” Stefanski said. “No surgery required at this point. There’s a potential that he’s back this year, we just don’t know.

“Disappointing for him, but I still hold out hope, and he is doing everything he can.”


Williams was hurt Aug. 25 and walked off the practice field. The Browns could’ve placed him on IR starting Week 1 — a rule change this year mandates a player miss a minimum of only three games — but were hopeful he could return as early as Week 3.

He resumed practicing Sept. 21 but was limited the last three weeks and inactive on gamedays.

“We got you 26,” linebacker Mack Wilson tweeted with fingers crossed and heart emojis.

Williams was the No. 46 pick out of LSU in 2019. He started 12 games as a rookie, missing four with a hamstring injury and totaling 47 tackles and two passes defensed.

Veteran Terrance Mitchell has filled in and done a nice job.

** The Browns will be without right guard Wyatt Teller on Sunday for the showdown with the Steelers as Stefanski termed the strained calf “week to week.”

Teller left in the first quarter of the 32-23 victory over the Colts that extended the winning streak to four games. Chris Hubbard filled in and will start in Pittsburgh.

Teller entered Week 5 as the top-rated guard in the NFL by Pro Football Focus.

“He is playing hard. He is getting people on the ground,” Stefanski said. “He is a very, very hard worker — one of the first guys out on the field and one of the last guys to leave and constantly working his technique. I know he will be fighting to get back out there.”

“We’ll see how he works through it this week,” Stefanski said.

Mayfield said Sunday he’ll be ready to go vs. the Steelers.

He also said he landed awkwardly on his right wrist, but Stefanski said the only issue Monday was the ribs.

** Safety Ronnie Harrison was in the concussion protocol after sustaining one Sunday in the second half. He had returned an interception 47 yards for a touchdown.

** Rookie linebacker Jacob Phillips left the game and continues to deal with the knee injury suffered in the opening loss to the Ravens.

** Defensive tackle Larry Ogunjobi (abdomen) and safety Karl Joseph (hamstring) have a chance to play against the Steelers (4-0) after being inactive vs. the Colts, Stefanski said.

Browns 32, Colts 23: Cleveland improves to 4-1 for first time since 1994 with resilience, contributions from unlikely sources
Baker Mayfield dealing with sore ribs, shaky outing vs. Colts as he prepares for intense battle in Pittsburgh