Teammates support Myles Garrett as reunion with Steelers nears; “This one is for Myles,” Kareem Hunt says 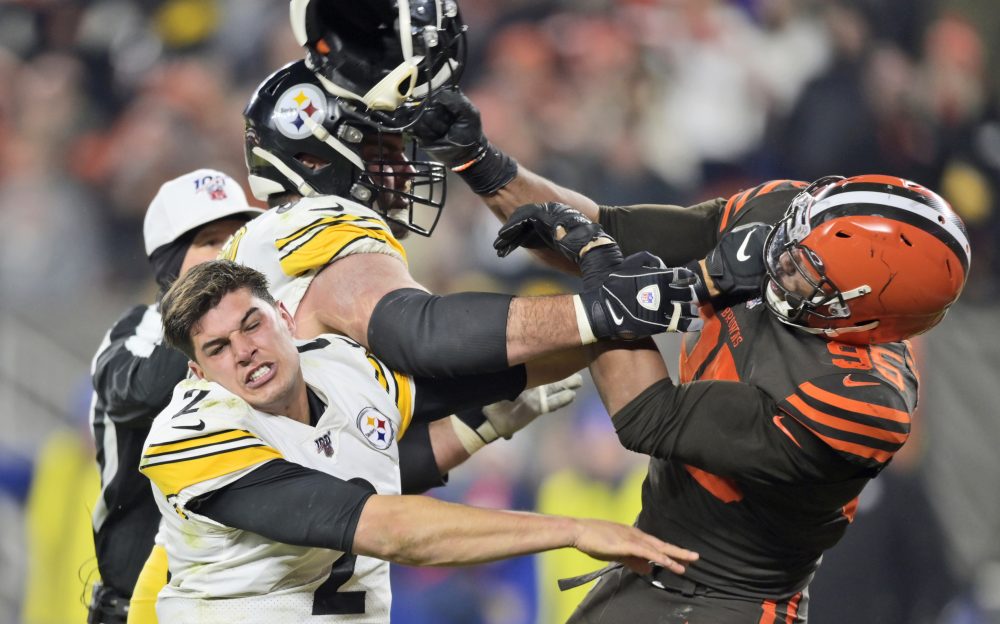 BEREA — Myles Garrett’s teammates joined the infamous on-field fight, trying to protect him from the Steelers. Then the players and organization defended him when his character was questioned and he was portrayed as a dirty player.

The Browns (4-1) continue to have Garrett’s back and hope to prove it with a victory Sunday as he will face the Steelers (4-0) for the first time since ripping off quarterback Mason Rudolph’s helmet and hitting him over the head with it Nov. 14 at FirstEnergy Stadium. Garrett was suspended for the final six games last season, missing the rematch at Heinz Field.

“Nobody likes having their season cut short. I know I didn’t,” running back Kareem Hunt, who was suspended for the first eight games last year for a pair of off-field altercations, said Wednesday. “Myles is a great player, a great person and a great teammate. You just learn a lot going through situations like that. You just have to come ready, forget about all that stuff and do whatever you can.

Garrett will be public enemy No. 1 for the battle of AFC North contenders, even if attendance will be limited to approximately 5,500 rather than the normal sellout of nearly 70,000. Hunt said Garrett has the right mindset to handle the venom, whether it’s from the Steelers or the fans.

“Most definitely. It takes a lot to get Myles out of his element,” Hunt said. “I have no doubt in my mind that he will keep those emotions in check and go out there and just play football.”

Garrett’s fight with Rudolph that escalated into using the helmet as a weapon was called out of character by teammates and coaches. He said Rudolph called him a racial slur, something the backup quarterback denied.

“We love Myles. We have Myles’ back no matter what, and he definitely has ours, too,” Hunt said. “We all know that. Can’t ask for a better teammate than Myles.”

The storyline of Garrett’s reunion with the Steelers will dominate the run-up to the game, and CBS is certain to have at least one camera trained on Garrett at all times. But Garrett, who routinely talks to the media Fridays, has been clear he’s moved past the fight and suspension. He’s off to a spectacular start to the season with six sacks and three forced fumbles.

“Whatever he needs, he knows we are there for him, but I think he is just ready to go play football,” center JC Tretter said. “It is just another game for him. He is going to go out and play the way he has been playing, and that is at an extremely high level. He has been producing and making huge plays for us, game-changing plays for us. That is the type of talent he is.”

“We are worried about the right now, and we are playing the Steelers,” Mayfield said. “We are not worried about what happened last year. We have moved on. Everybody wants to make the story of it, but we are focused on right now.”