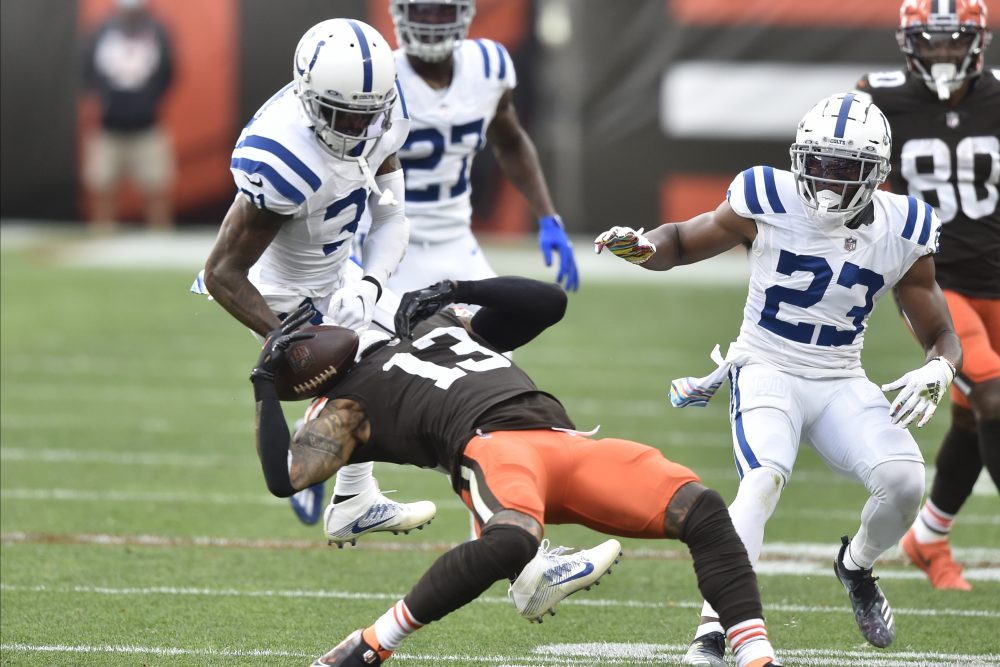 BEREA — Receiver Odell Beckham Jr. is getting close to returning to Browns headquarters and facing the Steelers on Sunday at Heinz Field.

Beckham was sent home by the team Thursday because he wasn’t feeling well. His coronavirus test taken Thursday morning came back negative Friday. If the test he took Friday morning returns as a negative Saturday morning, he’ll be allowed back in the team facility and participate in the walk-through.

The NFL has instructed teams to keep players, coaches and staff who have symptoms of COVID-19 out of team facilities even if they could be caused by the flu or a cold. Protocol is for the person with symptoms to register two negative coronavirus tests 24 hours apart before rejoining the team.

Coach Kevin Stefanski said Beckham was feeling better Friday and should be good to play Sunday if the latest coronavirus test is negative. The Browns listed him as questionable on the official injury report with an illness.

Beckham missed the last two practices but participated in meetings remotely, so Stefanski expects him to be prepared to face the Steelers (4-0).

“He was out here Wednesday and got some good work in Wednesday,” Stefanski said. “He has been in meetings virtually. (Pass game coordinator/wide receivers) Coach (Chad) O’Shea is going to spend extra time with him in those meetings. If all goes according to plan for tomorrow, you spend even more time and you spend even more walk-through time. I think there is enough time to catch him up, barring his health.”

The Browns got another scare when the Colts shut down their facility Friday morning after several positive tests. The Colts later announced retests confirmed the four positives were actually negatives.

The Browns beat the Colts 32-23 on Sunday at FirstEnergy Stadium.

“I know Odell will do a great job of preparation,” offensive coordinator Alex Van Pelt said Thursday. “The big part is just making sure you are up with all the changes in the game plan and all the little tweaks and nuances of the game plan each week.

“I know he will do a great job of preparing. He will still be in meeting situations, just not in person as he heals up. I expect him if he is available to be ready to go and play well, as he always does.”