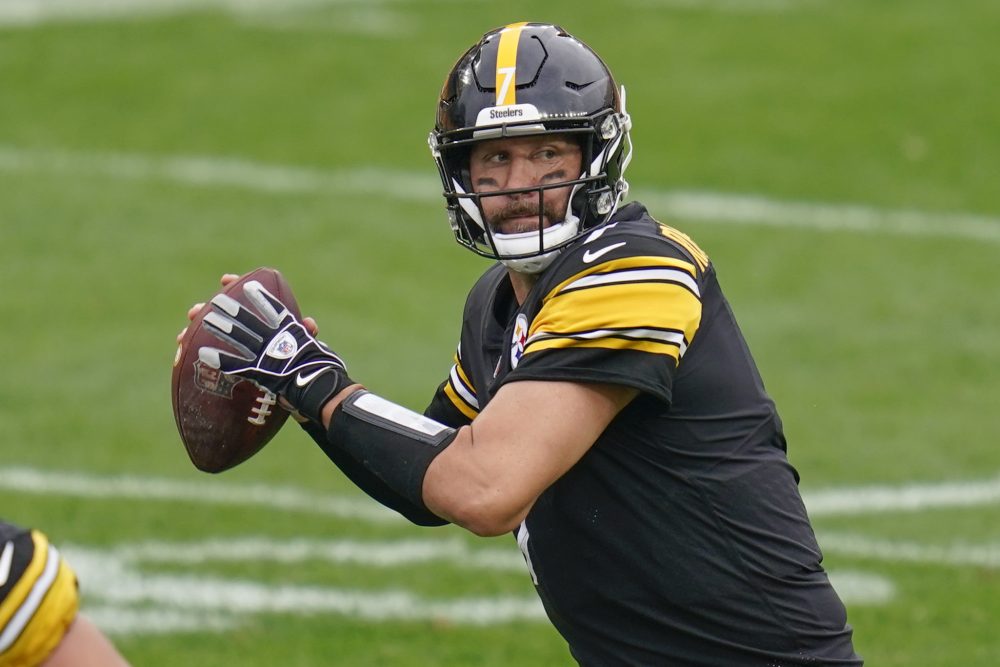 Steelers quarterback Ben Roethlisberger doesn’t look like a 38-year-old coming off a season in which he played only two games before elbow surgery. He’s thrown 10 touchdowns to one interception for a 110.4 passer rating that ranks sixth in the NFL, and in the 38-29 win last week over the Eagles he was 13-for-13 on third down with two touchdowns. He hasn’t missed a beat with his decision-making, manipulating defenses at the line of scrimmage and finding easy completions across the field.

“We are still working on that, slowing him down,” defensive coordinator Joe Woods said. “He looks the same to me. You see him throwing the ball with accuracy down the field. You see the underneath throws. He has total command of the offense. He is hard to deal with, and we are definitely going to have to be at our best to come away with the win.”

Linebacker B.J. Goodson said the Browns can’t fall for the deception and misdirection of the Steelers scheme and must pressure the receivers at the line of scrimmage. That would take away the easiest completions and hopefully force Roethlisberger, who’s 22-2-1 against the Browns, to hold the ball for an extra second to allow the pass rush to arrive. That may leave the Browns susceptible to throws downfield, especially with injuries at safety, but cornerback Terrance Mitchell welcomes the chance.

“No, it is not really a stress,” he said. “More so a blessing because that gives us opportunities.”

The Steelers were stacked at receiver before Chase Claypool informed the league he’s ready to change games. He had four touchdowns against the Eagles, becoming the third rookie receiver in NFL history to accomplish the feat. He caught seven passes for 110 yards and three touchdowns and added a rushing score. The No. 49 pick out of Notre Dame is a matchup nightmare at 6-foot-4, 238 pounds and fits nicely with wideouts JuJu Smith-Schuster, Diontae Johnson and James Washington and tight end Eric Ebron. Johnson was ruled out with a back injury, but Washington caught four passes for 111 yards and a TD in the last meeting with the Browns.

The Browns counter with cornerbacks Denzel Ward and Mitchell on the outside, Kevin Johnson in the slot, Andrew Sendejo at safety and Malcolm Smith as a nickel linebacker. Ward and Mitchell have been solid, so look for Roethlisberger to attack the middle. Claypool’s 35-yard touchdown to secure the win last week came out of the slot.

Both offenses rank in the top 10 in scoring — the Browns No. 4 (31.2), the Steelers No. 10 (29.5). Both have weapons across the formation. Both have quarterbacks with big arms. The outcome could be decided by which defense consistently harasses the quarterback, or at least does so in key situations.

Defensive end Myles Garrett is the man to watch for the Browns after six sacks, 10 quarterback hits, 15 pressures and three forced fumbles in five games. (He also has a bit of history with the Steelers.) Roethlisberger usually gets rid of the ball in a hurry and has been sacked only six times in four games, so the chances for Garrett and his linemates will be rare. They must capitalize when Roethlisberger double clutches or tries to go deep. The Steelers will be without right guard David DeCastro, the latest injury on their offensive line, so that should help the Browns.

The Browns are also without their right guard, Wyatt Teller, but the stiffest challenge for the Cleveland line is on the edges with outside linebackers T.J. Watt (4.5 sacks) and Bud Dupree (three). Right tackle Jack Conklin and rookie left tackle Jedrick Wills must hold up, or it will be a long day for Baker Mayfield and the Browns.

Years since the Browns won two straight road games. They beat the Cowboys in Texas on Oct. 4.

Consecutive games with at least two catches for Jarvis Landry, the longest active streak in the NFL. He’s played 101 straight games to open his career.

League-leading first downs for the Browns, the most in franchise history through five games.

The Browns are finally talented enough and coached well enough to beat the Steelers in Pittsburgh. They just have too many key players slowed or sidelined by injuries to clear the high hurdle this time. Steelers 27, Browns 23.