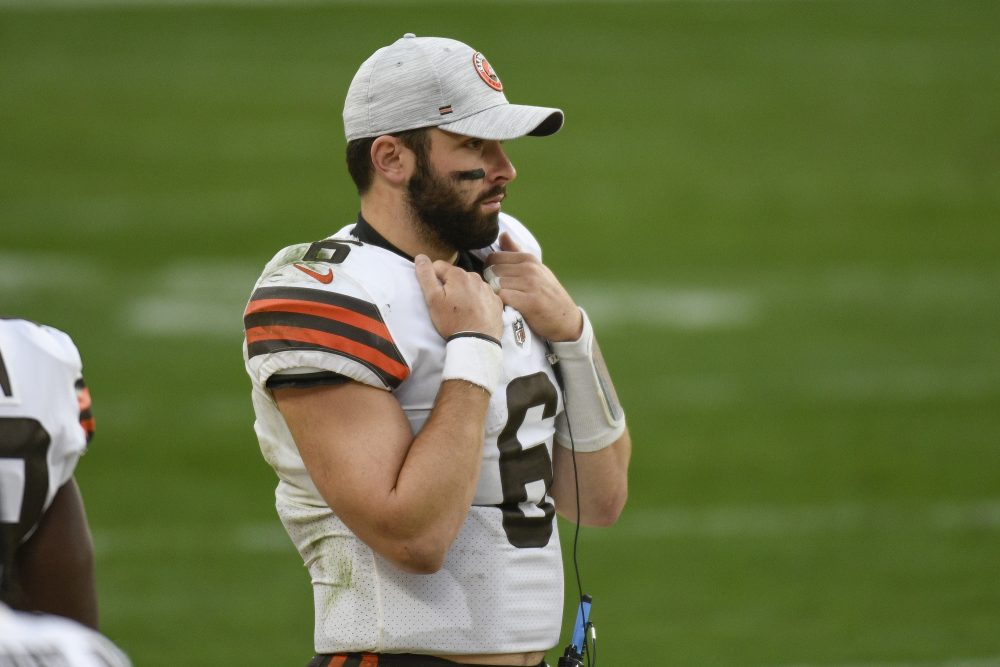 Baker Mayfield has been the subject of much local and national discussion and analysis since a disastrous performance Sunday in the 38-7 loss to the Steelers. The questions start with, what went wrong? They escalate to, is he a lost cause? Which is quickly followed by, where are the Browns going to find a franchise quarterback?


Browns fans have asked the same questions about the starting quarterback for more than two decades. They’ve yet to get a satisfactory answer.

Mayfield is supposed to be different. He was the No. 1 pick in the 2018 draft and set the NFL rookie record with 27 touchdown passes. He was feisty, confident, an accurate thrower and a playmaker.

Mayfield hasn’t been the same since the struggles of his second season, when he completed 59.4 percent with 21 interceptions and a 78.8 passer rating. He came back in better shape this season and insisted he was also in a better place mentally.

Mayfield hasn’t provided much reason to believe in him in the last 22 games. His defenders, who’ve been working overtime on Twitter the last couple of days, will point to the 4-2 record, three straight games this year with a 100 rating and specific plays where his big arm was on display.

The performances in the wins over Cincinnati, Washington and Dallas shouldn’t be discounted, but all quarterbacks make good throws on occasion, and even the average ones can win when supported by an elite run game, a smart coach and talent throughout the huddle.

That’s not nearly good enough. And his best game — 16-for-23 for 156 yards, two TDs vs. Washington — doesn’t balance out the debacle vs. the Steelers.

But it’s definitely too soon to give up on him.

He’s in his third system and on his third play caller in three seasons. He’s played only six games in coach Kevin Stefanski’s scheme. He again showed a bunch of toughness against the Steelers by playing through a rib injury while absorbing several more big hits.

Mayfield should start the rest of the season unless something goes incredibly wrong. Stefanski and new general manager Andrew Berry need as many snaps as possible to make an informed decision about Mayfield’s future. The Browns must pick up or decline the fifth-year option on his rookie contract by the spring, or could offer him an extension after the season.

Mayfield isn’t Charlie Frye, Colt McCoy, Johnny Manziel or DeShone Kizer. He’s a No. 1 pick who’s had success in the NFL — even if it’s limited — so it would be short-sighted to make a final judgment too quickly.

I know Ryan Tannehill’s 3 inches taller and a better athlete than Mayfield, but he’s an example of quarterbacks needing time to fulfill their potential. After the Dolphins gave up on him, he took the Titans to the AFC championship game last year in his eighth NFL season, leading the league with a 117.5 rating. He’s kept up the great play in a 5-0 start this year, throwing 13 touchdowns to two interceptions for a 113.5 rating that ranks third.

The Browns have waited too long for the answer at quarterback to give up too early on their best possibility in more than a decade. There also needs to be a better alternative before contemplating a move.

Stefanski has gone out of his way to protect Mayfield when asked about his struggles. He avoids criticism and mostly keeps the conversational general. But he provided a glimpse Monday into the limits of Mayfield, at least this season.

“Baker has won some games here, protecting the ball, getting explosives when they are there and scrambling for first downs,” Stefanski said. “There are things that you can do to affect the game and get a W. Just have to make sure that we double down on those.”

If Mayfield is going to be a true franchise quarterback, he needs to do more than not throw interceptions, make a couple of downfield completions and scramble once in awhile. He needs to consistently throw accurately, deliver comfortably from the pocket and lead comebacks.

The inaccuracy, interceptions, lack of pocket presence and double clutching continue to be concerns. Perhaps most troubling is coming up small in big games and against tough defenses. The blowout losses to the Ravens and Steelers drove home that point.

If Mayfield stays healthy and remains the starter for the remainder of the season, he’ll be in position to lead the Browns to the playoffs. They’re off to a great start, have plenty of talent and an easy schedule.

Ending the NFL-long 17-year postseason drought wouldn’t necessarily mean Mayfield’s the answer. But it would be a huge step forward for the organization and could buy him more time to prove he’s the right guy for the long haul.