Notes: Odell Beckham Jr. says he doesn’t think COVID-19 “can get to me” because of “mutual respect” 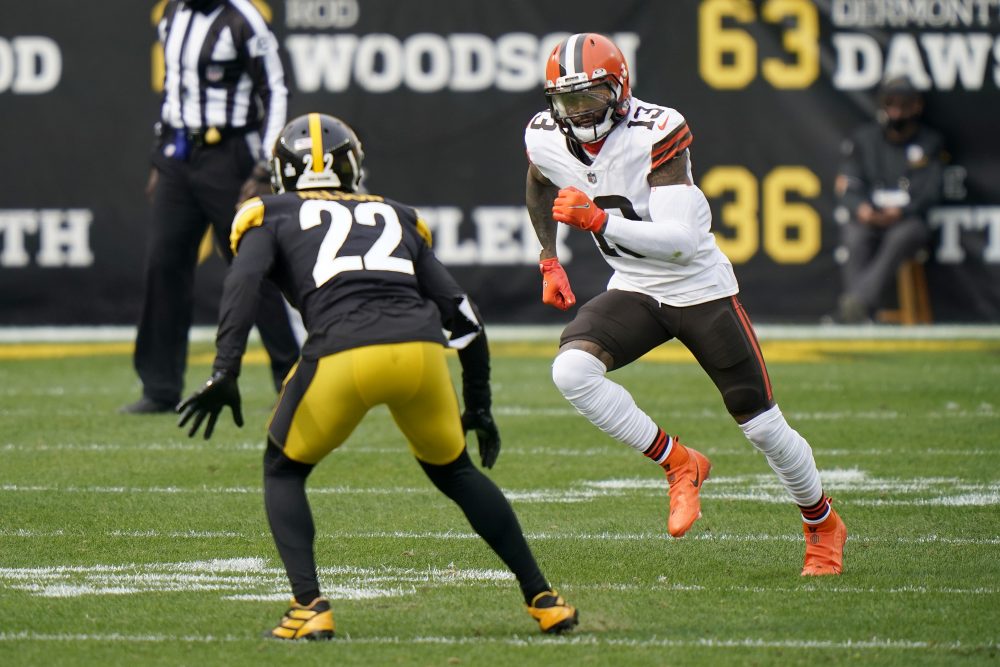 Odell Beckham Jr. believes he and COVID-19 have an understanding to leave each other alone.

The Browns organization and fan base got a scare last week when the superstar receiver was sent home Thursday because he was feeling ill. Though the symptoms can apply to the coronavirus, Beckham said he wasn’t worried he would test positive for COVID-19.

Dr. Anthony Fauci, the nation’s leading expert on infectious disease, might roll his eyes at Beckham’s comment, especially as Ohio continues to set records for most coronavirus cases in a day. But he’d appreciate Beckham following protocols and alerting the team of his symptoms.

“For me and my maturity level, I felt like it was the right thing to mention that I may have not been feeling well and I just don’t want it to spread throughout the whole building, if there was a case that I would have possibly had it,” Beckham said. “I was just trying to be an adult, be precautious about the situation and try to handle it the right way.”

Beckham became part of the NFL’s new protocols that require anyone with symptoms that could be connected to COVID-19 to be separated from the team until registering two negative tests 24 hours apart. Beckham missed practice Thursday and Friday before rejoining the team Saturday and playing Sunday in the 38-7 loss to the Steelers.

“It sucks, but that is just what we have set up for this year,” he said of missing practice. “That is what they seem to have voted on and did all these phone calls and everything to come up with whatever the game plan is going to be. Like Coach (Kevin Stefanski) said, just embrace the suck. It is what it is. It just part of the 2020 season.”

The league has postponed games and adjusted the schedule after positive tests across the league, including an outbreak with the Titans. Patriots quarterback Cam Newton, a friend and training partner of Beckham, missed time with the disease.

Beckham was banned by alma mater LSU from its athletic facilities for two years as part of self-imposed penalties for NCAA rules violations, according to Sports Illustrated.

The minor violation was for Beckham handing out about $2,000 in cash to Tigers players on the field after the national championship game in January.

The night was eventful for Beckham, who appeared to slap a security officer on the butt in the locker room after the win. New Orleans police obtained an arrest warrant before quickly rescinding it.

Beckham spoke to reporters before the report came out.

Harrison was a full participant after clearing concussion protocol. He was hurt Oct. 11 against the Colts and didn’t play vs. the Steelers. Joseph was limited after missing the last two games.

Sendejo has played every snap through six games.

“Just trying to get back in there and pick up where I left off,” said Harrison, who returned an interception for a touchdown against the Colts. “I just want to keep going out there and making plays and helping this defense and helping this team out as much as I can.”

Harrison said he’s had two or three concussions in his three-year NFL career and wasn’t sure if the latest was sustained on one play or the accumulation of a couple of plays.

“It is a part of football. I play a hard-hitting position,” he said. “It is scary. You never want to get a concussion or go down with a head injury like that, but it is part of the game and just have to try to minimize that as much as I can.”

Stefanski wasn’t optimistic right guard Wyatt Teller (calf) would be ready to play Sunday against the Bengals. He was hurt against the Colts, didn’t play against the Steelers and didn’t practice again Wednesday.

“Those injuries are hard. He is trying,” Stefanski said. “I do not like to rule guys out, especially a guy like Wyatt. But it is going to be hard.”

Chris Hubbard would stay in his spot.

Mayfield blamed himself for holding the ball too long Sunday, but Tretter said the line must hold up until the ball is thrown.

“It is all about protecting for infinity and not really having a time clock in our minds,” Tretter said.

** The Browns signed undrafted rookie cornerback Prince Smith to the practice squad Tuesday. He went to the University of New Hampshire and spent time in training camp with the Eagles and Giants.

Notes: Kevin Stefanski says Baker Mayfield not as sore as he was a week ago, expected to practice more this week, start vs. Bengals
Notes: OC Alex Van Pelt says Baker Mayfield’s arrow still pointing up, wants him to protect ball, not listen to outside criticism