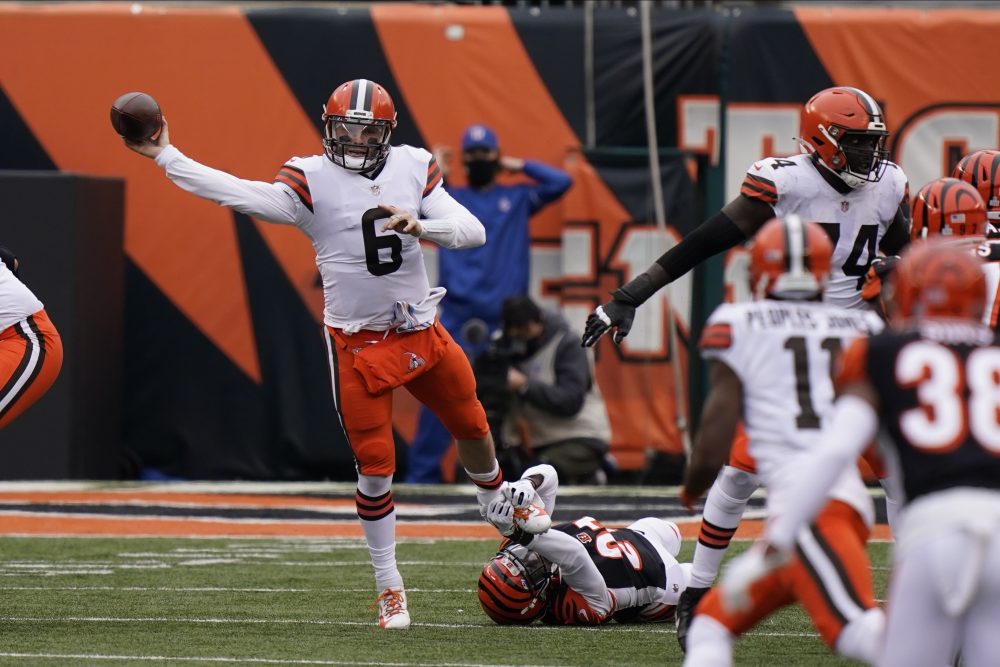 The NFL couldn’t ignore Baker Mayfield’s performance against the Bengals, rewarding him with AFC Offensive Player of the Week on Wednesday.

He went 22-for-28 for 297 yards, five touchdowns, an interception and a 135.6 passer rating in the 37-34 win over the Bengals on Sunday. The last touchdown was a 24-yard winner to Donovan Peoples-Jones with 11 seconds left.

Mayfield started 0-for-5 an interception on his first throw before completing a franchise-record 21 straight passes. The streak was stopped with a spike to kill the clock before the winner.

He threw a touchdown on each of the second-half possessions and became the first Browns player since Dave Mays in 1977 with three fourth-quarter TD passes.

The five touchdown passes tied a Browns record and were the most since Derek Anderson’s handful in 2007.

Mayfield previously won the award in Week 16 of 2018. End Myles Garrett was AFC Defensive Player of the Week after the win over the Cowboys in Week 4 this year.