Mailbag: Who’s the best of the recent first-round picks? Will a pass rusher be added? Where’s the safety help? 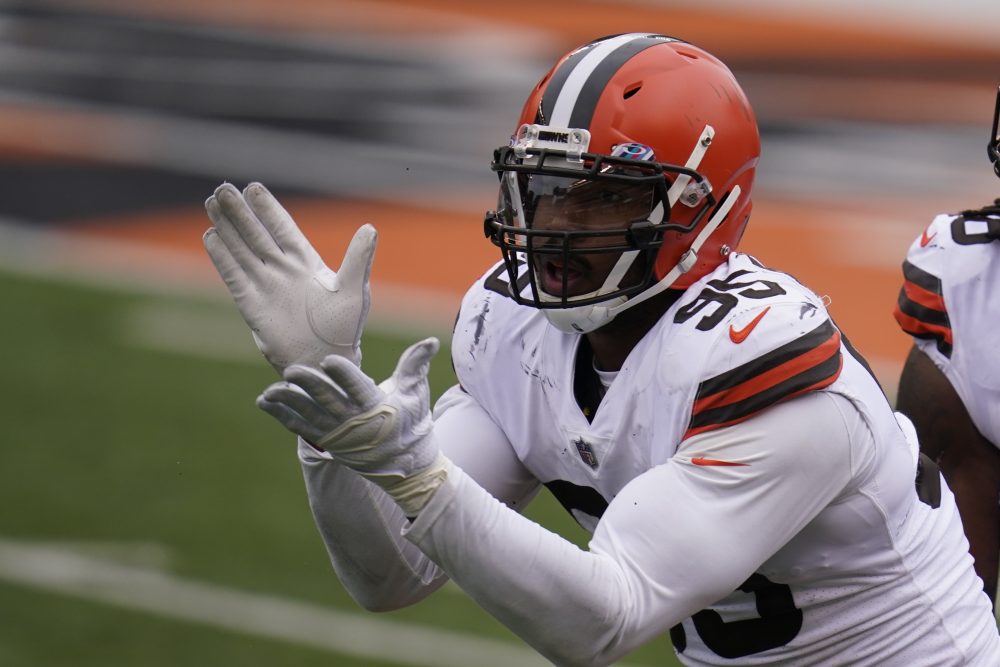 Q: Hi Scott! If you had to rank the Browns players drafted in the first round going back to Myles Garrett, what order would you rank them based on their play so far? There are 5 who are still with the team: Myles Garrett, Denzel Ward, Jedrick Wills, Baker Mayfield and David Njoku.

A: A fun kickoff to this week’s mailbag.

Before I get to my ranking, I would note that this list is light-years better than it would’ve been a few years ago. The recent Browns history is littered with wasted first-round picks, and I’m sure you don’t need me to go over that list. So it’s nice for fans to see some high picks paying off.

Garrett’s immense talent has finally turned into sustained dominance this year. Ward is a clear No. 1 cornerback with so much to like about his game. He fights to the end of each play for breakups, finds a way through blockers to make tackles and showed his toughness earlier this season by playing through a groin injury. Mayfield has been up-and-down but shown enough promise to keep the organization hopeful. Wills has been solid but not perfect as a rookie. And Njoku’s flashes of brilliance have been too inconsistent.

Q: Scott, will the Browns do anything to get another pass rusher this season? Garrett can’t do it all, Olivier Vernon is not effective and the secondary would benefit from increased pass rush.

A: We were on the same page this week, as the link below demonstrates.

I certainly think the Browns should add a pass rusher before the trade deadline Tuesday, and I expect general manager Andrew Berry to be aggressive in an attempt to fill needs and help the push to the playoffs. I agree with everything you said, and while there’s a chance Vernon picks up his game, I would add another pass-rush threat. In fact, I would put that second on my priority list behind a receiver with speed to help fill the void left by Odell Beckham Jr.’s torn ACL.

I can’t say for sure Berry will add a pass rusher but I think he will.

Q: The safety play continues to be incredibly inept. It’s blatantly obvious at this point the Andrew Sendejo signing was a familiarity thing and has evolved into a loyalty thing. Eric Reid and, frankly, anyone else are still available. Why hasn’t Berry pulled the trigger?

A: You’re right about the Sendejo signing. The coaches wanted someone they knew and who knew their system. But they expected him to be the third safety behind Karl Joseph and rookie Grant Delpit, whose season-ending torn Achilles had a huge impact on the secondary. I think the coaches have finally realized they can’t afford to play Sendejo every snap, which is why Sheldrick Redwine took his spot for about 10 plays last week. Coming out of the bye, you could see different packages at safety, including one with Joseph and Ronnie Harrison on the field together, which would mean even less time for Sendejo.

I believe Berry feels the safety problems are a one-year issue because Delpit will be back in 2021. That’s why Berry stopped making moves after trading for Harrison. But signing Reid to a one-year deal after Delpit got hurt would’ve made sense. I’m not sure why Berry didn’t do it.

Q: Jon Gruden spoke an awful lot about Myles Garrett earlier this week. How far might he be willing to go to try to minimize the odds that Garrett makes another few game-changing plays?

A: I think he’ll stop somewhere short of kidnapping or food poisoning.

Gruden was effusive in his praise for Garrett and clearly recognizes the impact he had in all five of the Browns’ wins. The Raiders have a huge and talented offensive line, although it’s missing guard Richie Incognito, and I expect Gruden to devote at least two blockers to Garrett on most plays. It’s rare for any team to double-team a pass rusher 100 percent of the time, so Garrett must make the most of the one-on-one opportunities while beating two men at other times.

It would also help the Browns greatly if Vernon, Adrian Clayborn or Sheldon Richardson broke free.

Q: Our special teams, especially punt and kickoff returns, have been weak most of the season. What is wrong and what are they doing to fix it?

A: I believe the special teams problems begin with the coverage units. They gave up the 101-yard kickoff return for a touchdown against the Colts and several other long returns. I wish I had a good explanation but I don’t. Coordinator Mike Priefer is back for a second season and one of the best in the league. I believe the talent is there, but the roster turnover from a year ago and the lack of a preseason may have hurt the preparation. Priefer said the coverage last week against the Bengals was the best of the season and believes it turned a corner. We’ll see as the weather turns and touchbacks are more difficult.

As for the return game, the season-ending ACL tear to JoJo Natson hurt. He hadn’t gotten the chance for many kickoff returns but flashed on limited punt return chances. Rookie Donovan Peoples-Jones took his place and is still getting used to returning in the NFL. I’m concerned he doesn’t have enough initial explosiveness but am willing to give him time to prove me wrong. Maybe the success he had at receiver last week, including catching the winning touchdown, will carry over to special teams.

Q: You think KhaDarel Hodge, who was activated from injured reserve Saturday, leaps over Rashard Higgins and Peoples-Jones for snaps and targets this weekend?

I think Higgins will be the primary No. 2 receiver, with Hodge and Peoples-Jones rotating in as the No. 2 and splitting time as the No. 3. I would’ve felt differently before Hodge strained his hamstring in the pregame before the Cowboys game Oct. 4, and before Higgins’ huge game against the Bengals last week. The coaching staff loves Hodge and he was the clear No. 3 ahead of Higgins before his injury, but I think he’ll have to re-earn the playing time.

Q: Where does fine $$$ go? Is that just money that goes straight back into the owners’ pockets?

A: Your question was in response to Ward being fined $10,500 for unnecessary roughness for taking a swing at Bengals receiver Tee Higgins last week.

The answer is the money goes to charity. The league collects the money and gives it to programs agreed upon by the NFL and NFL Players Association, including former players in need.

Mailbag: Will David Njoku have big role today, then be traded before deadline? How are Nick Chubb, Kareem Hunt different? Would more shotgun help Baker Mayfield?
Mailbag: Is the run defense as bad as it looked against the Raiders? Is Myles Garrett really OK? What lineup changes are possible?