Browns at the bye: Even-keel coach Kevin Stefanski presides over promising first half 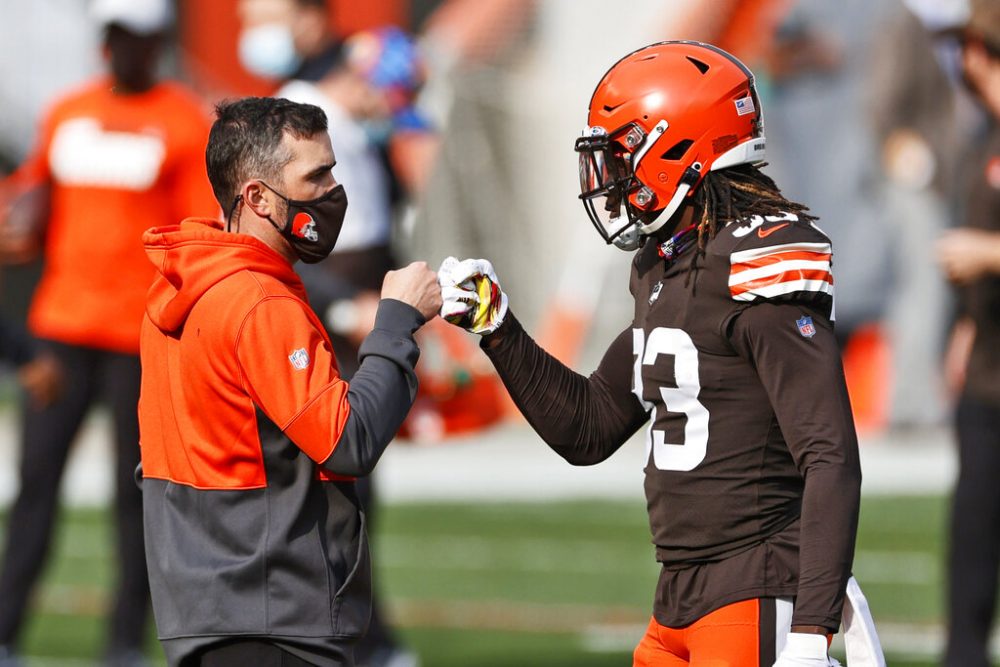 That didn’t stop Browns fans from experiencing a wide range of emotions in the first eight games.

The second half of the season could feature more of the same, including the excitement of chasing the organization’s first playoff berth since 2002.

The Browns are 5-3 at the midpoint, which coincides nicely with the bye week.

The Browns stumbled into the weekend off with a 16-6 loss to the Raiders but are set up to play meaningful games into the winter. They entered Week 9 holding the seventh and final wild card spot in what could become a hotly contested AFC playoff race.

The season started with a 38-6 rude welcome for Stefanski in Baltimore, but he never wavered. He stayed calm, emphasized it was only one game, processed the defeat and trusted himself, his staff and his team to find their way.

The Browns responded with their first four-game winning streak since 2009. A 38-7 loss at Pittsburgh stopped the surge and reinforced the Browns hadn’t reached the top tier of the AFC North, but again they responded, this time with a last-minute 37-34 win in Cincinnati after losing receiver Odell Beckham Jr. for the season with a torn anterior cruciate ligament.

Beckham’s was the most notable injury among a series of significant ones for the Browns, who expect to get many key pieces back for the stretch run. The first half also included an inconsistent but somewhat encouraging performance from quarterback Baker Mayfield, sustained dominance from defensive end Myles Garrett, disappointment from the defense as a whole and a much improved offensive line.

First half by the numbers

Things to watch in the second half