Mailbag: What does Baker Mayfield have to do in 2nd half to solidify future with Browns? Would front office consider 9-7 and no playoffs a success? Can rookie Jacob Phillips save the LBs? 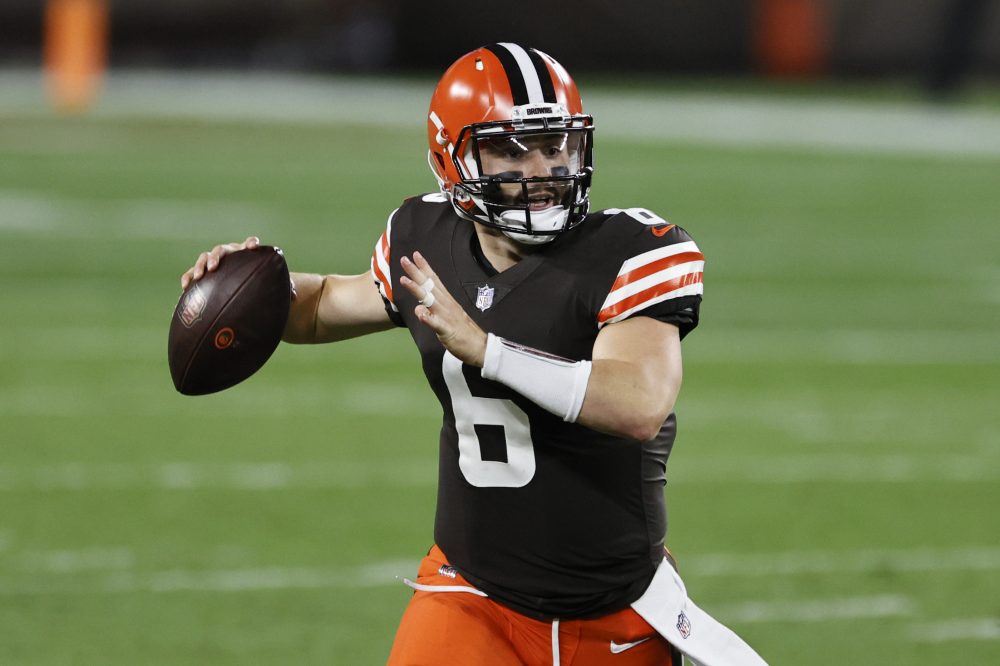 Q: There are some rumors at least in the national media that Baker Mayfield could be gone in the offseason. How do you view this? Also, what do you think Baker will have to do over the second half of the season to solidify his status as a Brown going forward?

A: I fully expect Mayfield to be back next season, but there’s no doubt the next eight games will play a huge role in determining his future with the Browns.

Through 2½ seasons, Mayfield hasn’t solidified himself as a franchise quarterback. While the sample size isn’t giant and he’s had to deal with coaching and system changes, it is fair to note quarterbacks such as Deshaun Watson, Lamar Jackson and Patrick Mahomes didn’t need as much time to convince their teams they were the guy for the long term. Mayfield looked like that guy as a rookie but regressed in 2019. There was improvement in the first eight games this year but also enough inconsistency to leave doubt.

With an offensive roster loaded with talent, Mayfield needs to meet the challenge. If he doesn’t, general manager Andrew Berry and coach Kevin Stefanski weren’t responsible for drafting him and could be more quick to move on. But I don’t see that happening, especially after this season. The second-half schedule is favorable and sets up for Mayfield to play well and win games. If the Browns can get to 10 wins and secure a playoff spot for the first time in 18 years, I can’t imagine the Browns giving up on Mayfield, even if he isn’t the driving force. He just needs to play solid football, limiting turnovers, looking more comfortable in the pocket and rising to the occasion in the fourth quarter.

We’ll learn a lot about how Berry and Stefanski feel about Mayfield by what happens with his contract. They have until May to pick up the fifth-year option on his rookie contract that’s expected to cost more than $20 million. They can also sign him to an extension following the season. Right now, picking up the option and securing him for two more seasons seems like the logical next step. If the Browns decline the option, like the Bears did with 2017 No. 2 pick Mitchell Trubisky, that would open the door for a change.

Q: How soon do the Browns need to figure out whether Baker is a QB warranting a long-term contract?

If Mayfield is outstanding the rest of the season, including in a possible playoff game or more, I could see the Browns locking him in for the long term. But there isn’t a huge rush to do so.

With the fifth-year option and the ability to use the franchise tag to keep him after that, the Browns can delay the decision for years. But if the team is going to sign him to an extension, it would be better off doing it before 2021 or 2022, before he’s eligible for the huge money that comes with the franchise tag.

Q: Your articles this week highlighted Browns coaches discussing adaptations to scheme and tendency coming out of the bye week. Being unpredictable is often the difference between winning and losing in the NFL, where one big play can change a game. How might an old fox like Romeo Crennel help his squad avoid the trap of being caught off guard by some new adaptation to scheme? Should be a real poker match Sunday, Go Browns!!

A: Crennel certainly has a few tricks up his sleeve. The good news for the Browns is that he doesn’t have many pieces on defense to carry out the plan he devises.

I think the most significant changes we’ll see with the Browns offense will be doing more that caters to Mayfield, like rollouts and play-action. Crennel also noticed this on film and will try to take that away, likely by crashing down end J.J. Watt and outside linebacker Whitney Mercilus. I also expect Crennel to load up the box to stop Nick Chubb and Kareem Hunt, daring Mayfield to beat him.

Crennel won’t make things easy for the Browns, but the Texans allowed 25 points to the Jaguars last week with rookie quarterback Jake Luton, a sixth-round pick, making his NFL debut.

Q: Technically the Browns are a playoff contender, but I believe they lack the necessary toughness and resilience to seriously challenge for the playoffs. I see them around 9-7. Would that record without a playoff appearance be seen as successful by the front office?

A: My first thought is yes, although I suppose it depends on how they get to 9-7. If they lose to the Jets or Giants, or to a Steelers team resting its starters, down the stretch and miss out on the postseason by a game, I think that would temper much of the excitement from the improvement in the record.

But if they mostly beat whom they should beat and stumble once — to the Texans, Eagles or Jaguars — I think the front office will look at the big picture and realize having a winning record for the first time since 2007 with a first-time coach and under trying circumstance qualifies as a success. But Berry and chief strategy officer Paul DePodesta realize the talent on offense, the easiness of the schedule and the available path to 10-6 and the playoffs. So while 9-7 may be celebrated, it will still qualify as a bit of a letdown.

Q:
One of the real frustrations for the fans watching pro football is the way that replays are handled, especially the amount of time to make a decision. It seems to be getting worse every year. What can be done to improve the process and is the NFL ready for a change?

A: Here are my two suggestions: Stop having the referee run over to the video monitor, and enforce a time limit.

Having said that, I don’t think it’s as big a problem as you do. I think it’s important to look at all camera angles and do everything possible to make the right call. I understand it’s annoying but am willing to suffer.

I should also add this: Sometimes the decision has been made but the referee is waiting for the broadcast to come back from commercial. Also annoying, but the bills must be paid.

Q: With the LB group ranking near the bottom in defensive rankings. Is Jacob Phillips a large enough upgrade to improve this LB unit?

A: The potential is there, but with him seeing such limited action in the first eight games — three games, but he left two with the knee injury — I think it’s unrealistic to expect him to have a big impact in the stretch run. Having said that, I think he’s one of the few possibilities for a defensive upgrade in the second half, so once he’s 100 percent I would give him plenty of reps.

He’s the biggest and might be the fastest of the group, so I’d like to see what he can do.

A: Nobody knows. Or at least they’re not saying.

The second-year cornerback has a nerve issue in his shoulder, and those are tricky. The Browns thought he had a chance to be back by Week 3, or else they would’ve put him on injured reserve. Instead, they waited well into the season to make the move. He hasn’t had surgery and the hope remains he’ll return this year, but it’s a bad sign when Stefanski doesn’t have updates when asked.

I wouldn’t hold out hope, as it’s looking more and more like a lost season.

Q: I believe the last time the Browns were good at running screen passes Gary Danielson was our QB. What is needed for its success and do you think we might see more screen passes in the 2nd half of the season?

A: The frustration in this area is well-founded. The Browns have been awful at screens for years and years, but I have seen progress in the last couple of seasons.

The biggest key is timing, from the play caller and the quarterback. I blame the long-term lack of success on the coaches and not enough practice. For example, Chiefs coach Andy Reid makes screens a priority, and his teams are always good at them. I think Stefanski has the intelligence and discipline to follow that path.

The Browns have the necessary ingredients. They have linemen that can get out and run and running backs who are dangerous in the open field. The last thing necessary for a successful screen is a defense coming hard after the quarterback. With Mayfield’s struggles vs. the pass rush, defenses should be susceptible. I do think we’ll see more of them in the final eight games.

Q: Do you think the Browns would ever sign Pat Elflein?

A: The guard was waived by the Vikings on Saturday, so he must go through waivers before becoming a free agent. The Browns can submit a waiver claim, but because of their 5-3 record other teams have the chance first. I think he’ll be claimed before the Browns.

But I could certainly see the Browns putting in a claim or signing him if he makes it through unclaimed. Stefanski knows him as well as anyone after Elflein started 43 of 44 games, all but one with Stefanski on the Vikings coaching staff. Elflein had a thumb injury and was just activated off IR.

The Browns are set in the starting lineup with left guard Joel Bitonio and right guard Wyatt Teller but could use depth on the interior. Chris Hubbard was solid when Teller was hurt, but he’s a natural tackle and on the COVID-19 reserve list.

Mailbag: Is the run defense as bad as it looked against the Raiders? Is Myles Garrett really OK? What lineup changes are possible?
Mailbag: Will Andrew Berry sign Nick Chubb to a long-term deal? Where should the offseason fix of the defense start?