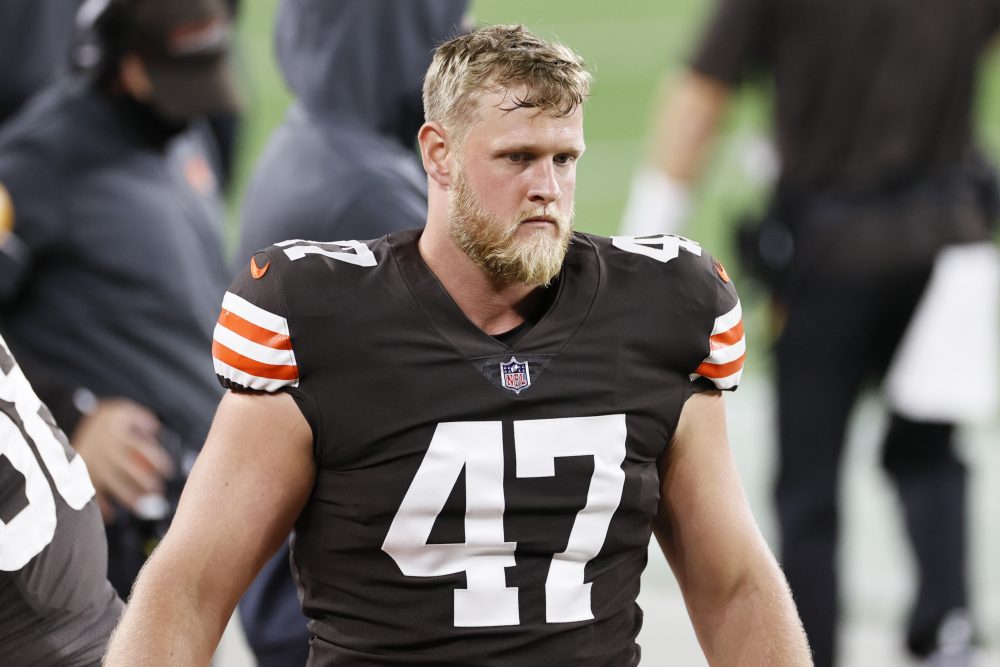 Long snapper Charley Hughlett was cleared to return to the Browns’ facility and will practice Thursday afternoon.

He was held out of practice Wednesday as a precaution after being a possible high-risk close contact to a medical practitioner not employed by the Browns who tested positive. Hughlett wasn’t placed on the COVID-19 reserve list, despite the Browns saying he would be.

Right tackle Jack Conklin and kicker Cody Parkey were placed on the list Wednesday after being identified as high-risk close contacts to the practitioner.

If Conklin and Parkey continue to test negative, they would be activated in time to play Sunday against the Philadelphia Eagles at FirstEnergy Stadium. Coach Kevin Stefanski said the hope is they return Saturday.


Stefanski said defensive end Myles Garrett is scheduled to return to practice Friday. He stayed home sick Wednesday, continued to test negative for COVID-19 and must receive another negative test Friday morning in order to return.

“You have the ability to still have virtual meetings with any of the players in situations like that, so that’s been a positive for us,” defensive coordinator Joe Woods said. “We’ll see what happens.”

Center JC Tretter is expected back Thursday after missing Wednesday’s practice for a personal reason.

The Browns are working through contingencies in case the players aren’t cleared to return.

“Hopefully we can get Cody back for the weekend,” special teams coordinator Mike Priefer said Thursday morning. “If not, Matt (McCrane) had a real good day yesterday, he’s going to kick again today, he’ll be ready to roll.”

The Browns cut Austin Seibert after the opener, signed Parkey from the practice squad and signed McCrane to the practice squad for a situation like this. Priefer wanted to have an option if the starting kicker wasn’t able to play because of the pandemic.

“The great thing is, our personnel people and myself, we’ve had a plan in place since July if something crazy like this happened,” Priefer said. “As I told Coach Stefanski the other day, we’re not going to bat an eye. We’ve got a plan and we’ve got to go execute the plan.

“If we don’t have Cody, we’ve got to be ready to go. And if Cody can come back Sunday morning, we’ll be ready to go. Either way we’re not pressing the panic button, we just go out and do our deal and Matt’ll be fine. Matt’ll do a great job for us if he has to play on Sunday.”

McCrane’s only NFL experience came in 2018 when he kicked for three teams, going 8-for-12 on field goals and 9-for-9 on extra points.