In the middle of a crowded playoff race, Browns determined to keep focus on task at hand 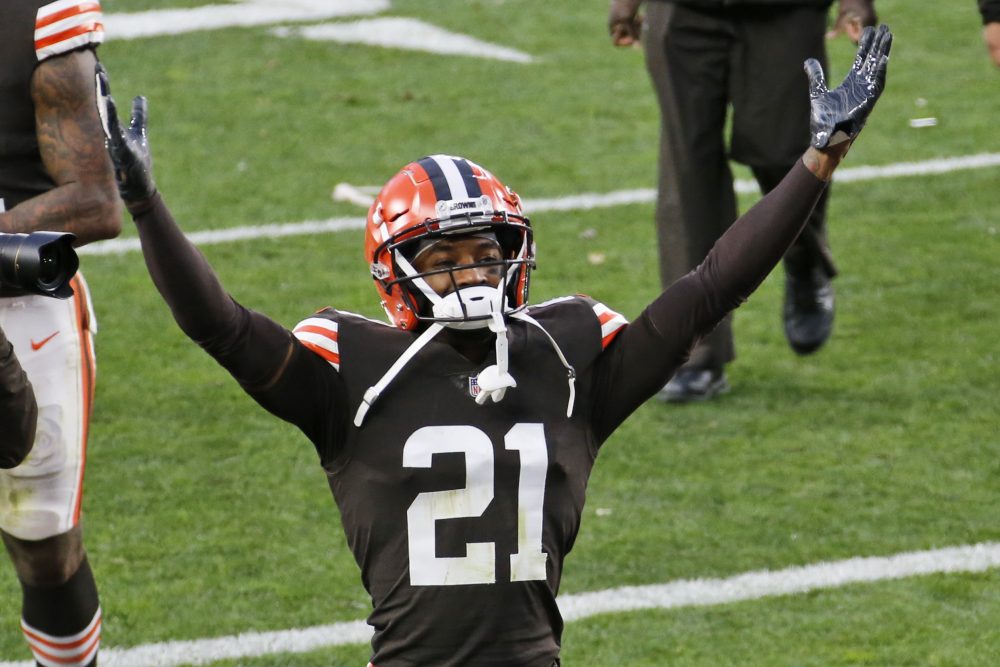 Left guard Joel Bitonio watches football when he’s not playing, so he can’t avoid being bombarded with the NFL playoff picture.

Defensive tackle Sheldon Richardson prefers Netflix and Hulu, so he remains removed from the postseason talk that promises to follow the Browns until they end the league-high 17-year drought or miss out again.

At 6-3, the Browns are having their best season since 2014. The playoffs looked like a foregone conclusion six years ago, before a ridiculous quarterback switch and five straight losses sabotaged the strong start.

The organization is solid this time around, and with a favorable schedule ahead, the prospects are promising. The journey continues Sunday with a visit from the Eagles (3-5-1) at FirstEnergy Stadium.

“I watch enough NFL games on Monday and Sunday to see the playoff picture and I know there are six teams at 6-3 or something like that,” Bitonio said during the week. “We have matchups with a couple of them coming down the stretch. We have played a couple of them already. You see all that stuff, but I think by the end of it, it is going to shake itself out where in a couple weeks it is going to be there are a couple teams that are 8-3 and a couple teams that are 6-5 and kind of see your way out.

“If we win enough games and if we keep winning games, by the end of the year, we are going to be one of the seven teams that are in the playoffs, and that is really our thought process right now.”

Richardson doesn’t put up with any distractions.

“I am not keeping an eye,” he said. “I am worried about me and my team only and what we are doing this week.

“I do not watch TV that much. I am usually a Netflix and Hulu guy. They praise you and then they praise you and praise you, and then as soon as you do something wrong, they tear you down just as fast. It comes with the territory, so I just keep my mind clear of it all.”

The Browns would normally be in great shape, but the AFC playoff race has gotten crowded, with the Dolphins, Raiders, Ravens, Colts and Titans also at 6-3. The Steelers (9-0) lead the North, the Chiefs (8-1) the West and the Bills (7-3) the East, with the Colts and Titans dueling in the South.

That leaves three wild card spots — an extra one this year — for five teams.

Here are the contenders’ remaining schedules:

Cleveland Browns: vs. Eagles, at Jaguars, at Titans, vs. Ravens on “Monday Night Football,” at Giants, at Jets, vs. Steelers. Opponents’ record: 28-35-1.

Tennessee Titans: at Ravens, at Colts, vs. Browns, at Jaguars, vs. Lions, at Packers, at Texans. Opponents’ record: 32-31.

Indianapolis Colts: vs. Packers, vs. Titans, at Texans, at Raiders, vs. Texans, at Steelers, vs. Jaguars. Opponents’ record: 33-30.

The Browns won’t have defensive end Myles Garrett for at least one game, as he tested positive for COVID-19 on Friday. An important part of the stretch run will be how the teams deal with the seemingly inevitable loss of players to positive tests or as close contacts.

Ten wins is usually enough to secure a wild card spot, but not always. Browns fans remember 2007 — Cleveland’s lone winning season since 2002 — when the Browns lost the tiebreaker to the Titans.

While there’s no guarantee with 10 wins, with the extra playoff spot and many of the contenders facing off over the last seven weeks, that seems like the magic number.

“These games are too important and the preparation required is too important to spend any time with your mind wandering elsewhere,” he said.

The matchup with the Eagles isn’t a must-win but it’s certainly important. The Browns are a three-point favorite, then will go on the road for four of the final six games.

“We have to take care of our business this week,” Bitonio said. “Philadelphia is a good team. They have been injured, but they are getting healthy. They have all the weapons. They have a lot of the guys that they won a Super Bowl with only a few years ago. It is going to be a challenge for us.”

Being in the thick of the race is a welcome change, especially after the huge expectations last year didn’t come close to being realized.

“Just have to keep winning,” Richardson said. “One game at a time, one play at a time. Nothing too major. Do not look past anybody. Everybody is a big opponent as of that week. That is how we are looking at it.”

No matter how diligent the Browns are in staying on message, they’re human. Qualifying for the playoffs and making a run at the Super Bowl are naturally in the back of mind.

“It also is taking care of the things along the way and realizing we can’t look ahead.”

“That first training camp meeting, I promise you all 32 clubs talked about their goals and what they want to do,” Stefanski said. “You state them early and then just make sure you are playing good football throughout.”

“If we can be the best Browns we can be, I am positive we can play with anybody,” running back Nick Chubb said. “So just take it day by day and see where we are.”