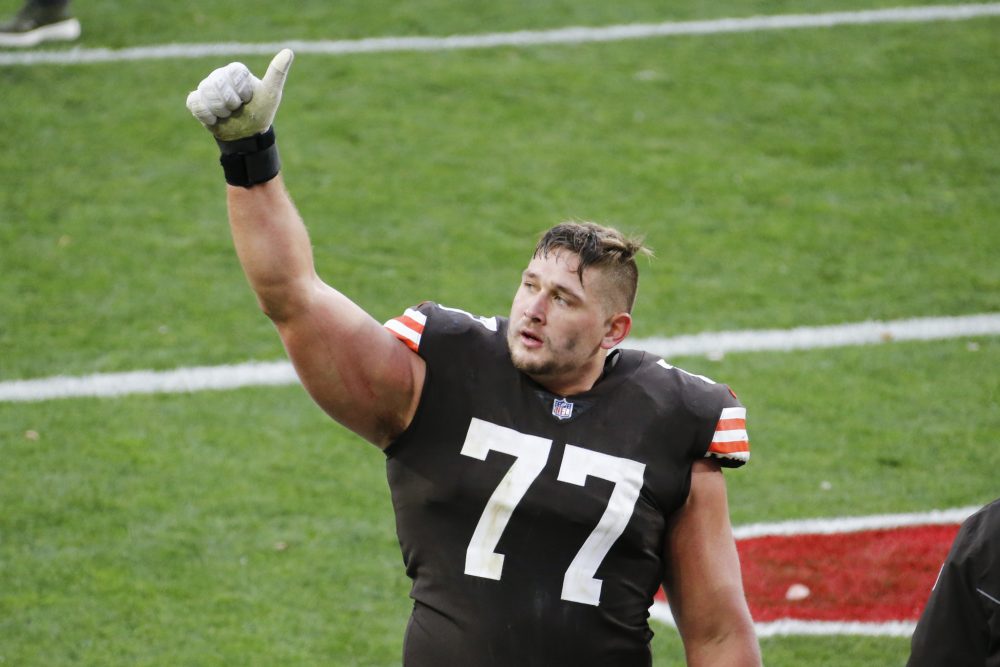 CLEVELAND – Right guard Wyatt Teller (calf) and linebacker Mack Wilson (hip) are active and expected to start for the Browns this afternoon against the Eagles at FirstEnergy Stadium. Kickoff is schedule for 1 p.m.

Both were listed as questionable on the official injury report Friday.

Teller missed three games with the calf injury before returning last week against the Texans. He played every snap in the 10-7 win, but coach Kevin Stefanski said Friday he was “definitely sore.” He was limited all week in practice.

Wilson didn’t practice Thursday, working on the side with an athletic trainer, but returned Friday in a limited capacity. He missed the first two games of the year with a knee injury but had declared himself 100 percent recovered.

The Browns didn’t have any surprises on the inactives list.

With Myles Garrett out after testing positive for COVID-19 on Friday, Porter Gustin is expected to start in his place. Adrian Clayborn will rotate in.

Linebacker Sione Takitaki was picked to be the game captain by Stefanski.

In the middle of a crowded playoff race, Browns determined to keep focus on task at hand
Browns 22, Eagles 17: Defense meets challenge without Myles Garrett as Cleveland improves to 7-3