Myles Garrett ruled out for game vs. Jaguars, will remain on COVID-19 list 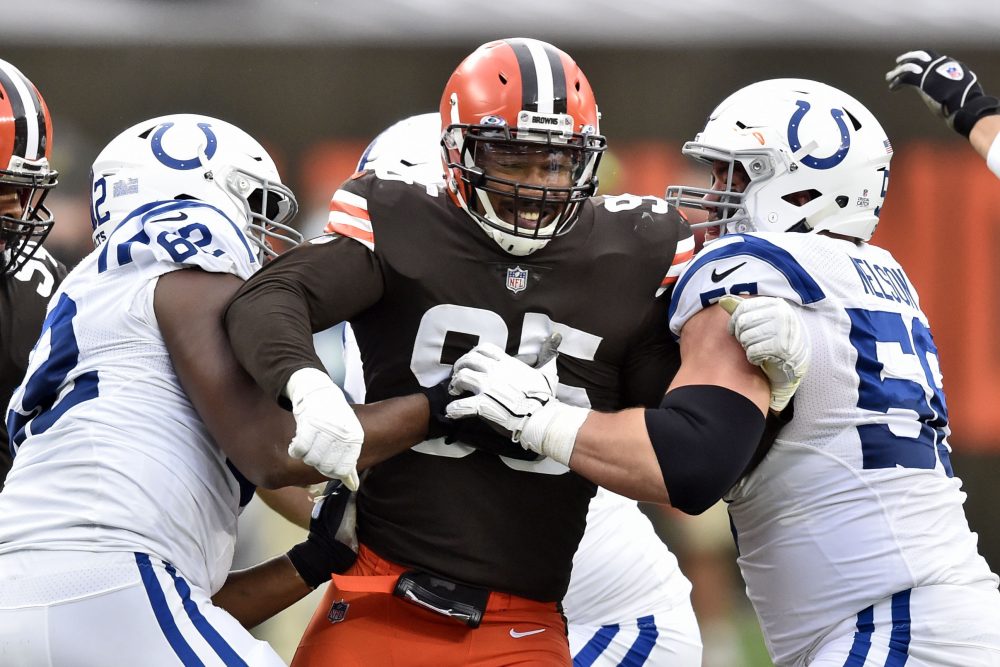 The Browns proved they can win without standout defensive end Myles Garrett, beating the Eagles 22-17 on Sunday.

They’ll have to try to do it again this weekend against the Jaguars.

“I am not going to get into specifics per se on how he is feeling,” Stefanski said Monday. “I will just tell you we are ruling him out because that is what the protocols call for. We are just following the rules, and we will continue to do so.”

The NFL-NFL Players Association protocols state that a player who tests positive and has mild symptoms isn’t permitted to return until at least 10 days after he initially reported the symptoms. Players with moderate to severe infections are recommended to complete an exercise program for a minimum of seven days before rejoining practice or playing in a game.

“I believe the best way to put it is this is not like having an injury where Sunday is the goal and you try to fit the pathway to get back by Sunday,” center and NFLPA president JC Tretter said. “There are certain limitations on days and how long you have to be out because a sprained ankle does not impact the rest of the team, a contagious virus does.”

Fullback Andy Janovich and backup offensive lineman Chris Hubbard remained on the COVID list, and Stefanski said the team’s “waiting to see” on them and couldn’t rule them in or out for the Jaguars game. Hubbard tested positive Nov. 13 and Janovich on Nov. 16.

Garrett led the league with 9.5 sacks and was tied for the lead with four forced fumbles through nine games. He’s still in contention for NFL Defensive Player of the Year, along with Rams tackle Aaron Donald and Steelers outside linebacker T.J. Watt, but the missed games won’t help.

The Browns survived Garrett’s absence against the Eagles because several players made big plays at key times. End Olivier Vernon led the way with three sacks, including a safety, end Adrian Clayborn added 1.5 sacks and a forced fumble and cornerback Denzel Ward had an interception, three other passes defensed and a quarterback hit that led to linebacker Sione Takitaki’s 50-yard interception return for a touchdown.

“Myles’ presence will be missed regardless,” linebacker B.J. Goodson said. “He is another great leader for us. What he brings to the table is amazing, as well, but we never had any doubt as far as the next man up. We never had any doubt about anyone behind him. Going into this next game, we go into it with the same amount of confidence.”

Vernon and Clayborn entered the game with two sacks apiece and hadn’t done much to relieve the burden on Garrett. They seemed to embrace the added responsibility vs. the Eagles.

“Those guys were relentless in their pass rush,” Stefanski said. “They played the run really well. A really good collective effort from the defensive line, and it is something that we need from those guys every game.”

The Browns’ sights are set on making the playoffs for the first time since 2002, and Stefanski realizes how they deal with the pandemic will affect the pursuit. The Browns had avoided any positive tests this season until this month and have done well avoiding a rash of high-risk close contacts that can deplete a roster.

The next challenge will be limiting how much the virus affects the team as cases keep spiking across the league, state and country. Tretter said the protocols he helped negotiate are working, especially in limiting the spread within Browns headquarters.

“That was one of the big things about keeping this season going is having really strict contact tracing and making sure we keep high-risk close contacts out of the building as they have a higher likelihood of turning positive,” he said. “That way, the spiral of positive cases gets cut off and not allowed to continue. Our cases having gone up leaguewide, that is why the protocols are so important about keeping the season going and keeping guys healthy and not allowing that virus to spread once it gets into the building.”

Stefanski has preached diligence throughout the season and focused the message with Thanksgiving this week.

“We made sure to educate everybody in the last few weeks about really what is going on, the risks that are involved and things that you can do to hopefully mitigate some of those risks,” he said.

He’s consistently stressed making good decisions inside and outside the building.

“It is very obvious to all of us what is going on in our communities, and we have to make sure that we are doing everything to keep ourselves safe, players and coaches, the staff and their families,” he said. “We have to make the right decisions now more than ever.”

The union has advised players on how to approach the holidays. In a normal year, coaches and players host family members from across the country.

“It is definitely a concern,” Tretter said. “How widespread it is at this point, the more people you bring into your bubble and into your household, the higher risk you take of one of them being sick and passing it on to you. That is a risk.

“We are continuing to put out information to teams and to individual players about what type of quarantines are best to ask of your guests to decrease the likelihood that they can spread the virus to you, the best way to set up your house and the best way to have this meal.

“It is a tough year. It is a tough year for relationships and for families. It is really tough to go a long time without seeing your loved ones. We get it. We get that this is the time of the year — Thanksgiving and Christmas — that you have always expected to bring your family together and have those holidays, really special holidays. It is tough, but this is a crazy year and a lot going on. We just try to provide the best guidance of the best way to keep you safe and keep your family safe, if you choose to do that.”