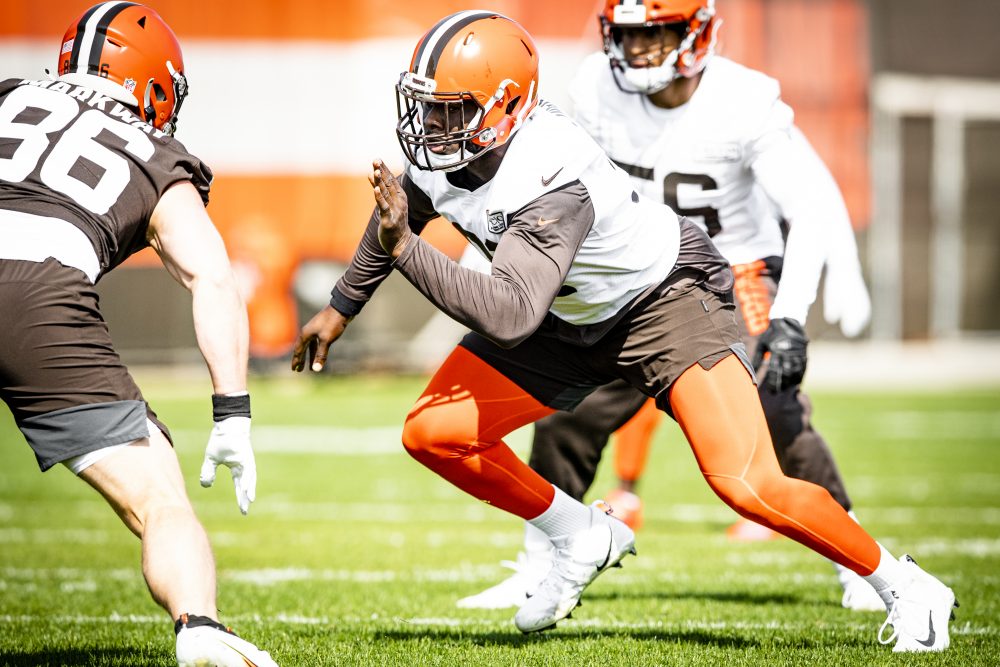 Jackson, in his second NFL season, has five tackles and a fumble recovery in three games. He hasn’t played since Week 4.

The Browns claimed him off waivers from the Cowboys on Sept. 6.

The Browns didn’t have any positive tests this season until a staff member Nov. 7 during the bye. Since then, Hubbard (Nov. 13), Janovich (Nov. 16) and Garrett (Friday) tested positive and haven’t played.

Browns headquarters was open Tuesday afternoon after temporarily closing, and the team was scheduled to begin the practice week Wednesday.

The Jaguars have COVID issues, as well.

NFL Network reported the entire defensive coaching staff was out of the building Tuesday — when the game plans are made — because of COVID-19 protocols. Contact tracing was underway.

Myles Garrett ruled out for game vs. Jaguars, will remain on COVID-19 list
Denzel Ward to miss time with calf strain, leaving the defense without its two best players vs. Jaguars