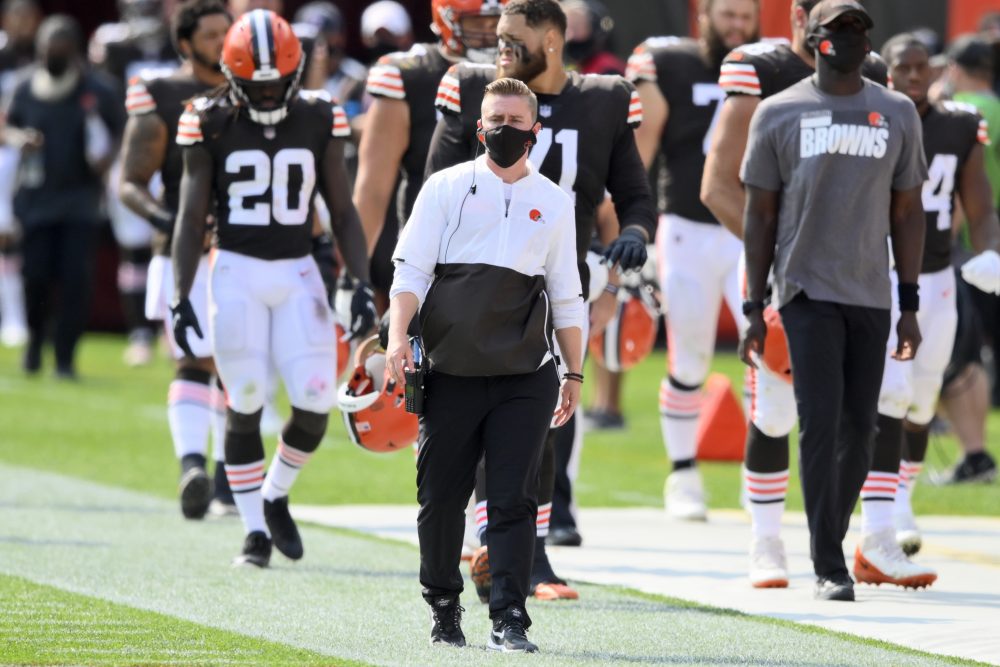 Chief of staff Callie Brownson is no stranger to making history.

Brownson, the first full-time female coach in Browns history, will become the first interim female position coach in NFL history against the Jaguars, according to NFL senior director of diversity and inclusion Sam Rapoport.

Brownson will handle the gameday duties of tight ends coach Drew Petzing, who won’t make the trip after his wife, Louisa, gave birth to the couple’s first child Saturday morning.

The NFL changed its policy this year, requiring teams to announce when a member of the coaching staff misses a game for any reason. The team also must announce who will fill the role.

Brownson orchestrates the day-to-day operations for coach Kevin Stefanski, helps run practice and is on the sidelines during games. She was instrumental this week when positive COVID-19 tests and contact tracing threw the schedule into disarray.

“So on a day like this when you are trying to get the schedule, and you are trying to add extra meetings and Callie is putting everything together for us, so she is the star of the day and able to put that together,” Stefanski said Wednesday. “So that is where I am lucky to have really good coaches around me.”

When the Browns played Washington earlier this year, it was the first NFL game that featured a female coach for both teams and a female official.

Safety Andrew Sendejo was penalized 15 yards for unnecessary roughness Sunday when he drilled an Eagles receiver away from the ball. The penalty negated a Browns sack.

The hit didn’t draw a fine from the NFL, but it elicited a rebuke from Stefanski.

“I talked to him and I talked to the whole team about that play in particular,” he said. “We can’t do things that take away from the team. I know what his intentions were, and obviously that is a play that he would like back. When you go from a sack to a plus-15 foul, it is just really hurting the team.

“We are not about that. We are and should be a disciplined football team, and that is both pre-snap and post-play. Disappointed in that play. Andrew understands that, and really any of our guys with the 15-yarders, they are just killers to a football team.”

The Browns are short-handed on the defensive line, with ends Myles Garrett, Porter Gustin and Joe Jackson on the COVID reserve list.

Malveaux was also elevated last week, made his season debut and forced a fumble in the 22-17 win over the Eagles. He’ll back up starters Olivier Vernon and Adrian Clayborn.

Tackle Sheldon Richardson could also slide outside to play end.