Notes: Jack Conklin excited for return to Tennessee; Nick Chubb says he’s been “amazing for us” 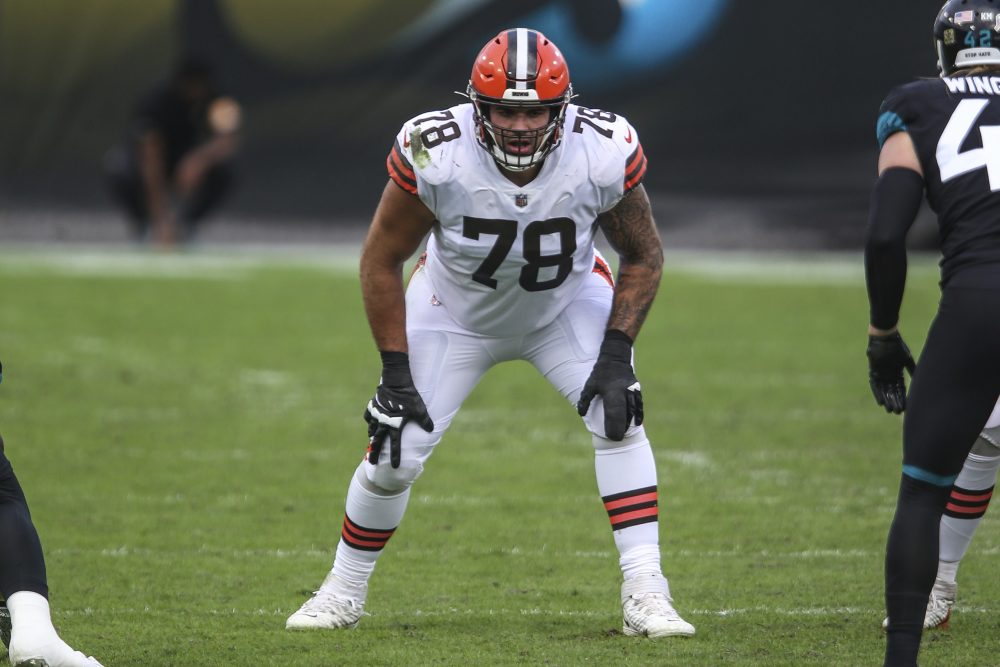 Jack Conklin seems to be more focused on reconnecting than getting revenge this week.

The 6-foot-6, 308-pound right tackle was drafted by the Titans with the No. 8 pick in 2016. He started 62 games, including the AFC championship last year, before signing a three-year, $42 million deal in March to join the Browns.

“Definitely,” Conklin said Wednesday when asked if he was fired up to face the Titans on Sunday in Nashville. “Anytime you can go back to a place you spent four years of your life and play against a bunch of your friends and old teammates, it is exciting to go back, see all those guys and have such a good matchup going here with two 8-3 teams.”

The Titans didn’t pick up the fifth-year option on Conklin’s rookie contract after knee injuries ended his 2017 and ’18 seasons, so he played out 2019 and hit the free agent market.

“Jack did a lot of good stuff here,” Titans coach Mike Vrabel told reporters in Tennessee. “Now we’ll have to go against him, like a lot of other players that move on to other places. Jack’s continued to work and develop.

“He missed a few games but he functions well in that scheme, it’s similar to stuff that we asked him to do.”

Conklin has played a large role in the improvement of the offensive line, which has paved the way for Nick Chubb and Kareem Hunt to each rush for 700 yards and Baker Mayfield to be sacked only 17 times.

“He is a great addition to this team,” Chubb said. “He is awesome. We love Jack here. He has been amazing for us. He is an amazing person, too. I love having him on this side of the ball with me.”

Chubb said it’s easy to see why Conklin’s an upgrade.

“He is big and physical,” he said. “He came from a team that was built on being physical. He still has that about him.

Baker Mayfield wants Browns to “seize the moment” in meaningful December games, still mad at himself for missing easy throws vs. Jaguars

The Browns have been through the drill many times.

The team facility was closed Wednesday morning after a staff member tested positive for COVID-19, and all meetings were held virtually while contact tracing was conducted. The building reopened by late morning, and practice was pushed back an hour to 2:20 p.m. in the field house.

The Browns have had six players go on the COVID-19 reserve list since Nov. 13, with each positive test leading to the same protocols being implemented.

“We are always going to be careful and cautious when it comes to safety and health of our organization, our players, our coaches, our staff,” coach Kevin Stefanski said. “With that, we did the close contact tracing with the league and feel comfortable that the building can open back up.”

The Browns were able to practice as a team, which was an improvement over last week. After positive player tests last Wednesday and Thursday, the offense and defense practiced separately Wednesday and the defense didn’t practice Thursday.

Defensive end Myles Garrett was a full participant in his first practice since Nov. 13 and wasn’t listed on the injury report. He was activated from the COVID-19 reserve list Tuesday after missing two games.

“That is huge,” Chubb said of his return. “Myles is special. He is a great player, and we have missed him the last two weeks. It will be great having him back out there with us, and he can make some big plays for this team like he has done all season.”

** Cornerback Denzel Ward (calf) was the only eligible player who didn’t practice. He didn’t play Sunday in the 27-25 win over the Jaguars and isn’t expected to play against the Titans.

** Stefanski didn’t have an update on defensive ends Porter Gustin and Joe Jackson and linebacker Sione Takitaki, who are on the COVID-19 reserve list.

Stefanski didn’t provide a timetable for strong safety Ronnie Harrison’s return from a shoulder injury suffered Sunday. He was placed on injured reserve Tuesday and must miss at least three games. The Browns have five games left in the regular season.

“I am hopeful that he can make it back,” Stefanski said.

Stefanski didn’t reveal the specific nature of the injury but said the shoulder wasn’t broken and surgery wouldn’t be necessary.

Karl Joseph, who lost the starting job to Harrison, and Redwine are the top candidates to replace Harrison and could be used in a rotation. Tedric Thompson was claimed off waivers from the Chiefs on Monday but must clear COVID-19 protocols before he’s eligible to practice.

“Ronnie is doing a nice job, so I am disappointed for him,” Stefanski said. “I felt bad for Ronnie especially playing against his former team. But he has given us a bunch of good reps. He has impacted the game. He has made big plays.

“So without him somebody is going to have to step up and make those plays and we are confident in the guys we have.”

Vrabel played for coach Bill Belichick with the Patriots from 2001-08 and they won three Super Bowls together. Vrabel wasn’t a fan of Belichick a decade earlier when he was coach of the Browns and Vrabel was at Ohio State after growing up in Northeast Ohio.

“I didn’t like him then. He got rid of my favorite player, which was Bernie Kosar,” Vrabel said.

He was reminded of the passion of Browns fans before the opener last year.

“The crowd was packed 45 minutes before the game started,” Vrabel said. “They were catching punts, and the crowd was going nuts just catching punts in warm-ups. I was talking to my family, and it was a tremendous atmosphere and one that we needed to handle in order to win that football game last year.”

Defensive end Jamal Davis (6-3, 245), a Canton native who went to the University of Akron, was signed to the practice squad. He was undrafted in 2019 and spent time with the Texans, Colts, Titans and Dolphins. He played in three games last year with Miami and spent training camp this year with the Titans.

Notes: KhaDarel Hodge sees deep playoff run for Browns: “No one can stop us but us”
Notes: Myles Garrett feels good, looks good in return, so only question is how much he’ll play vs. Titans