Commentary: Kevin Stefanski has chance to end Browns’ Coach of the Year drought 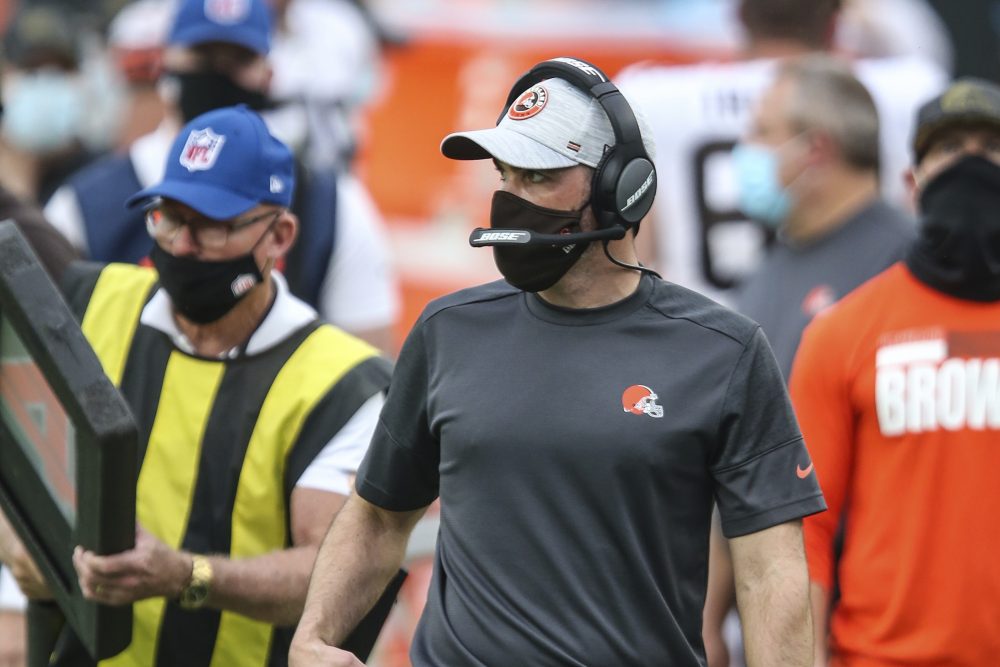 Here’s something you’ll probably find hard to believe: it’s been 44 years since the NFL’s Coach of the Year was the coach of the Browns.

I know what you’re thinking: What about Bud Carson?

Those would be two hard no’s.

The last time the NFL’s Coach of the Year was the coach of the Browns, there’s a decent chance you weren’t even alive.

The year was 1976. The coach was Forrest Gregg, who the Browns fired the year after he won the award, but four years later Gregg took the Cincinnati Bengals to the Super Bowl.

Gregg was a Hall of Fame tackle for the great Packers teams of the 60s. His first head coaching job came in 1975 with the Browns when he and they went 3-11.

But in a dramatic turnaround in 1976, Gregg coached the Browns to a record of 9-5 and was named the AP Coach of the Year. The Browns were outscored by their opponents, finished third in the division, and didn’t make the playoffs, because only four teams in each conference did — the three division winners and one wild card. None of those were the Browns. Cincinnati and Pittsburgh were both 10-4.

The Browns haven’t had an NFL Coach of the Year since then, but it wasn’t due to a lack of trying. Since Gregg won the award in 1976 the Browns have had 18 head coaches. If that sounds like a lot, it’s because it is.

This year they have won all but three of their games.

That should put Kevin Stefanski in Coach of the Year territory, unless the Browns totally collapse the rest of the way.

The Steelers — it’s always them, isn’t it? — have a pretty good candidate themselves in Mike Tomlin, especially if his team, you know, doesn’t lose ANY games. But consider the size of the mountain both coaches have had to climb.

But it’s not just those numbers. Consider what Stefanski has had to overcome. With no head coaching experience in the NFL, Stefanski finally gets his chance, and then, with no preseason games, has to try to assemble and prepare a team in the middle of a world-wide pandemic.

So did all the other NFL coaches, but most them had NFL coaching experience. Stefanski had none. Then the season starts and before it’s half over Stefanski loses his best offensive player for the year, and his two best defensive players are going to miss at least a couple games each as well.

He finds himself in a division with perhaps an historically great Steelers team, and with another team, the Ravens, who last year won their last 12 regular season games in a row, and whose quarterback was the league MVP. The Ravens have fallen short of those benchmarks this year, but who knew that coming into this season?

Who knew Stefanski could turn around the Browns this fast? Who in the field of potential playoff teams has had a longer, more arduous journey than the Browns? Nobody.

Who had a head coach who, at the start of this season, had less experience being an NFL head coach than the Browns coach? Nobody.

Let’s throw out that ugly season-opening 38-6 trouncing in Baltimore, when the rookie coach seemed overwhelmed at times by the magnitude of the job ahead of him, following an unprecedented “flying by the seat of your pants” preseason, which was hard on veteran coaches, and brutal on rookie coaches.

Since their season-opening loss, the Browns are 8-2, despite a rookie head coach learning on the fly, a defense devastated by injuries, the ongoing COVID-19 challenges, and multiple other brush fires along the way that all head coaches must address every year.

If you were trying to construct the ultimate test to reveal the character and coaching chops of a first-year NFL head coach, it would be the one Stefanski has faced this year.

He’s gracefully handled everything thrown at him. He’s somehow executed a full 180 in repairing the team culture, he’s made no excuses, and most important of all, he’s won.

All of that sounds like a Coach of the Year.

Commentary: A win is a win, but the Browns need to play much better as the competition gets much tougher
Analysis: 5 areas to watch as Browns try to finish drive to playoffs