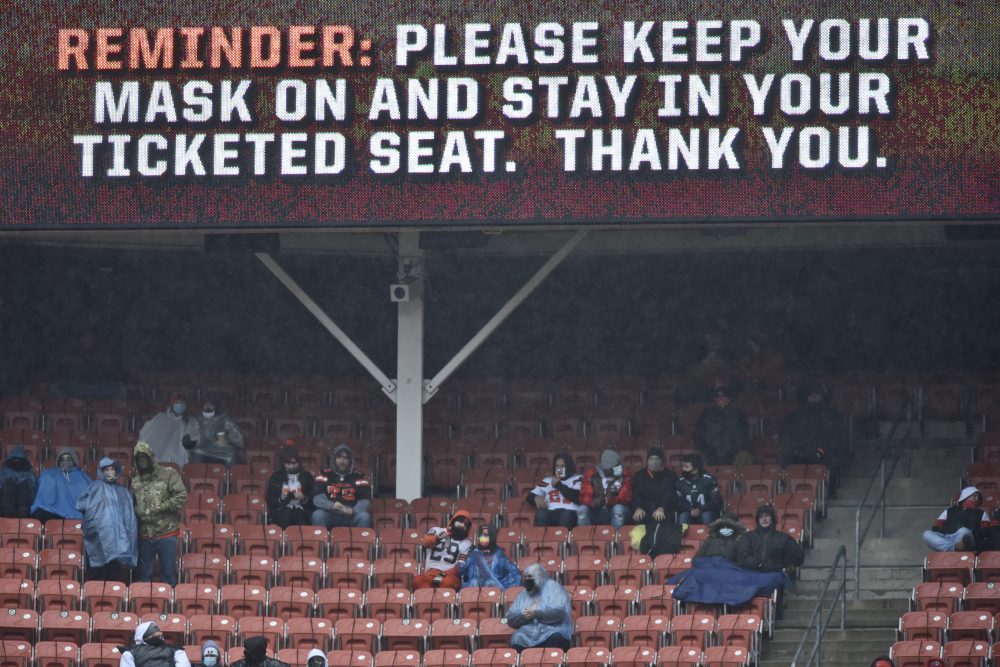 The “Monday Night Football” game between the Browns and Ravens will go on as scheduled Monday, kicking off at 8:15 at FirstEnergy Stadium with 12,000 fans permitted.

The Ohio Department of Health gave the Browns a variance from the 10 o’clock curfew that was extended to Jan. 2, Gov. Mike DeWine announced Thursday. Three other sporting events received the variance.

“To be honest, the biggest threat is not what goes on inside the stadium,” DeWine said. “The biggest risk from these games is not the spectators attending them, but other fans who aren’t attending in person who may gather with friends to watch the game inside without proper mask and social distancing protocols.”

The Browns began the season with 6,000 fans permitted at FirstEnergy Stadium, then the state allowed an increase to approximately 12,000.