Jim Ingraham: Steelers seemingly headed down just as Browns are on the rise 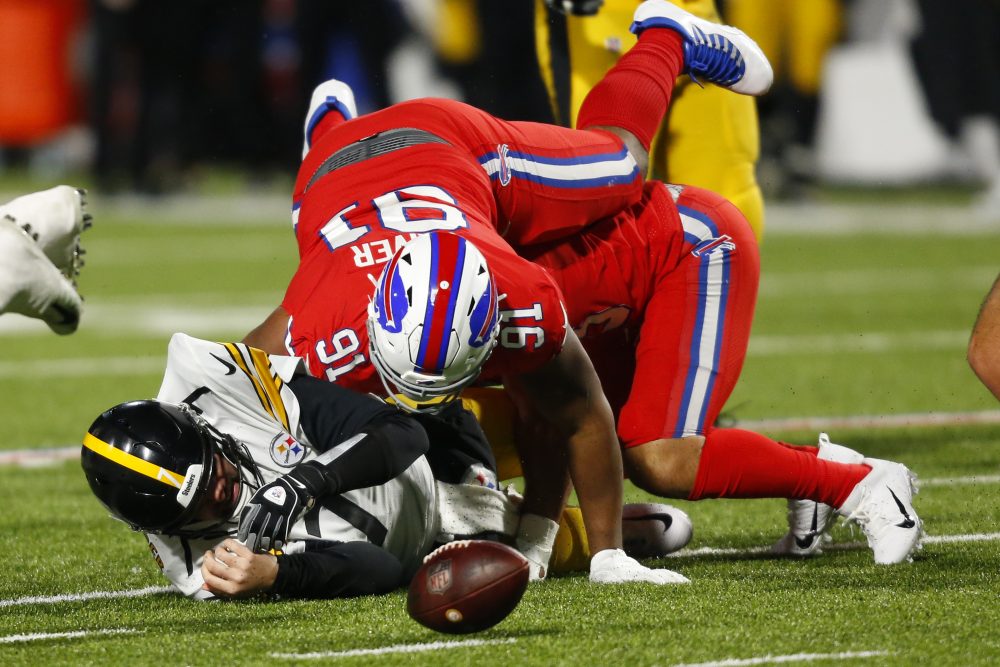 The King is dead. Long live the King.

Who is the new king?

That’s to be determined.

What we do know is that the throne was abdicated Monday night, when the Pittsburgh Steelers played — given the context and circumstances — maybe the worst game in franchise history.

Three weeks after extending their record to 11-0, the flat-lining Men of the Monongahela lost their third consecutive game, this one to a two-win team using a third-string quarterback. The Steelers not only lost the game, they never at any point even held the lead in the game.

They showed up in Cincinnati deader than a carp lying at the bottom of the Ohio River.

Finley riddled the Steelers defense for a whopping 89 yards passing in the 10-point victory over a franchise that has won more Super Bowls than any non-Bill Belichick-coached team in NFL history.

It was a night, a game and a result that suggested a changing of the guard in the AFC North is officially underway.

The free-falling Steelers may continue to fall freely. Their last two regular-season games are, given their no-show in Cincinnati, imminently lose-able. They play the playoff-hungry 10-4 Colts and the playoff-starving 10-4 Browns. Those are two big hills to climb for a Pittsburgh team that has lost three games in a row, two of them to teams with losing records (Washington and Cincinnati), and have been outscored 76-49 in the three games.

The Steelers’ mystique has all but vanished. This looks less like a slump than the end of an era.

The Browns and Ravens are both poised in the passing lane to honk their way past the oil-spewing Steelers as the bullies on the AFC North block starting as early as, well, now. Pittsburgh is 3-0 vs. the Browns and Ravens, but that was before the Steelers became old, slow and confused.

Forget what the standings say. With two games left in the regular season, the Browns and Ravens are the class of the division, and both seem capable of reaching and going farther in the playoffs than the disoriented Steelers, who have no running game, no passing game and, apparently, no answer to why this is so.

With the exception of their season-opening loss to Baltimore, the Browns have been an emerging force as the season has progressed. They began to really find their stride just as the Steelers started losing theirs.

The Browns have won five of their last six games, and in the one loss they dropped 42 points on a Ravens defense that has allowed the fourth fewest points in the NFL.

The Browns have a more well-balanced offense than either Baltimore or Pittsburgh. Baker Mayfield has only thrown one interception since Halloween. His 10 touchdown passes and 117.7 quarterback rating over the last four games has electrified an offense that in its three touchdown drives in the win over the Giants gained nearly a sixth of a mile.

Cleveland still trails Pittsburgh by one game and leads Baltimore by one game in the division, but there’s no question which of the three teams is not only on a steeper ascension, but better positioned going forward to be the lead dog in the division next year, and beyond.

The Browns are 10-4 despite the fact that they haven’t played a single game with their projected starting lineup on defense on the field at the same time. The offense is young, hungry, tough and talented, and it’s assisted by play caller extraordinaire Kevin Stefanski, who, now that Mike Tomlin has been eliminated from the field with the Steelers’ three losses, is the favorite to be the NFL Coach of the Year in his first year as an NFL coach.

With the Steelers staggering and looking for a soft spot to fall, with a 38-year-old quarterback who looks borderline done, an offensive line that suddenly looks old and slow, no running game at all and a corps of receivers who lead the league in drops, could Pittsburgh be on the verge of having to do what it hasn’t had to do in seemingly forever?

That would be fine with the Browns and Ravens — the current and former Browns, as it were — whose games over the next few years should be epic slugfests.

Never, since they reentered the league in 1999, have the Browns been this well-placed for the present and the future, not just in the strength of roster, but in the coaching staff and the front office decision makers as well, to finally make a push to sustainable excellence.

Coincidentally and conveniently, it occurs at a time in which the Steelers, for the first time in forever, may be forced to pass the torch.

Commentary: Kevin Stefanski and Baker Mayfield have made the amazing routine … and that’s remarkable
Browns-Jets Preview: 3 things to watch, 3 key numbers, the prediction