Keeping the faith: Team chaplain Robert Brooks is missed inside Browns headquarters but makes ministry work from a distance in 2020

Case Keenum trusts Robert Brooks with one of the most important things in his life, his faith. Keenum turns to Brooks for inspiration, guidance and a willing ear. He considers Brooks an indispensable resource.

Keenum, the veteran backup quarterback, signed with the Browns as a free agent in March as the pandemic gripped the country. Brooks, the veteran team chaplain, hasn’t been allowed inside team headquarters since the shutdown, as the NFL has strictly limited the number of people with access to its facilities and players.

“It’s definitely made it a whole lot tougher on him,” Keenum told The Chronicle-Telegram by phone Wednesday. “I’ve never actually met him and now he’s been my chaplain for the entire season. That’s usually one of the first guys that I try to meet and go have lunch with and try to get to know and know the families and introduce them to mine. Just somebody who’s a good resource to keep you healthy spiritually.

“He’s plowed through, man, and has really poured into it as much as physically possible.” 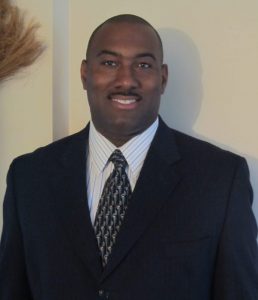 Brooks is an ordained minister and lives in Elyria with his family of seven, including sons Trey, who starred on the Open Door basketball team, and Caleb, who plays for the Patriots.

He isn’t employed by the Browns but has been a fixture in Berea for nine years. His easy smile, welcoming handshake and interesting conversation greet players, coaches, security officers and journalists alike.

“We’re all missing him in the building,” Keenum said.

Like so many things in 2020, Brooks’ ministry looks entirely different. Zoom has become a required tool of the trade alongside his beloved Bible and the daily devotions he emails.

The team’s weekly night-before-the-game chapel service is held virtually, as are the Bible study and one-on-one meetings. He’s made the best of it.

“But with the difficulties also come opportunities. There are people that may not be as comfortable coming to chapel service but they’ll log in on their phone because it’s Zoom. So I think that’s an opportunity itself that’s actually benefited from the challenge of dealing with COVID. We’re still thriving.”

Defensive tackle Larry Ogunjobi is in his fourth season with the Browns and said Brooks has done “an amazing job” of keeping guys active.

Brooks said attendance for the chapel service is around 20, just like in other years. And he finds silver linings in the storm clouds of a pandemic.

“I feel like the guys open up even more,” Brooks said. “Because it might be easier to tell me something on the phone than it is to tell me in person. I think that’s actually been a benefit.”

Brooks loves the one-on-one connection he makes with guys, many of whom stay in touch long after they’re done playing. He’s a missionary, so he regrets not forming the usual bond with rookies through the offseason and training camp and being able to expand his reach by simply being around the team and walking the halls.

“I kind of miss my being like the net outside the door to catch a few more,” he said. “I do miss that. That’s where I challenge the guys I consider leaders and guys who are very active in the ministry, ‘Hey, invite the guy next to you in the locker room or in your position room.’”

That’s not as simple in these strange times. All player meetings are remote, severely limiting the time they spend together anywhere but on the practice field.

“I’ve tried,” said Keenum, who promoted the Fellowship of Christian Athletes during the My Cause, My Cleats campaign. “But we have four different locker rooms and we’re not even allowed in the same meeting room. We’re not seeing as much of each other as we’d like.

“We try to get a text message chain going to remind guys.”

Brooks is a member of Athletes in Action, a Christian organization focused on developing the spirituality of college and professional athletes and helping them make a difference in the world. He left the University of Pittsburgh in 2012 to join the Browns.

He said COVID hasn’t been a consistent topic with the players but knows “it’s on their minds because it hits close to home.”

“I’ve definitely appreciated him in this trying time and trying season trying to make it as normal as he can for us,” Keenum said.

Until this year Brooks never experienced a winning season with the Browns, but did have a winless one. That explains why Kevin Stefanski’s the sixth coach in his tenure.

The Browns are 10-4 and on the verge of reaching the playoffs for the first time since 2002. Brooks has realized success, like failure, comes with challenges.

“I’ll say both of them can worry you,” he said. “I’ve sensed just an even keel of guys who say, man, you know what, we’ve been working all these years and now it’s finally coming together, for whatever reason.

“It’s something I’ve been desiring for them for a long time. It’s good to see. They’re handling success well.”

Brooks’ message has always been that a Christian athlete plays hard no matter the score or record. And when guys questioned if God was listening during 1-15 and 0-16, he assured them.

“You stay consistent, you stay resilient, it’s going to be worth it. When you’ve got guys who have been here, been through the fire and you’re really seeing that change and that growth, it’s just amazing.”