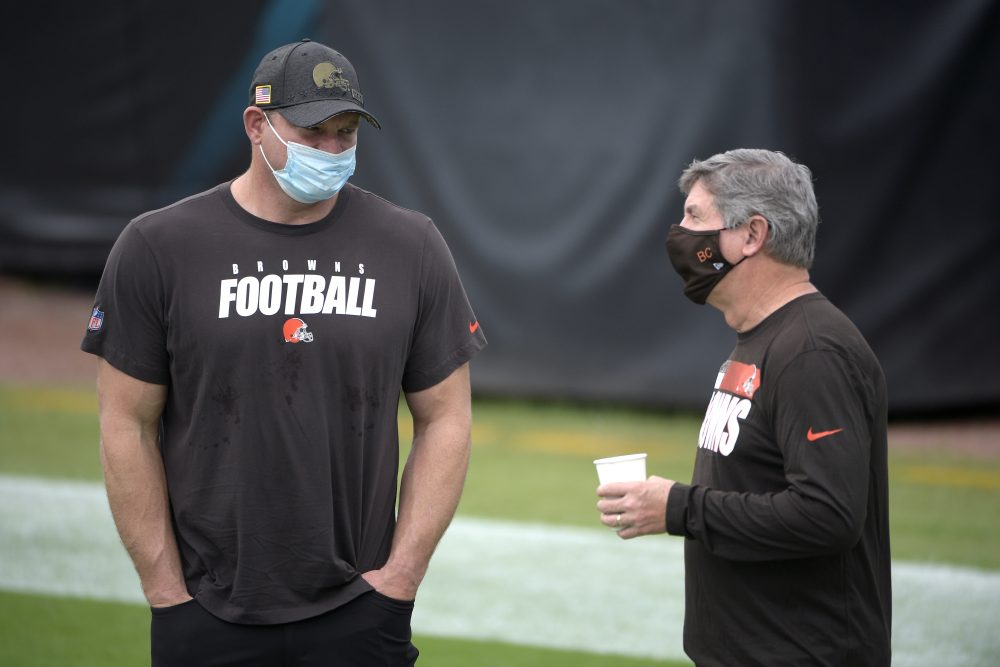 The Browns closed their facility, canceled a walkthrough and worked virtually Saturday after an assistant coach tested positive for COVID-19.

Later in the evening, cornerback Kevin Johnson was added to the COVID-19 reserve list. With Denzel Ward already on the list, the Browns will be without two of their top three cornerbacks Sunday against the Steelers. M.J. Stewart Jr., Robert Jackson and Tavierre Thomas will move up the depth chart.

The regular-season finale remained on as scheduled for 1 p.m. at FirstEnergy Stadium.

Offensive line coach Bill Callahan and assistant line coach Scott Peters won’t attend the game due to COVID-19 protocols. The team didn’t reveal who tested positive and who was the close contact.

Callahan is a former head coach and has received much of the credit for turning the Browns into the fourth-ranked rushing offense in the league at 145.5 yards a game.

Coaching assistant Ryan Cordell will lead the linemen during the game.

The Browns were already without pass game coordinator/receivers coach Chad O’Shea, who tested positive Wednesday. Chief of staff Callie Brownson will fill in for him.

The Browns have had seven players, including two on the practice squad, and two coaches test positive over the last two weeks. It wasn’t immediately known if Johnson tested positive, had symptoms or was a close contact of someone who tested positive.

If the Browns win, they will make the playoffs for the first time since 2002.

The Browns have been dealing with disruptions all week.

The team facility was closed for all or parts of Wednesday, Thursday, Friday and Saturday. The Browns held an abbreviated practice Wednesday, no practice Thursday and an extended one Friday.

They made a series of roster moves Saturday as they deal with COVID and injury issues.

Safety Karl Joseph was activated from the COVID reserve list after he had been a close contact of someone who tested positive.

The Browns are thin on the offensive line. Top backup Chris Hubbard is out for the year after knee surgery, rookie Nick Harris (knee) was ruled out Friday and Kendall Lamm (illness) was listed as questionable.

Without the additions, Michael Dunn would’ve been the only healthy backup.

Meander provides depth with Goodson and Smith out and Sione Takitaki and Tae Davis questionable with ankle injuries.

Myles Garrett says he’ll treat Mason Rudolph like any QB: “I’m not going to put a pillow underneath his head before I take him to the ground”
Confident they can handle the pressure, Browns look to take next step in turnaround by securing playing spot with win over Steelers