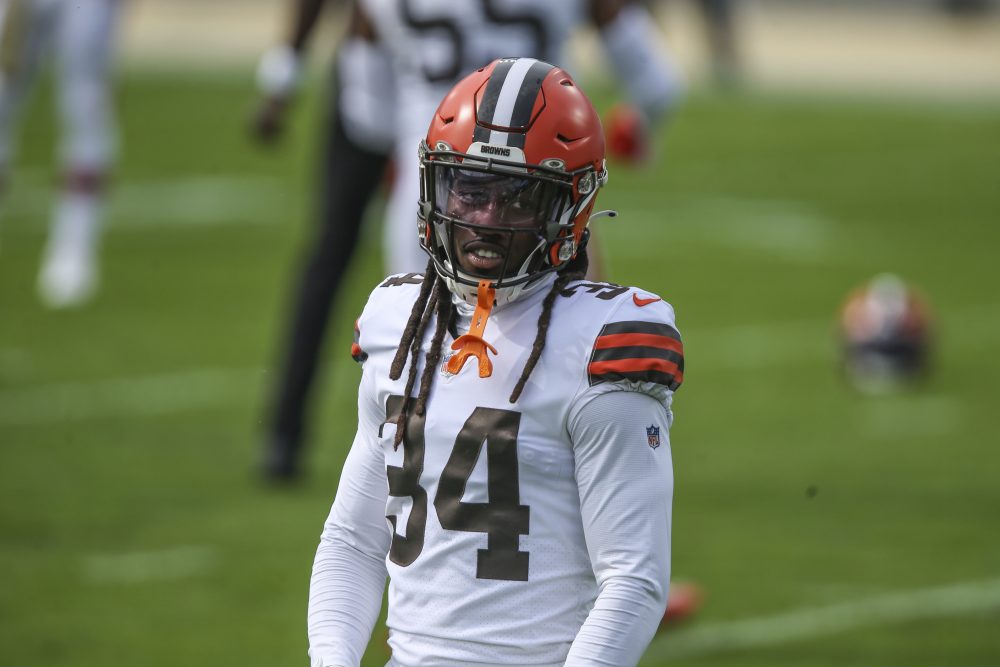 Jackson will start in place of No. 1 corner Denzel Ward, who tested positive for COVID-19 on Thursday. Kevin Johnson was scheduled to replace Ward but went on the COVID reserve list Saturday night.

Johnson normally plays nickelback and is expected to be replaced in the slot by M.J. Stewart Jr.

The Browns play the Steelers at 1 p.m. at FirstEnergy Stadium with the playoffs on the line.

Right guard Wyatt Teller and linebackers Sione Takitaki and Tae Davis are active after being listed as questionable with ankle injuries. They were limited in practice during the week.

The Browns are dangerously thin on the line with Nick Harris (knee) and Kendall Lamm (illness) inactive. Michael Dunn is the top backup, along with tackle Alex Taylor and guard Cordell Iwuagwu, who were elevated from the practice squad Saturday.

With linebackers B.J. Goodson and Malcolm Smith out with COVID, Jacob Phillips will start at middle linebacker and Mack Wilson on the weak side. Sheldrick Redwine will start for Andrew Sendejo at free safety.

Jackson was originally signed by the Colts as an undrafted rookie in 2018. He joined the Browns’ practice squad in 2018 and has played in 15 games, almost all on special teams.

Ward, Johnson, Goodson, Smith, Sendejo and rookie tight end Harrison Bryant are on the COVID list and don’t count against the gameday roster.

Things were calm for the Browns — finally — before the storm arrived.

The Browns had no new positive COVID-19 results Sunday morning, so the regular-season finale stayed on as scheduled.

The Browns have had a string of positive cases since Dec. 26.

In addition to the six players who are out, offensive line coach Bill Callahan, assistant line coach Scott Peters and pass game coordinator/receivers coach Chad O’Shea are out.

Coaching assistant Ryan Cordell will coach the linemen during the game, and chief of staff Callie Brownson will lead the receivers.

No positive tests for Browns on Sunday morning, and game will go on
Browns will look for 2 in row against Steelers on Sunday night at Heinz Field in 1st round of playoffs