Players “touched,” “blessed” to be in playoffs but have sights set on Super Bowl 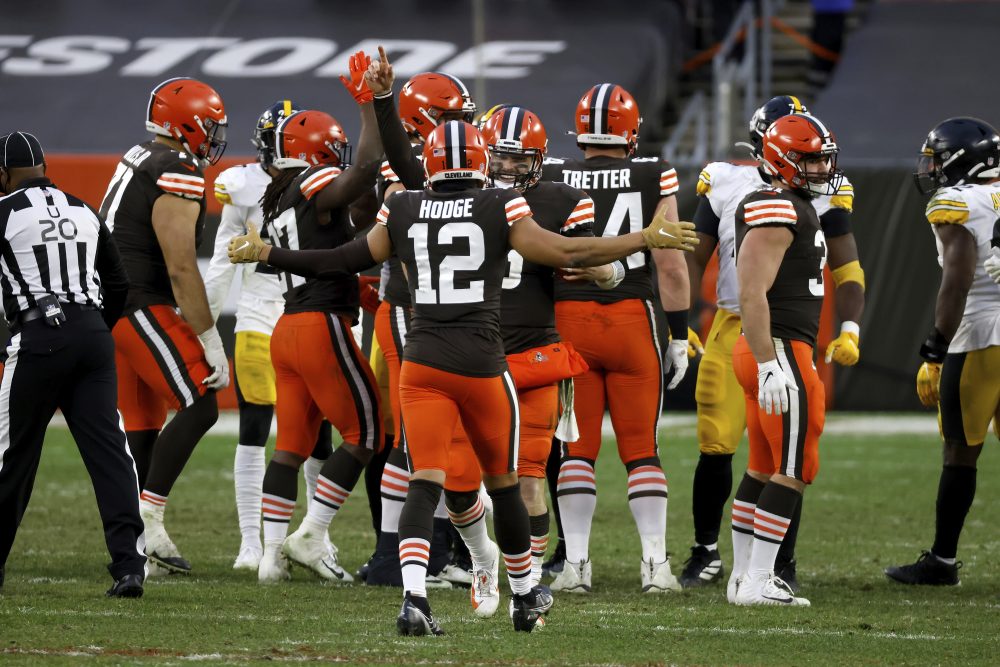 Kareem Hunt got a phone call Sunday from his cousins who were crying after watching the Browns beat the Steelers to qualify for the playoffs for the first time since 2002. Hunt initially referred to the call as funny, then said he choked up.

“It touched me, especially being born and raised in Cleveland,” he said Monday. “I experienced a lot here and to be a part of the team and help contribute to taking us to the playoffs is big. It is really a dream come true.”

Hunt, a running back, grew up in Elyria before moving to the East Side and starring at Willoughby South High School.

Larry Ogunjobi, a defensive tackle, was born in Charlotte, N.C., after his parents emigrated from Nigeria. They were two of the 12,000 at FirstEnergy Stadium for the franchise-changing victory after making the drive from North Carolina.

“Just being able to see my mom extremely happy and my pops was surreal for me because I know that they were right by my side when I went through that 0-16 season,” Ogunjobi said, referring to his rookie year in 2017. “It is a blessing to be a part of something special to turn this thing around. It is just amazing. I am excited.

“My parents always told me, ‘Just keep working. Keep trusting. It is going to turn around.’ I am glad they were able to see it when it happened.” 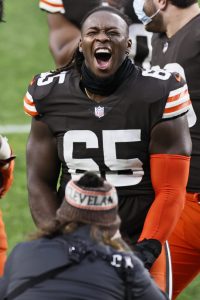 The Browns quickly found a balance between the exhilaration of ending the postseason drought and the realization that the playoffs start Sunday night in Pittsburgh and the ultimate goal has yet to be achieved.

“This is not one of those things where you tear the city down, start lighting fires and all of that kind of stuff,” Ogunjobi said. “The job is not done. We still have work to do. We are happy and we are excited to have this opportunity to be in this space, but the goal is not to just go to the dance. It is to find a way to win it.”

For the first time in a generation, the Browns are back in the playoffs. pic.twitter.com/wlxrhN5SOO

Coach Kevin Stefanski made that clear in the celebratory locker room.

“The guys get it. Those 14 teams that are in it want to win a Super Bowl,” he said. “In order to do that, you have to get in the tournament first. That is what yesterday was — they punched their ticket, and now we are going to focus on this game. It is a one-game season, and we have to do everything we can to prepare to play a really good football team again.”

Suddenly saying “Super Bowl” doesn’t sound so crazy in Cleveland. Fans have chanted it forever and players have mentioned it in July and August, but those mentions were in the abstract.

The new reality is the Browns are four wins from winning the first Super Bowl in franchise history. That’s more victories than they had in 1999, 2000, 2015 and 2016 but only 36 percent of Stefanski’s 11 after one season.

The odds remain long. At 22-to-1, the Browns have the worst odds to win the AFC championship. At 40-to-1, they’re ahead of only Chicago and Washington to win the Super Bowl.

Right tackle Jack Conklin came within a win of reaching the Super Bowl last season with the Titans and has a method for approaching the postseason.

“It is just that we are back to a clean slate,” he said. “The records do not matter anymore. It is win or lose and you go home, and anybody has a chance to go as far as they can.

“It is going to be extra physical. It is another step up from regular-season games and from division games. It is do or die. Everybody sort of has the feeling like, ‘Hey, we can be the team to make it.’ It is going to be a hard-fought battle, but we are excited to be a part of it for sure.”

A championship is the goal every year, but for too long it’s been a pipedream. Stefanski and this edition of the Browns have raised the bar.

“The most exciting thing is really just for the city of Cleveland,” Conklin said. “To have such good fans here and to be able to come through and make the playoffs for the first time since ’02, it is extremely gratifying.

“But that is not where we want to stop. This team is very goal-oriented and committed to what we want to do. We want to win a Super Bowl and bring that to Cleveland. This was the first step and we have a whole lot more to do and we are excited for the opportunity that we have put ourselves in here.”

Ogunjobi said the team’s mentality has changed this season.

“I feel like the difference this year is just we don’t get super hyped off of one win,” he said. “I feel like going through the years, sometimes we would win games and you would feel like, ‘Oh, we just won like a playoff game or something,’ but it was just one win.

“What we have done a very good job of this year is just staying focused on the task at hand and knowing that there is a bigger goal ahead of us, just taking it week by week and understanding that you have to go 1-0 every week and it not given, it is earned. You have to put in the work, you have to handle stuff in the film room and you have to handle stuff on Zoom calls, these meetings and in practice just to give yourself an opportunity to have a chance to win.”

The next obstacle is the same as the one just cleared: the Steelers. The Browns have lost 17 straight at Heinz Field and are 2-23-1 against quarterback Ben Roethlisberger, who rested Sunday.

“I understand the statistics are out there, but really not too concerned with the past,” Stefanski said. “We have a lot of guys here, myself included, that can’t really speak to some of those stats. I know it is boring, but we are going to focus on going 1-0 this week.”