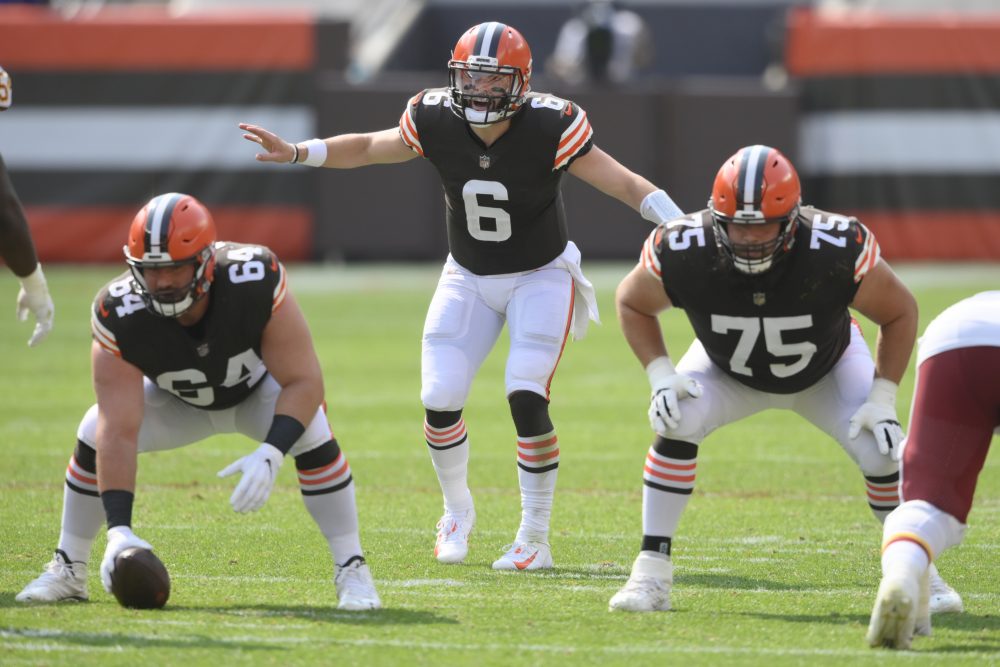 The COVID-19 outbreak cast a pall over the Browns’ first playoff appearance since 2002.

The game remained on as contact tracing was conducted.

“The first thing to start with is I feel for my teammates and coaches first off as human beings,” said Tretter, president of the union. “And their safety and their health and their families’ health and making sure that they are OK and fighting this virus well and making it through.

“We obviously have more work to do tracing and figuring out where the virus is coming from and how to move forward and that will come. We don’t have all those answers yet.”

Tretter and Bitonio are close friends after lining up next to each other for every snap since the start of 2017. Bitonio was a second-round pick in 2014 and is the longest-tenured player on the team.

“And it is extremely difficult, extremely tough. It’s tough because he, first off, loves playing football, loves the Cleveland Browns and this is just a terrible scenario for him and for everybody involved.”

Not only does Stefanski set the tone as the leader, he’s the offensive play caller. Special teams coordinator Mike Priefer will serve as acting coach, with offensive coordinator Alex Van Pelt calling the plays.

“He’s done an incredible job as a first-time, first-year head coach stepping in and leading us into the playoffs,” Tretter said. “So another huge loss for us, and I feel for him as a person and as a leader not being able to be out there with us and go into battle.”

The team facility was closed Tuesday while contact tracing was conducted, and Tretter expected it to remain closed Wednesday when the first practice of the week was scheduled to be held.

The Browns have had at least nine players test positive, including two on the practice squad, in the last two weeks. Cornerback Kevin Johnson is on the COVID-19 reserve list, but it’s not known if he tested positive or was a close contact.

The Browns didn’t have a positive test during the season until November, had a handful, then went three weeks without another before a string that hasn’t stopped. Stefanski had emphasized the importance of protocols throughout the season but still tested positive — at a highly inopportune time.

“I think what this proves is guys, even when doing all the right things, this virus is so contagious that it doesn’t guarantee you full protection,” Tretter said.

As the game remained on schedule, according to an NFL spokesman, NFLPA executive director DeMaurice Smith was asked what contingency plans exist if the Browns’ outbreak isn’t able to be contained by Sunday.

“We’ve tried to be incredibly flexible all year and you’ve seen some games moved, some games rescheduled,” he said. “The reality of where we are now in the playoffs and given the tighter window, a lot of those contingencies that we would have had in the regular season are things we probably don’t have the same level of contingencies during the playoffs leading up to the Super Bowl, which is why we’re stressing it’s going to require an even increased vigilance.”