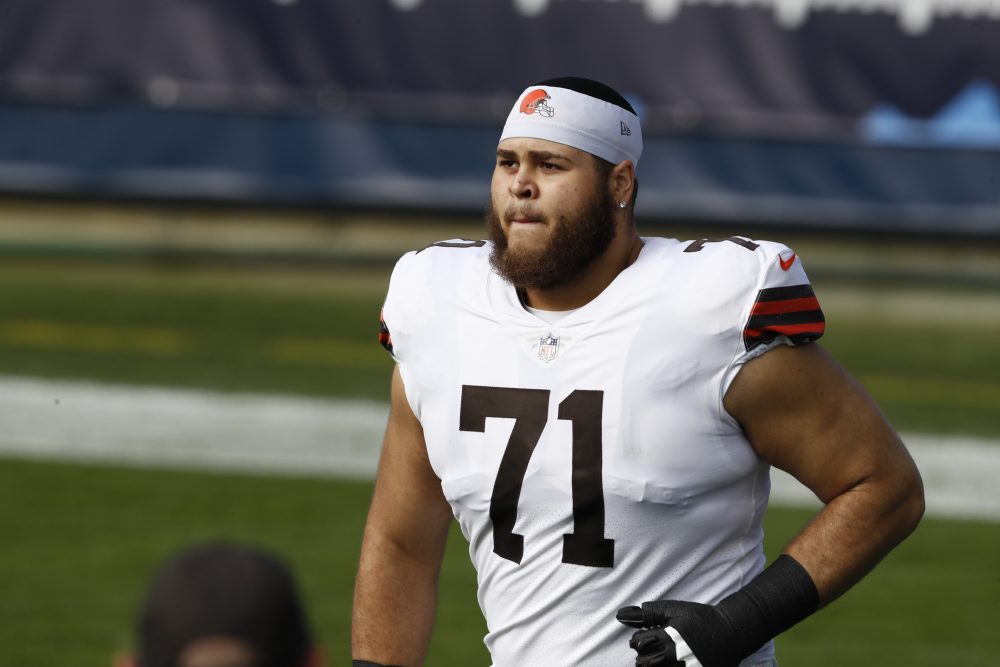 Two cars were stopped by police and given traffic citations, one with Texas license plates — Higgins is from Dallas — and one with Georgia plates, according to the Westlake Police incident report obtained by The Chronicle-Telegram. The report listed the time as 9:26 a.m.

The location was at Coventry Drive and Crocker Road.

A substance suspected as a marijuana joint was found and destroyed on camera under officer supervision, the report said. The initial report didn’t state in which vehicle or on what person the suspected marijuana was found. The full report is expected to be available Wednesday.

“We are aware of the incident, will gather more information and handle this matter appropriately,” a team spokesman told The Chronicle.

Browns receiver Rashard Higgins is tackled Dec. 20 in a game against the Giants at East Rutherford, N.J.
AP

He then tweeted “Was Tryna get away from Covid,” before quickly deleting both.

“So nobody has ever tried to beat someone off the line at a red light for a max 30 meters?” he tweeted. “Ight.. Blowing it way out of proportion. Ik y’all road ragers have”

So nobody has ever tried to beat someone off the line at a red light for a max 30 meters? Ight.. Blowing it way out of proportion. Ik y’all road ragers have

The Browns play the Steelers on Sunday night in the first round of the playoffs. Tuesday is the players’ day off.

The team facility in Berea was closed as contact tracing was conducted.

Wills was the No. 10 pick out of the University of Alabama in April. He’s started 15 games.

He also has a pending speeding case from Nov. 21. He was cited going 82 mph in a 60 mph zone by the Ohio State Highway Patrol.

Higgins became a starter when Odell Beckham Jr. suffered a torn anterior cruciate ligament Oct. 25. Higgins has 37 catches for a career-high 599 yards, a 16.2 average and four touchdowns in 13 games.

He was a fifth-round draft pick in 2016. He signed a one-year contract for the $910,000 veteran minimum to return this year as a free agent.