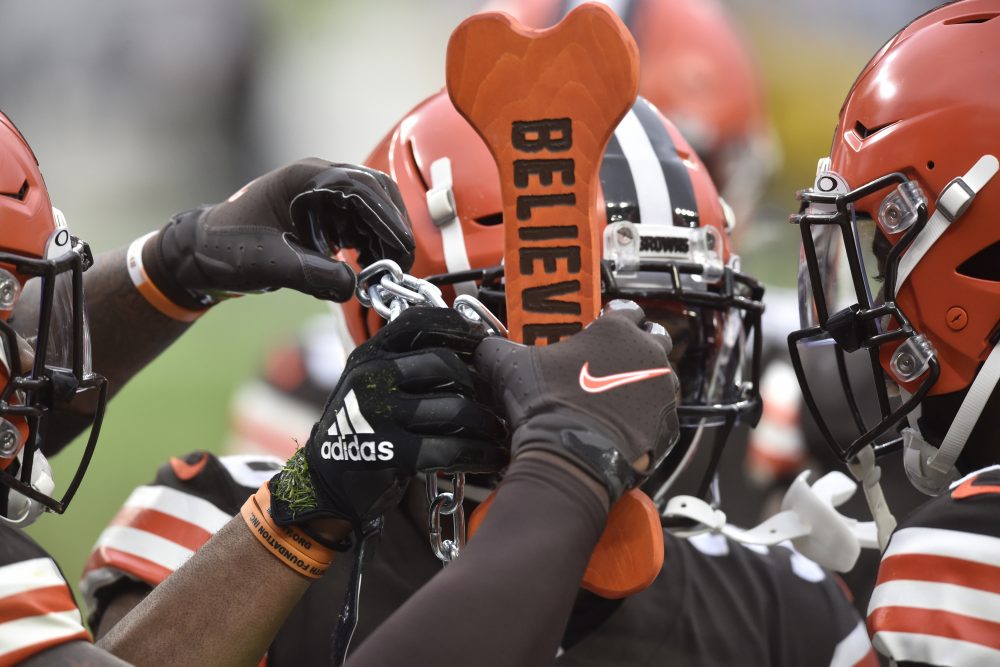 You can’t make this stuff up.

Even if you could, you wouldn’t dare.

It’s for moments like this that the phrases “I mean really?” and “Seriously?” were invented. The team that has the longest playoff drought in the NFL finally wins a game that puts it into the playoffs — and 48 hours later the team is gutted by COVID-19.

Talk about bait and switch.

If this would have happened back in the ’60s, when No. 32 was playing, Jim Brown would have kicked COVID’s butt, and that would have been that.

This is different. This is the real world, as an uninvited guest, violating the sanctity of the serenity we seek when escaping to the world of sports.

Put another way: This stinks. I could use a more graphic word, but this is the journalism world, and we have our boundaries.

This is also not to trivialize the seriousness of COVID-19 and the pandemic that has turned our lives upside down for almost a year. Obviously, the world of sports isn’t as important as real life. We visit the world of sports but we live in our real lives.

In the big picture, sports serve as background music that is lovely to look at and delightful to know. So it’s important to keep everything in perspective.

But, I mean, really?

I’ve lost count. Is it 10 or 15 Browns players and/or coaches who have been COVIDED out of the picture for Sunday night in Pittsburgh? Or are we closing in on 20? It seems to change daily, and rarely for the better.

Frankly, it’s surprising that there haven’t been even more COVID brush fires than the ones that have surfaced in the league this season, given the amount of sweating, spitting, heavy breathing and bleeding that goes on in an NFL game.

It only takes one outbreak within a team to ruin a season or imperil a trip to the playoffs. Regardless of what happens in Pittsburgh on Sunday night, this will still go down, for a number of reasons, as one of the best and most important post-Paul Brown Browns seasons ever.

It should also be pointed out that just because their head coach, a few assistant coaches and enough players to make the fans nervous will be sitting out “The Steelers! The Sequel!” doesn’t mean the Browns have no chance of winning.

It does mean they have an increased chance of losing, and a legitimate excuse for the ages if they do. But this is also the stuff from which movies are made, legends are born, reputations are polished and Mayfields are Bakered.

Where were you when the Browns, without their head coach, missing a half dozen (or more) players, went on the road, into Pittsburgh, and in their first playoff game in nearly 20 years, facing a future Hall of Fame quarterback, beat the Steelers for the second time in eight days?

Everything has already gone wrong for the Browns this week, but if everything goes right for them on Sunday, this is a Ken Burns documentary waiting to happen.

The natural and understandable knee-jerk reaction to this week’s COVID clothesline is to summon the overworked, nearly hoarse “Woe is Us” Cleveland Chorus for a couple of verses, asking why this is happening now, on the eve of the playoffs, rather than the week of, say, the Jacksonville game.

As they say in the what-is-it business, it is what it is.

Sunday will either be the Browns’ most impressive win ever, or their most explainable defeat.

They’re playing with house money now. They’re 11-5, with a chance to go 12-5, but a better chance at 11-6. At the start of the season, how many Browns fans wouldn’t have signed up for that?