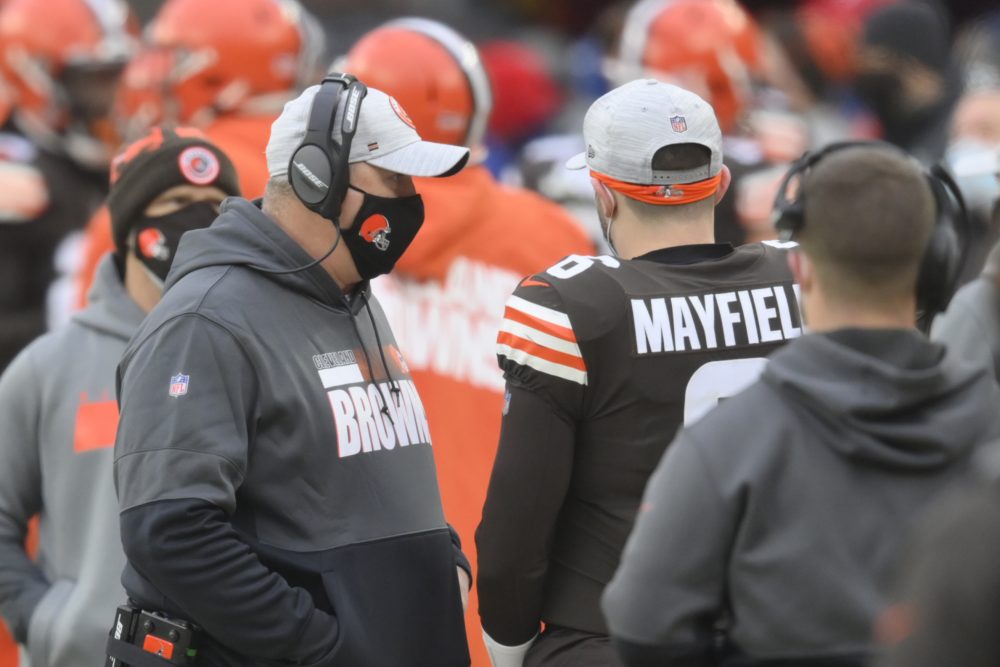 With coach Kevin Stefanski out for Sunday’s playoff game vs. the Steelers after testing positive for COVID-19, the coaches and players will have to fend for themselves.

“It’s tough when you lose your leader,” Van Pelt said Thursday. “But at some point, it’s like being a parent and sending your kid to college. Hopefully you’ve done enough to get him ready for what’s ahead, and I think that’s kind of the mindset.”

Van Pelt will call plays Sunday for the first time since he was coordinator with the Bills in 2009. Stefanski has handled the role all season.

“Just try to do it as well as I can,” Van Pelt said. “I really don’t have an approach. Obviously I have a good feel for Kevin and how he’s called it throughout the course of the season. I want to stay true to his beliefs in offense and I feel the same way. So obviously it’ll be a little bit different just because of the nature. Nobody calls it the same. But hopefully it’ll be very similar.

“We’ve had a lot of success offensively, and my hope is at the end of the game there’s not too many times where he’s yelling at his TV going, ‘What the heck are you doing?’”

Van Pelt wouldn’t reveal the plan at left guard without Pro Bowler Joel Bitonio, who also tested positive Tuesday. He addressed Bitonio in an offensive meeting this week, recognizing him as a big part of why the Browns are in the playoffs for the first time since 2002.

“This is a team that fights. This is a team that’s resilient and kind of getting backed in to the corner a little bit,” Van Pelt said. “So I don’t know if it’s a dedication to those guys or the fact that this team wants to fight and is not going to get bullied into the corner. We’re short some men, but at the same time, I like the group that’s in the room when we do the Zoom meetings, and I like the way their approach has been this week and I feel real good about taking whoever’s left down there to Pittsburgh. I know you’ll get the best.”

Mike Priefer “honored and humbled” to be acting coach, plans to do what Kevin Stefanski would on gameday

TOO EARLY TO TELL

Defensive coordinator Joe Woods said he doesn’t know if he’ll have No. 1 cornerback Denzel Ward back from the COVID-19 reserve list in time to play Sunday. Ward tested positive Dec. 31 and missed the regular-season finale.

If Ward can’t play, Robert Jackson would make his second straight start — the second of his career. He struggled against the Steelers on Sunday, including allowing the long completion that set up a late touchdown.

“Hopefully he can make that jump this week, because I definitely think they’re going to target him,” Woods said.

The defense should get a boost with the return of middle linebacker B.J. Goodson. He was activated from the COVID list Wednesday after missing two games following a positive test.

“He’s the quarterback of our defense,” Woods said. “It’s definitely good to get back a player that’s played well for us.”

NEWS FROM THE OTHER SIDE

The Steelers announced their request to allow more fans into Heinz Field was denied by the state. The state limits total people in the stadium to 2,500, so the Steelers will permit only family and friends Sunday.

Cornerback Joe Haden, who began his career with the Browns, remained on it. He reportedly tested positive Saturday and won’t be eligible to play.