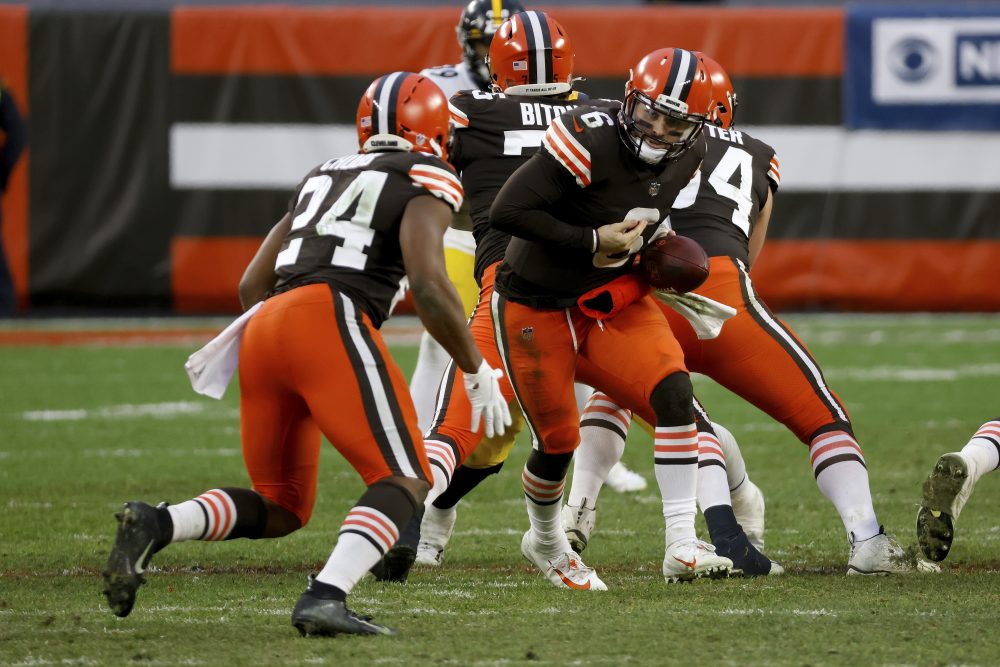 Two days before their first playoff game in 18 years, the Browns will practice for the first time this week Friday afternoon.

The team facility in Berea had been closed since Tuesday, when coach Kevin Stefanski and four others tested positive for COVID-19. The Browns received permission from the NFL to open Friday, with practice set for 4:30.

The session will be held in the field house and closed to media due to COVID protocols.

Practice Wednesday and Thursday was canceled, and all the preparation was done virtually. Quarterback Baker Mayfield said Thursday he hadn’t thrown a ball since the 24-22 win over the Steelers last Sunday.

The Browns and Steelers will meet again Sunday night in Pittsburgh in the wild card round.

“We are going to have to bank on the timing and the things that we have worked on to this point with having limited reps this week,” receiver Jarvis Landry said Thursday. “We can’t use this as an excuse. We can’t use this as something that is going to hinder us. I can’t even say that to you. We just have to find a way.

Assistant offensive line coach Scott Peters was the only positive test within the organization Friday, a league source confirmed. He was identified Saturday as a close contact to line coach Bill Callahan, who tested positive.

O’Shea may be able to coach Sunday, but the rest are out due to the timing of their positive tests.

Safety Jovante Moffatt was placed on the COVID-19 reserve list Friday as a close contact, and practice squad center Javon Patterson was activated from the list.

Bitonio, Harrison, Hodge and Moffatt are definitely out for Sunday.

Myles Garrett, Jack Conklin named 1st-team All-Pro
Myles Garrett vows to treat 1st playoff game like it’s his last: “Anything we get, we are going to have to take”