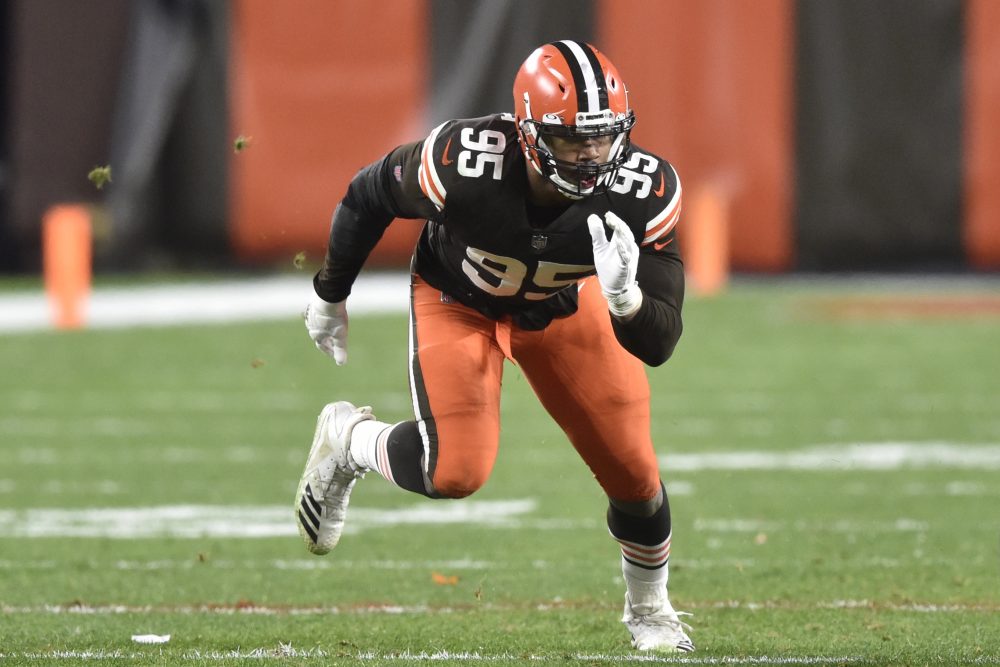 Garrett was chosen first-team All-Pro for the first time after being the No. 1 pick in the 2017 draft.

Right tackle Jack Conklin also made the first team. He was picked as a rookie in 2016 with the Titans and signed with the Browns as a free agent in March.

The Associated Press All-Pro team is selected by a nationwide panel of 50 media members who regularly cover the NFL. The teams were announced Friday.

The Browns went 11-5 and will play the Steelers on Sunday night in Pittsburgh in a wild card playoff game.

Garrett was selected for his second Pro Bowl this season. Bitonio was also named a Pro Bowl starter in his third straight selection.

Conklin and Teller were left off the Pro Bowl roster.

Baker Mayfield hasn’t thrown since Sunday after practice canceled again but says “no excuses,” Browns ready to take advantage of playoff chance
Browns set to practice for first time this week after facility cleared to open