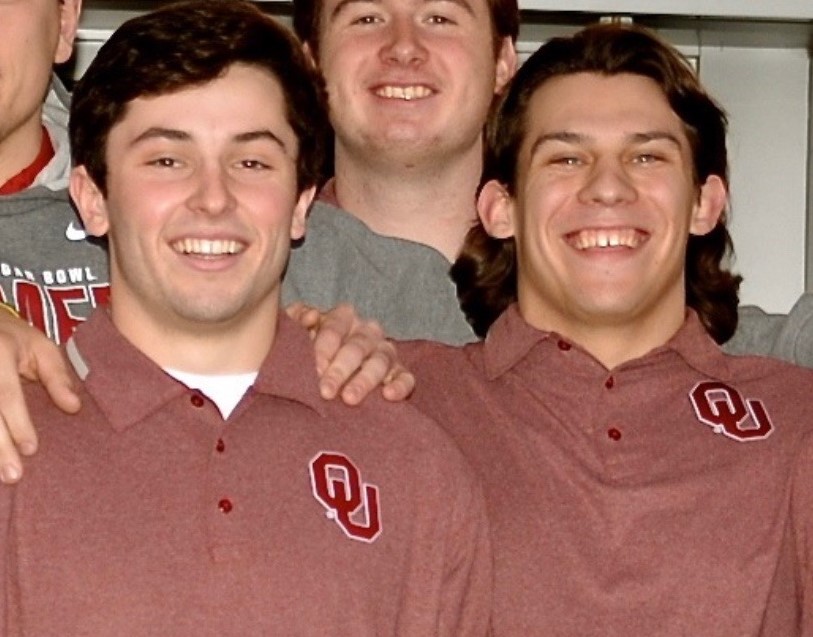 Joe Palange never expected the Browns to draft his good buddy Baker Mayfield. Especially when they had the No. 1 pick in 2018 after going 0-16.

But Palange never doubted the “dude” he loves “to death” and the team he grew up passionately cheering and defending would be a perfect fit.

“He’s always felt that it’s him vs. the world, and that’s how Cleveland is,” Palange told The Chronicle-Telegram on Saturday in a phone interview. “I’ve always told him he would love it here.

“I shared a whole lot more with him about the culture of Cleveland than the Browns. But I definitely had made more than one comment about how Browns fans are obsessed with the Browns. For better or worse, I guess.”

Mayfield has repeatedly brought up Palange during interviews to say he knew of Cleveland’s passion before coming to town. Palange went to St. Edward High School and spent a couple of years as Mayfield’s teammate at the University of Oklahoma sticking up for his hometown and home team.

In his third season, Mayfield has stoked the fire among the faithful, leading the Browns to 11 wins and their first playoff appearance since 2002. He’ll try to snap the organization’s 17-game losing streak in Pittsburgh on Sunday in prime time without coach Kevin Stefanski and left guard Joel Bitonio, who tested positive for COVID-19 on Tuesday.

“Out of nowhere he’s making the Browns a really great team and I’m glad to have him as a friend and I enjoy watching it,” said Palange, who lives on Cleveland’s west side and is a union construction worker.

Mayfield got a glimpse of the enthusiasm of Browns fans when he came off the bench as a rookie to snap a 19-game winless streak on a Thursday night vs. the Jets, opening fridges of Bud Light across the city and igniting a party. Ending the playoff futility with a 24-22 win over the Steelers last Sunday at FirstEnergy Stadium took the excitement to another level.

“It was a fit from the very beginning,” Mayfield said this week. “Having somebody who has told the stories about Cleveland football, just the city in general, before I was ever here definitely painted the picture and made it so surreal for that moment after the game to truly happen.

“We are not satisfied. Our goal was not just to make the playoffs. It is the steppingstone to get to where we want to go. It definitely means a lot to end that long drought, but like I said and continue to say, there is a new standard and we need to continue to have that mindset.”

Palange’s experience as a Browns fan is like that of many under the age of 30.

“Before now, they were dogs— most of my life,” he said.

That changed this season with the arrival of Stefanski and the development of Mayfield. Next on the to-do list is to win a playoff game for the first time since 1994. The Browns are 0-2 in the postseason against the Steelers, falling in 1994 and 2002, their most recent games.

“He used to give me the hardest time about being a Browns fan,” Palange said. “He gave me a hard time about everything. I think my brother has a text message from him in like 2015 making fun of us.”

The overachieving two-time walk-on quickly adapted after then-general manager John Dorsey went out on a limb and drafted him ahead of Sam Darnold, Josh Allen and Lamar Jackson. Mayfield was suddenly at home in an underappreciated city.

“He has just one of the most enormous chips on his shoulders that you’ve ever seen,” Palange said. “It’s like surgically attached. Nobody’ll ever get rid of it, it’s going to be there forever.”

Stability and loyalty are important to Mayfield.

“He’s like a foxhole guy,” Palange said. “His guys are his guys. His close friends are his close friends. Those are his guys and he’s with them forever. Cleveland’s kind of that way. Either you’re with us or you’re not. The culture of the town is very strong and people are proud to be from here.”

“Just like he embraced the city, he loves the grit of the town. He’s a gritty guy, so I think it fits. He plays really hard. He reminds me of a Pete Rose the way he plays football.”

Baker Mayfield, right, and Joe Palange have been friends since their days at the University of Oklahoma.
PHOTO PROVIDED BY JOE PALANGE

Mayfield has said Cleveland’s passion for football seemed natural to him after growing up in Texas and playing at Oklahoma. He and Palange became close friends while on the scout team — the quarterback and fullback — and Palange spent college breaks at the Mayfield house in Austin, Texas. They remained close and Palange was thrilled to welcome him to town after the draft.

He said a “million” people texted him when Mayfield first mentioned him publicly.

“One day I was a guy, I was just Joe Palange, and then the next day I was that guy that knows Baker Mayfield,” he said. “I appreciate that he respects my opinion about stuff and wanted to share with people that I had told him some things about it.”

Mayfield even borrowed one of Palange’s phrases to capture the organization’s journey from dysfunctional mess to playoff team. He cleaned it up for the masses.

“I laughed at the crap burger thing,” Palange said. “It’s one of my adages I used to always say. Nobody wants to do the stuff that sucks.

Mayfield went through his well-publicized struggles last year, throwing 21 interceptions in a Year 2 regression that had him doubting himself.

“So last year was just rough because he really wasn’t himself,” Palange said. “He was having a hard time and I felt for him.

“Baker is by far the most impressive competitor I’ve ever been around. There’s no doubt in my mind he was going to be a really good NFL football player.”

He’s certainly looked like that over the second half of the season.

Palange said Mayfield doesn’t want to be treated like “some big deal.” He doesn’t have to worry about that with his old Sooners buddy.

“He’s not that cool to me,” Palange said. “I knew him in college and he was one of my stupid friends and I love him to death.”

When Palange watched Mayfield run the scout team, he thought he could win the Heisman Trophy, which he did, and lead Oklahoma to a national title, which he came close to doing. He didn’t think Mayfield would be more than a late-round draft pick, but the NFL’s thinking changed on shorter (6-foot-1) quarterbacks and the rest is history.

“Before the draft he texted me out of nowhere and said something like, if I go to Cleveland, we’re going to own that city,” Palange said. “I was like, maybe this is actually going to happen.

“I remember watching the draft and him getting picked and he FaceTimed me. It was pretty exciting. Just a strange collision of your worlds.”

Palange’s worlds look like they’re going to be colliding and connecting for years to come.

“It’s clear to me that he’s probably going to be here for the long run, another 10, 12 years playing quarterback for this team,” he said. “I hope he wins us a bunch of games.

“I’ll probably have to see T-shirts with his face on them forever, until I’m 70 years old.”

Baker Mayfield leads Browns to playoffs with his attitude, arm and legs
Confident Baker Mayfield proves people wrong again in playoff stunner over Steelers: “No one believed in us, besides us”