Browns-Steelers Matchups: Who’s got the edge? 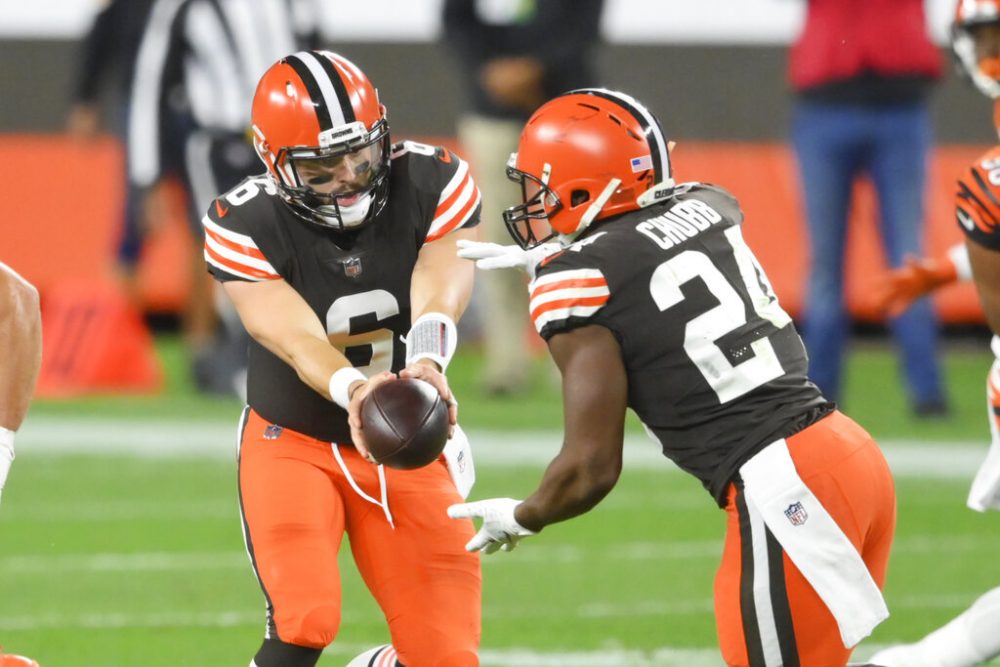 If the Browns don’t win this matchup, they won’t have a chance.

Nick Chubb is the offense’s best player, is well-rested and the perfect way to take time off the clock and keep the pass rush away from Baker Mayfield. The Steelers have a bunch of studs on defense but are missing outside linebacker Bud Dupree ad inside linebacker Devin Bush. They rank 10th in the league against the run, allowing 111.4 yards a game. They’re 12th at 4.3 a carry.

Chubb and backfield mate Kareem Hunt can’t do it by themselves, especially if the Steelers dare the Browns to throw, but they must be effective. The team’s identity can’t disappear in the playoffs.

Mayfield’s playoff debut won’t be an easy one. The Steelers led the league with 56 sacks and ranked second with 27 takeaways, including safety Minkah Fitzpatrick’s pick-six on Mayfield’s first pass in Week 6. Mayfield is playing light-years better and is coming off a turnover-free win over the Steelers to clinch the playoff spot, which included four runs to pick up first downs. He’s thrown 11 touchdowns and one interception over the last eight games, posting a 100.1 passer rating. The Steelers make life difficult on all quarterbacks, ranking third against the pass (194.4 yards) and first in opponent passer rating (76.7).

The key for Mayfield will be throwing when the Steelers aren’t expecting it. If the Browns get in third-and-long, the line will struggle to keep outside linebacker T.J. Watt and linemen Cam Heyward and Stephon Tuitt off Mayfield. He was sacked eight times in the two meetings this year. If the All-Pro Conklin isn’t available to match up with Watt, the Browns will be missing a pivotal cog on each side.

The Steelers will be without cornerback Joe Haden, which helps the Browns, but they still have Fitzpatrick roaming the middle of the field. Stefanski’s plan may be to throw early while the Steelers are focused on taking away the run. Mayfield must take advantage of those opportunities, targeting receivers Jarvis Landry and Rashard Higgins and his tight end group of Austin Hooper, David Njoku and Harrison Bryant.

The Browns have many matchups to sweat. This isn’t one of them.

The Steelers had the league’s worst rushing attack this season with 84.4 yards a game. Running back James Conner has had success against the Browns in his career (440 rushing yards, 4.73 average, five TDs in six games) but is an afterthought in Pittsburgh’s plan.

The Browns will miss defensive end Olivier Vernon’s power setting the edge after his Achilles tendon rupture last week, but they’d be happy if the Steelers tried to pound the ball. The Browns ranked ninth vs. the run (110.8), a huge improvement over most of their teams from the last two decades.

Cleveland’s back seven has been sketchy all season. With No. 1 cornerback Denzel Ward and top nickelback Kevin Johnson on the COVID-19 reserve list and out for the game, the Browns would settle for sketchy. Robert Jackson is expected to start again for Ward, with M.J. Stewart Jr. taking over for Johnson in the slot. No. 2 corner Terrance Mitchell was listed as questionable (not injury related) but made the trip to Pittsburgh and is expected to play. If he can’t, undrafted rookie A.J. Green would probably get the call.

The question is whether Pittsburgh’s Ben Roethlisberger can exploit the vulnerability. He struggled with the deep ball much of the season before finding something in a second-half rally against the Colts in Week 16 to win the AFC North title. If Roethlisberger doesn’t have his touch, the Browns can crowd the line of scrimmage and make life hard. But if his arm feels strong after a week of rest, he’s got the weapons to make the Browns pay in receivers Chase Claypool (873 yards, nine TDs), JuJu Smith-Schuster (831, nine) and Diontae Johnson (923, seven). The short-handed Browns won’t be able to stop the trio, so they have to limit the deep completions and tackle well after the short ones.

Returner Ray-Ray McCloud gives the Steelers a threat the Browns don’t have in Donovan Peoples-Jones or D’Ernest Johnson. The Browns have been uninspiring on special teams all year, except for a few blocked place-kicks. They should be satisfied with breaking even.

The Steelers get kicker Chris Boswell back after missing two games with a right groin injury. He’s made 19 of 20 field goals and 34 of 38 extra points.

Cleveland has Cody Parkey, who started strong, missed four kicks over three games but rallied to make all four kicks in the finale. Heinz Field is a tough place to kick, but at least the crowd will be only friends and family.