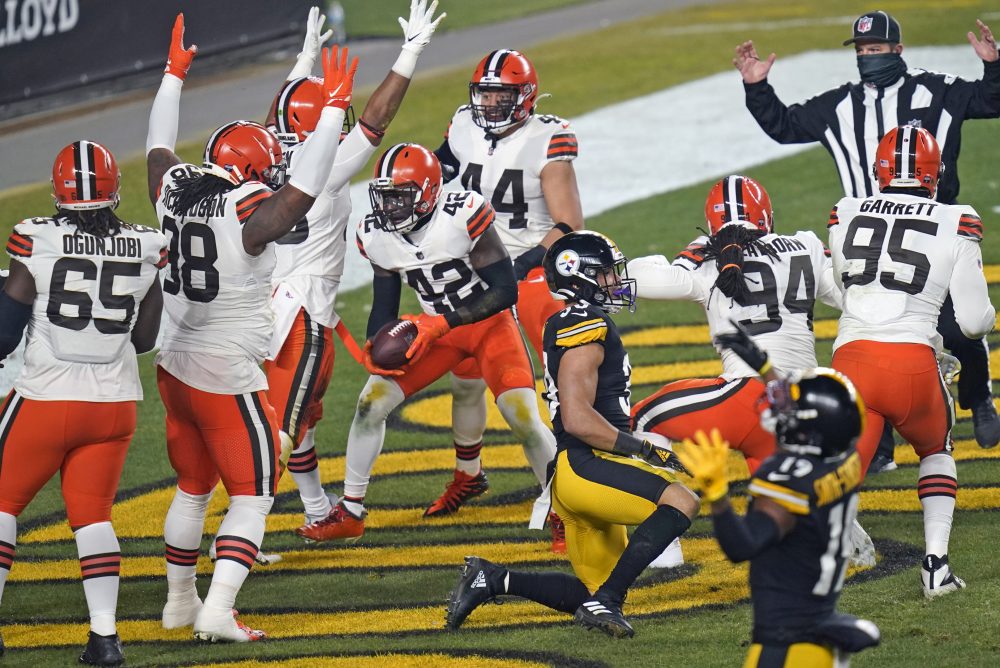 Pulling off a second straight upset won’t be easy for the Browns.

The Chiefs are 10-point favorites. They’re the defending Super Bowl champs. They went 14-2, earned the No. 1 seed in the AFC and had a bye last week while the Browns were beating the Steelers. They have arguably the best quarterback on the planet.

But they’re not invincible.

While the Chiefs haven’t lost a game in which they played their key starters since Oct. 11 — they rested Patrick Mahomes and others in Week 17 — they haven’t won a game by more than six points since Nov. 1, and that was against the Jets. They just haven’t looked like the dominant force that stormed through the league last year.

And it’s difficult to make it back to the Super Bowl, unless you’re the Patriots with Bill Belichick and Tom Brady.

The Browns are overflowing with confidence after the 48-37 win in Pittsburgh and won’t be intimidated by coach Andy Reid, quarterback Patrick Mahomes, receiver Tyreek Hill and tight end Travis Kelce.

Here’s what the Browns need to do to stun the Chiefs and return to the AFC championship game for the first time since after the 1989 season:

The defense isn’t good enough to consistently stop Mahomes and his supporting cast. It needs a couple of takeaways, just as it did against the Steelers.

Getting five for a second straight week will be nearly impossible, but two or three would go a long way. The Browns may not be able to win without them.

The Chiefs are going to move the ball, and the Browns defense may even encourage them to methodically march down the field by taking away the deep pass. The resistance must come in the red zone. If the Browns can hold the Chiefs to a couple of field goals instead of touchdowns, the chance for an upset grows.

The opposite, of course, applies to the offense. Field goals won’t cut it when Mahomes is a threat to reach the end zone every time he touches the ball. The Browns didn’t settle for field goals in the first half against Pittsburgh and must not against the Chiefs.

The Chiefs trailed by at least 10 points in all three of their playoff wins a year ago, but getting a big lead is still the best way to beat them. If the Browns can jump on top, perhaps by throwing it early to loosen up the defense, that would allow them to turn it over to Nick Chubb and Kareem Hunt to eat clock and wear down a defense that isn’t dominant.

Mahomes excels in the pocket and on the move, but it’s more difficult with a defender in his face. It’s dangerous to blitz him given his escapability and tremendous arm strength, but if the Browns can drop seven in coverage and get to him with a four-man rush, Mahomes could get frustrated and may be forced into a costly mistake. Myles Garrett is the key to that plan. He always has the potential to take over a game, and this would be the perfect time. With Chiefs right tackle Mitchell Schwartz on injured reserve, the odds improve greatly.

Baker Mayfield has played as well, if not better, than Mahomes over the last 11 weeks. Mayfield’s thrown 19 touchdowns and two interceptions over that span, while Mahomes has 23 and five.

Mayfield beat Mahomes in college and won’t concede anything. The Browns probably can’t win without a big-time performance from the run game. There’s no way they can win without Mayfield playing well.