Starting O-line back together, as right tackle Jack Conklin active, in starting lineup 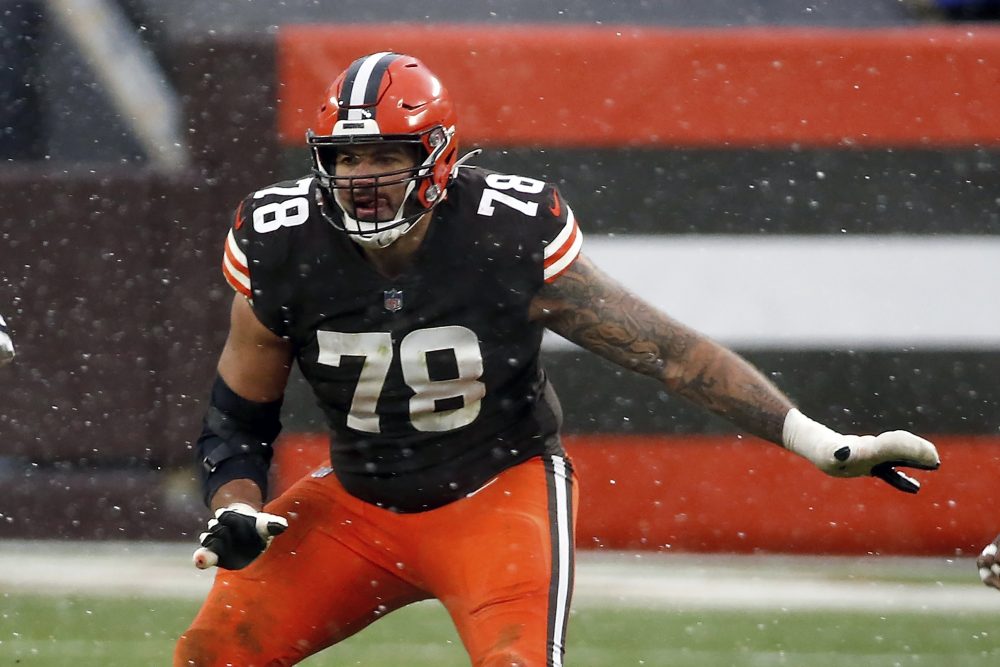 The starting five is back together.

The Browns’ No. 1 offensive line will be complete today, as All-Pro right tackle Jack Conklin is active and in the starting lineup for the divisional playoff game against the Chiefs in Kansas City, Mo. Kickoff is set for 3:05.

“This way to the Endzone!” Conklin posted on Instagram with a picture of him blocking a defender.

Conklin was listed as questionable on the official injury report with a hamstring injury. He left the wild card win over the Steelers last week in the second quarter, didn’t practice Wednesday and Thursday and was limited Friday.

Conklin was voted first-team All-Pro for the second time in his five-year career.

The other missing piece up front was Pro Bowl left guard Joel Bitonio, who was activated Friday from the COVID-19 reserve list. He’s back after testing positive Jan. 5 and missing the 48-37 triumph over the Steelers, Cleveland’s first playoff win in 26 years.

Goodson said Wednesday he’d play and he’s expected to be in the starting lineup.

The Chiefs will be without two of their top skill players, as rookie running back Clyde Edwards-Helaire (ankle/hip) and receiver Sammy Watkins (calf) are inactive.

Veteran Le’Veon Bell will replace Edwards-Helaire, and Mecole Hardman and Demarcus Robinson will get more playing time at receiver.

Chiefs right tackle Mike Remmers (illness) is active after they changed his status to questionable in the hours before the game.

The Chiefs’ inactives included starting cornerback Rashad Fenton (foot/ankle), who had been listed as questionable. Linebacker William Gay (ankle) was ruled out Friday.