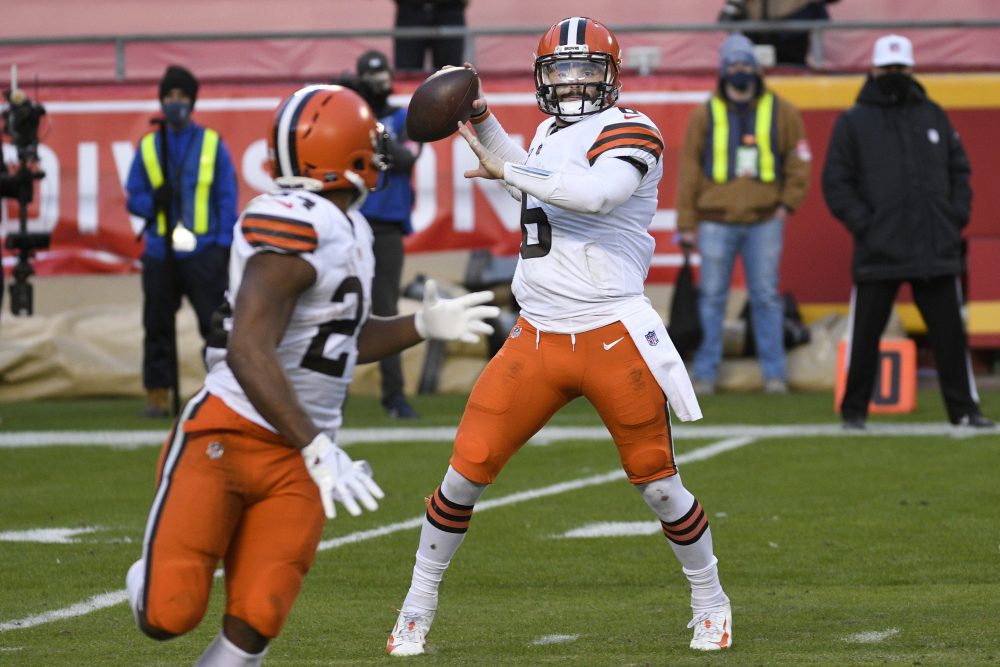 He won’t say whether that means he plans to pick up the fifth-year option on his rookie contract by May, or try to sign him to a long-term extension this offseason that would tie him to the franchise for the foreseeable future.

“I think you guys know me well enough at this point that in terms of contracts I don’t think that this is really the appropriate forum to really talk about those decisions,” Berry said Wednesday. “I think that that’s something that’s a little more personal to me, the player and the agent.

“What I can tell you is really I’d echo the comments I had last week with Baker. I think he did an excellent job this year, right? He led us to the first playoff appearance in eons. He got 12 wins, played winning football all year, developed a really strong relationship with Kevin (Stefanski, coach) and the offensive staff and really grew before our eyes on a week-to-week basis both on and off the field. We’re very, very pleased with him. Look, we wouldn’t be where we were at the end of the season without his performance. He had a really strong season.”

Because he hasn’t made a Pro Bowl in his first three seasons, the fifth-year option for Mayfield, the No. 1 pick in 2018, is expected to be around $20 million for 2022. It would be guaranteed under the new collective bargaining agreement reached last year.

Berry said the team’s general philosophy is to sign players to extensions with a year or two left on their deals, but that varies depending on the player. Another issue to consider this offseason is the expected drop in salary cap given the reduced revenues of 2020 due to the pandemic.

Stefanski has also been complimentary of Mayfield’s development, especially as he got comfortable in Stefanski’s system as the year progressed. But Stefanski stopped short of calling him a franchise quarterback Monday.

“Baker continued to get better all season,” Stefanski said. “He did the things we asked him to do. He definitely led this football team from Day 1 until now.

“I would still tell you that these things tend to figure themselves out. We have a bunch of ballgames to look at with him and find out ways that he can get better, but in terms of the ‘franchise quarterback’ thing, I do not even know necessarily what that means.”

Notes: Wyatt Teller says “I want to be here,” it’s important for him to get healthy in offseason

THIS STORY WILL BE UPDATED.