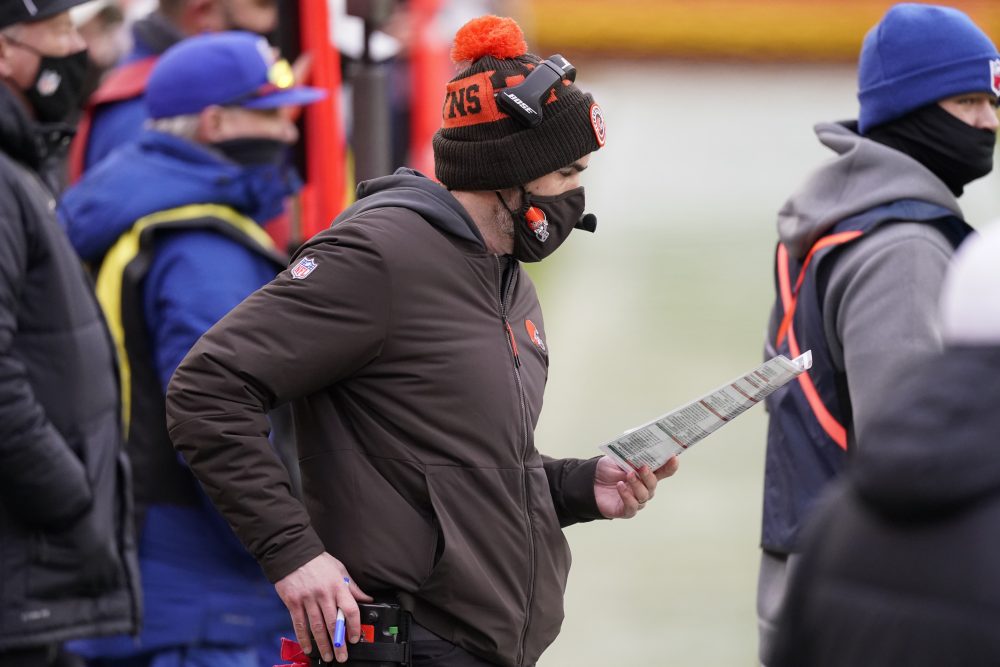 He stopped the carousel. He established credibility. He took the Browns back to the playoffs.

Kevin Stefanski was named NFL Coach of the Year on Thursday by the Professional Football Writers of America, gaining recognition for the transformative job he did in his first season.

Receiver Odell Beckham Jr. thought it was a no-brainer.

Marty Schottenheimer won the AFC award in 1986, the only other time a Browns coach has been honored by the PFWA.

Stefanski is also a favorite for the Associated Press honor to be announced Feb. 6, the night before the Super Bowl.

“I think it’s just a reflection on the team,” he said on 92.3 The Fan. “You have a bunch of good players, I could not be more proud of our coaching staff. I think the men and women we assembled on this staff and the way that they worked together, it was a collaborative effort.

“Any type of individual award for me or for any of our players I think speaks to the team. So if it sheds light on the great job that our coaching staff did, that our players did, then I’m all for it.”

Bills general manager Brandon Beane was selected as Executive of the Year, and Bills offensive coordinator Brian Daboll was named Assistant Coach of the Year. Daboll was coordinator for the Browns under Eric Mangini in 2009-10.

The Browns went 11-5 during the regular season, their best record since 1994 under Bill Belichick. They made the playoffs for the first time since 2002 and won their first playoff game since Jan. 1, 1995.

Stefanski posted the best record among new NFL coaches, and the 11 wins were the most for a first-year Browns coach since Paul Brown’s 12 when he founded the team in 1946.

The turnaround was executed despite the difficult conditions of playing a season during a pandemic.

Stefanski didn’t meet most of his players until they reported for training camp in late July, as the entire offseason program was conducted virtually. He also didn’t have any preseason games to work on the new offense and defense he and his staff installed.

The season also contained obstacles, such as canceling or rescheduling practices and being without players after positive COVID-19 tests.

Stefanski tested positive and was forced to miss the wild card win in Pittsburgh. He returned for the divisional round, and the Browns lost 22-17 to the Chiefs on Sunday.

“Kevin is unflappable,” first-year general manager Andrew Berry said last week. “Obviously very, very bright and strategic, but he is unflappable. He is the same person every day. Even-keeled demeanor. Fantastic with people. You need that steady hand within your organization with the inevitable ups and downs and adversity that hits in any NFL season, let alone this one specifically.

“I can’t say enough kind and positive words about the job that Kevin and his staff have done.”

Stefanski doubles as the offensive play caller and helped quarterback Baker Mayfield take a huge step forward after his regression in 2019. Mayfield improved throughout the season, throwing 20 touchdowns and two interceptions in his final 386 passes.

The Browns scored 408 points, second in franchise history, and rushed for 148.4 yards a game, third in the league and the most by the Browns since 1978.